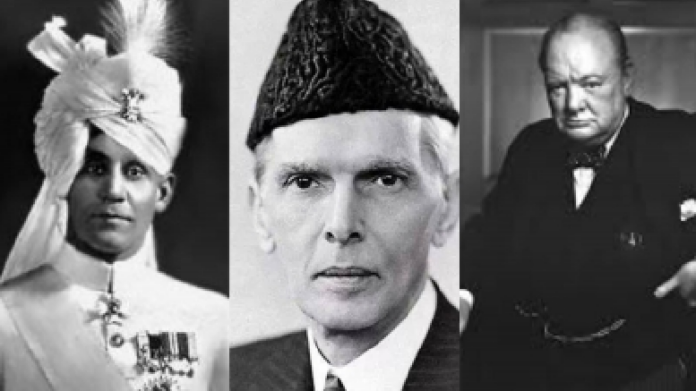 It is said that if you lie down with the dogs, then you rise with fleas. The majority of the universe of the morally corrosive princes were trying its best to hold on to their positions. Many among them led by Hamidullah Khan, Nawab of Bhopal, and also the Chancellor of the Chamber of Princes, were adept at hawking their snake oil pitch by Balkanising the new Bharat.

This reprehensible princely whirligig would have continued indefinitely had Britain then not fixed a date to quit and if the country had not been divided in the pattern of its political and religious affiliations.

So, when the princes gathered in Bombay, they were threatened by the compulsion of events, which held little promise for the future of their Order. When it began to dawn upon them, as Nehru kept reiterating, that it was the people and not the princes who were at last to be the arbiters of Bharat’s fate, and that June 30, 1948, was not far off (the original date of decolonisation given by Mountbatten on his arrival in Bharat).

The majority party within the Chamber led by Bhopal’s nawab considered the Cabinet Mission Plan sacrosanct and entertained misgivings as to the legality of the Consembly (Constituent Assembly). Those who did not know which side to take or make up their minds in the changed circumstances abstained from attending.

Baroda, Bikaner, Patiala, Japiur and Jodhpur, conscious of the time factor and for the need to appease the claims of the people, were for discarding the Plan and joining the Consembly. Kashmir, Travancore and Hyderabad, among others, struck out for independence.

The thinking of the pro-Bharat princes was on these lines:

— Why should the princes be more loyal to the Cabinet Mission Plan than the sponsors of the scheme itself? Had not Britain themselves departed from the scheme by promising to quit Bharat by June 1948?

— The Mission’s Plan, said spokespersons for the Sikh and Central Indian states, was in essence a compromise representing the minimum and not the maximum.

— Further, any concession to Bharatiya thinking by strengthening immediately the Consembly would win universal goodwill, particularly from the Indian National Congress, which was set to rule India (The Maharaja of Bikaner’s role in making up the minds of a large section of pro-India princes by writing a secret memo to the Chamber of Princes is particularly noteworthy.)

The minority view finally prevailed: Princely India would strengthen nationalist forces, and join the Consembly through their association, subject of course to accepting the fundamental propositions laid down in their January Resolution. At the same time, the Muslim brotherhood of princes stood aloof, waiting to see the emergence of Pakistan, to which they hoped to ally themselves.

As the Princes took centrestage at this point, in this story of schisms, the supreme issue of the people’s rights in the shape and form of internal reforms in these states were glossed over. The much publicised profession of patriotism by these overlords was one thing, giving away an inch of power to the people of their states was another. This tussle had another dimension as the Congress under Nehru tried its utmost to bring the democratic process to bear in these States run by tyrants, despots and autocrats.

The Chamber of Princes was nothing but an advisory body, but because they were covertly supported by Sir Conrad Corfield’s Political Department and at another level by Jinnah and Churchill to fragment the New India, they entertained grandiose ideas of self-rule.

The All India State Peoples Conference (known locally as Praja Mandals) was opposed to this plan and insisted on the rulers granting their subjects the fundamentals of life, liberty and pursuit of economic fruits as a preliminary to their association in the task of creation of a free Bharat.

That alone would qualify the princes to a place of acceptable constituent units in a federal union and would alone atone for the unbridled autocracy of which they were justifiably accused throughout their long and chequered course of alignment with the British Crown via the concept of Paramountcy.

Lord Wavell’s exit signalled the doom of Churchillian colonial policy and the liquidation of the British Empire. A homogenous Bharat in the run-up to Independence without the princely states duly integrated was akin to a Hamlet without the Prince of Denmark.

One of the major tent poles in that direction was the Government of India Act of 1935, which came into force on April 1, 1937. It provided for a constitutional relationship between the Indian States and British India on a federal basis. A special feature of the scheme was that, whereas in the case of the provinces, accession to the federation was to be automatic, in the case of the states it was to be voluntary.

The reasons for treating the provinces and the states differently are explained in the following extract from the Joint Select Committee’s report:

“The main difficulties are two: that the Indian States are wholly different in status and character from the Provinces of British India, and that they are not prepared to federate on the same terms as it is proposed to apply to the Provinces.

“On the first point the Indian States, unlike the British Indian Provinces, possess sovereignty in various degrees and they are, broadly speaking, under a system of personal government.

“Their accession to a Federation cannot therefore take place otherwise than by the voluntary act of the Ruler of each State, and after accession the representatives of the acceding State in the Federal Legislature will be nominated by the Ruler and its subjects will continue to owe allegiance to him.

“On the second point the Rulers have made it clear that while they are willing to consider Federation now with the Provinces of British India on certain terms, they could not, as sovereign States, agree to the exercise by a Federal Government in relation to them of a range of powers identical in all respects with those which that Government will exercise in relation to the Provinces on whom autonomy has yet to be conferred.”

The first signs of revolt came. The Nawab of Bhopal now started taking vigorous steps with the Political Department to safeguard the position of the States in any future constitutional changes. At a meeting of the Standing Committee held on September 18, 1944, the Chancellor gave notice of his intention to move the following resolution at the session of the Chamber to be held early in December:

“The Chamber of Princes considers it necessary to reiterate in the most unequivocal and emphatic terms that the Crown’s relationship with the States and the Crown’s power in respect of the States cannot and should not be transferred to any third party or other authority without the consent of the States concerned.

“The Chamber requests His Excellency the Crown Representative to be pleased to convey to His Majesty’s Government the grave misgivings and apprehensions aroused in the States by the recent tendency to alter the States’ relationship with the Crown and to qualify the observance of the Crown’s obligations by unilateral action without the consent of the States, notwithstanding the solemn Royal pronouncements that these Treaty Rights shall be maintained unimpaired and the recent assurance conveyed to the Indian Princes by His Majesty’s Government that the fulfilment of the fundamental obligations arising out of their treaties and sanads remains an integral part of His Majesty’s Government’s policy.”

On November 26, 1944, Lord Wavell, as President of the Chamber, disallowed this resolution on the ground that it would be undesirable at any time to ventilate in public the subject matter of the resolution because of the very delicate issues which arose out of it, more so at a time when the matter had already come under discussion between the rulers and the Viceroy.

This, coupled with the replies, which the Chancellor had received from the Political Department with regard to some other points which he had raised, caused much dissatisfaction in the Standing Committee. Early in December, they resigned in a body as a protest against the gradual deterioration of the position of the states and the disregard of their legitimate interests.

On December 4, 80 rulers met informally in Delhi under the chairmanship of the Maharaja of Gwalior and endorsed the stand taken by the Standing Committee. Lord Wavell, who was anxious to placate the rulers, met the Chancellor and had long discussions with him.

Finally, on June 25, 1945, Lord Wavell assured the rulers that there would be no future transference of the relationship of the States with the Crown to any other authority without their consent, provided the rulers on their part gave the assurance that their consent to any changes which emerged as a result of negotiations would not be unreasonably withheld. The Chancellor had no hesitation in declaring that the rulers had no intention of withholding their consent to any adjustment which might be required under the future constitutional arrangements in India and “which we consider reasonable in the wider interests of India”.

The Standing Committee thereupon decided to withdraw their resignation. On June 11, the Standing Committee of the All-India State Peoples’ Conference passed a lengthy resolution in the course of which they demanded that the Political Department and its agencies should be handed over to the new Government of Bharat or, alternatively, that a new central department should be created immediately to discharge the functions of the Political Department.

Kesari and Mahratta – The pride of Tilak and Pre-Independent Bharat

Aryan Invasion Theory: Why it must be purged from school textbooks