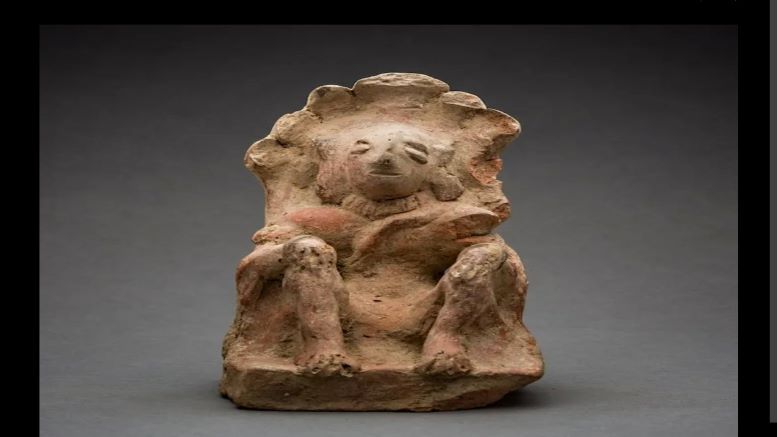 A figurine belonging to the Sindu-Saraswati civilization which is currently in Barakat Gallery appears to be the oldest known depiction of Bhagwan Vishnu.

The figurine is estimated to belong to 2700 BCE thereby making it the oldest depiction of Bhagwan Sri Hari Vishnu. Just like the Pasupati Mahadeva seal belonging to the Sindhu-Saraswati civilization (SSC) provides evidence of similarity between present-day Hindu Dharma and SSC, this image does so too.

However, this Bharatiya heritage is at present lying in Barakat Gallery like many of Bharat’s other ancient, valuable, and priceless heritage. In August this year, Australia returned stolen Bharatiya artifacts in the single largest art repatriation.

It is important for every country to value its heritage. It is only since the Modi government took office that an effort has been made to recover Bharat’s artifacts that had been stolen and sold to galleries across the world. The Bharatiya government had launched an international diplomatic push to recover several thousands of antiques illegally sold abroad after having been looted from its temples.

As surprising as it sounds, the efforts of PM Modi to bring back Bharat’s heritage home began during his term as Gujarat’s chief minister. Those efforts have only been redoubled since he became the country’s PM in 2014.

Much of the credit also goes to The India Pride Project (TIPP) group who has made it their mission to ensure that Bharat’s heritage is returned to her. It has been working tirelessly to bring our deities home. This group of individuals uses their varied skills in art, archaeology, history, investigative reporting, and chartered accountancy to identify and track looted Bharatiya antiquities and then engage with Bharatiya missions abroad and other stakeholders to prosecute art smuggler criminals & buyers of stolen goods.