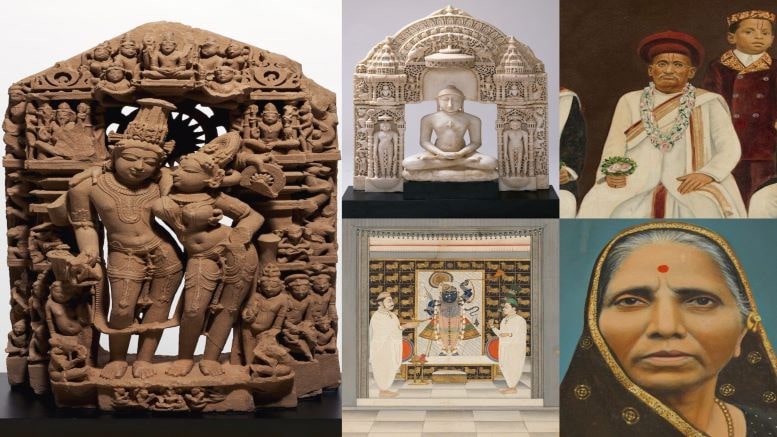 Artefacts that were stolen or looted from Bharat would now be repatriated by the National Gallery of Australia (NGA) in what is its single largest repatriation. In all 13 artefacts that the gallery bought from dealer Subhash Kapoor after it reached the conclusion that many of the antiques were looted or stolen in Bharat. This would be the fourth repatriation of artefacts that NGA purchased from Kapoor.

Three such consignments of artefacts NGA had obtained from Kapoor have already been handed over to the Bharatiya government. It must be noted that Kapoor is presently awaiting trial after having been accused of running an international artefacts smuggling racket.

Among the artefacts to be repatriated are six sculptures, six photographs, a painted scroll and a processional standard. 13 of these items were bought from Kapoor and one was obtained from another dealer. “The gallery believed six of the artworks were likely stolen or illegally removed from India. While the gallery could not establish the provenance of another two items — and did not have any evidence the six photos were stolen — Mr Mitzevich told the ABC they would also be returned to India because the NGA had no faith in Mr Kapoor’s ethics” reported ABC.

The report also quoted NGA Director Nick Mitzevich as saying “We have strengthened our processes and have zero-tolerance now for any inconsistencies in the provenance of a work of art. This is another step towards us building an ethical approach to managing our collections“.

The reality about the stolen artefacts came to light with the arrest of Kapoor in 2012 by the Bharatiya police who then listed the 11th Century Chola bronze vigraha of Bhagwan Nataraja, then housed in NGA, as one of the several items stolen from temples. The vigraha was handed over to PM Modi by then Australian PM Tony Abbott during his 2014 visit to New Delhi.

The NGA has since repatriated five other antique items to Bharat it purchased from Kapoor. Among the artefacts returned are a third-century rock carving and a series of exquisite stone sculptures. Of the total 22 items NGA purchased from Kapoor, only three would remain in its possession after the aforementioned 13 artefacts are returned to Bharat.

This is a major boost for the Bharatiya government’s efforts which had launched an international diplomatic push to recover several thousands of antiques illegally sold abroad after having been looted from its temples. Welcoming the NGA announcement, Manpreet Vohra, Bharat’s High Commissioner to Australia, appreciated the decision as an extraordinary act of goodwill.

Vohra said, “These are outstanding pieces. Their return will be extremely well received by the government and people of India“.

As surprising as it sounds, the efforts of PM Modi to bring back Bharat’s heritage home began during his term as Gujarat’s chief minister. Those efforts have only been redoubled since he became the country’s PM in 2014. Much of the credit also goes to The India Pride Project (TIPP) group who have made it their mission to ensure that Bharat’s heritage is returned to her.

This group of individuals uses their varied skills in art, archaeology, history, investigative reporting and chartered accountancy to identify and track looted Bharatiya antiquities and then engage with Bharatiya missions abroad and other stakeholders to prosecute art smuggler criminals & buyers of stolen goods.

The current repatriation would be one in a series of such priceless cultural artefacts being returned to Bharat by several nations including the US. It is hoped that in the coming days more such artefacts lying in museums across the world would be restored to their rightful place in Bharat’s temples.

Trinidad audience enthralled with Bharatiya version of “Romeo and Juliet”