Introduction to the rise of Hindu civilization in South East Asia 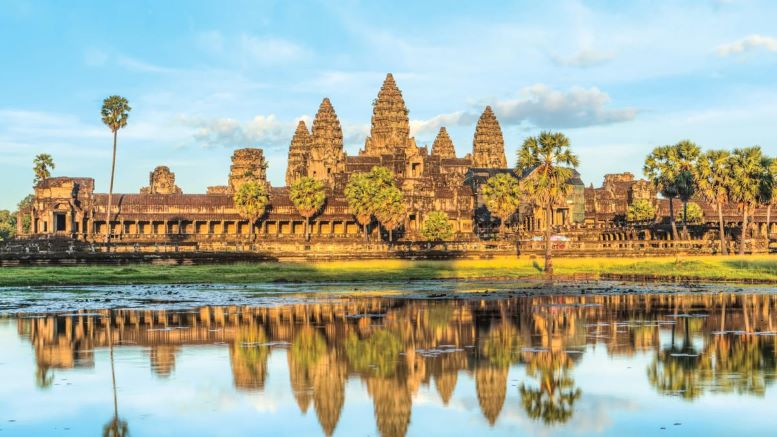 The civilizational connection between Bharat and South-East Asian countries and the spread of Hindu Dharma beyond the borders of Akhand Bharat was reaffirmed by the discovery of a ninth-century Shiv Ling at the Cham Temple Complex in Vietnam’s My Son. In this series, we shall take a detailed look at this fascinating chapter of Bharat’s history and revisit the Hindu dynasties of South East Asia.

The region ‘colonized’, both politically and culturally, by Hindus included Vietnam, Cambodia, Malay Peninsula, Java, Burma, Bali, and Thailand among others. Archaeological and literary evidence suggests that Bharatiyas reached these distant lands through three different routes that can be classified as – by sea, by land, partly by sea and partly by land.

There was a well-established land route between Eastern Bharat and China through Upper Burma and Yunnan used by merchants. From different points along this route, one could travel to Lower Burma and other regions of Indo-China. Several ports of Bharat were connected to different parts of South-East Asia. Broach was the westernmost while Tamralipti was the easternmost point from where vessels set sail for South-East Asia.

It can be said with certainty that the Hindu conquest had taken deep root all over the region from Burma (Myanmar) to Java and Annam by the start of the common era. A large number of Hindu kingdoms came up in South East Asia during the first five centuries of the common era. However, this ‘colonization’ was neither due to deliberate political conquest through military expeditions (though not totally improbable) nor a result of an organized large scale private effort.

“It appears more probable that the colonization was the culmination of what was originally mere adventurous enterprise of individuals or small isolated groups (merchants, Kshatriya chiefs, and religious missionaries) who undertook the risky voyage for their personal ends”, opined Shri RC Majumdar.

The historian also provides an imaginary scenario of how individuals, who received no support from the state or organizations back home, succeeded in both establishing their political authority and transforming the entire cultural life in these distant lands.

In-depth knowledge of the Sanskrit language and a deep acquaintance with Sanskrit literature including skilled use of different metres in the colonies is attested to from the discovery of numerous Sanskrit inscriptions dated to the fourth to seventh centuries CE from Burma, Siam, Malay Peninsula, Sumatra, Java, and Borneo. However, Sanskrit literature made even more astonishing progress in these colonies in the subsequent five centuries.

By far the most significant and greatest contribution of the Hindus was their highly developed religion. All the principal Dharmic sects namely Saivism, Vaishnavism, and Buddhism were introduced in this region. Hindu social customs were also introduced in these regions along with religion.

When speaking of Hindu culture, mention must be made of art and architecture. The influence of Bharatiya styles is evident in all stages of development of both art and architecture even though local styles were developed in different regions with special characteristics of their own.

In the subsequent part of this series,  we shall learn about the Hindu kingdoms of the Malay Peninsula, Kambuja, Champa, Thailand, Java, Bali, Borneo, and Sri Vijaya.