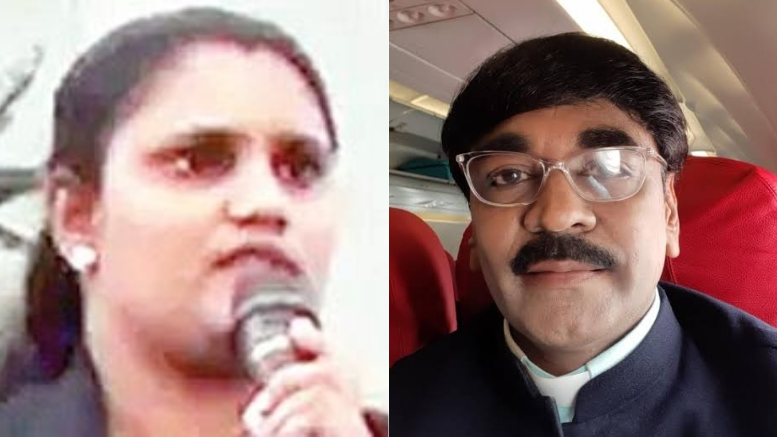 A Pentecostal bishop in Tamil Nadu has accused a woman pastor of swindling money from him. The woman pastor had promised to arrange employment in foreign countries and swindled money from many people.

Later she asked for money in return for finding employment and received Rs.8.5 lakh through bank transfer and in the form of cash. But Godfrey Noble’s son didn’t get the Visa. When he contacted the firm where Maria assured employment, they came to know that the appointment order given by her is fake.

When the pastor demanded the money back, she started threatening him with murder. Police investigation revealed that the woman pastor’s name is Maria Selvam and that she is a Sri Lankan. Police found that she has been cheating many people by promising them to find employment in foreign countries. She has been swindling money from those who come to her church in this manner.

Police said that Muniandy from Theni lost Rs 18.5 lakh to Maria believing her lies. He is said to have self-immolated in the Collectorate in 2019. Even as police were searching for Maria Selvam, she went to the Police Commissioner and filed a sexual harassment complaint against Godfrey Noble’s son. Godfrey Noble is the brother-in-law of notorious evangelist Mohan C Lazarus’s wife.

This has become a menace as many pastors have taken this up almost as a side business and swindle money from gullible followers. In March 2022, a pastor and his wife swindled Rs.10 lakhs from 6 people by promising to find jobs in foreign countries.

In January a pastor and some Tamil Christians were arrested for collecting Rs 1.5 crore from people on the promise of finding jobs in Canada and sending them to the country. The pastor claimed to run an NGO through which he sends poor people to Canada for better employment and get them Canadian citizenship as well.

In December 2020, Victor Jesudas, another pastor had duped daily wagers of Rs.2.27 lakhs by promising scholarships for their children. He had claimed that he would receive money from foreigners through his trust.

In June 2020, Charles, a pastor in Tirunelveli, TN had collected Rs.30 lakhs from youngsters by promising them employment in foreign countries. Upon investigating, police found that he was booked on the same charges a few years ago as well.

A pastor in Salem, TN had promised to build houses for the poor saying that he is receiving money from foreign countries to help them. He collected Rs.25,000 – Rs.40,000 each from more than 200 people to initiate document preparation for construction. He had collected Rs.1 crore in this manner but didn’t build houses. Later he claimed that the money he expected to arrive didn’t come and he spent all the money they had given him.

These are not stray incidents as there are many NGOs that claim to help the poor dupe people of money and property. While there are fraudulent individuals and organisations like this, many Christian FCRA NGOs receive money from abroad to “help” the marginalised and convert them. Activists who are in the know of such devious methods of Christian NGOs have been requesting the centre to repeal FCRA Act altogether.