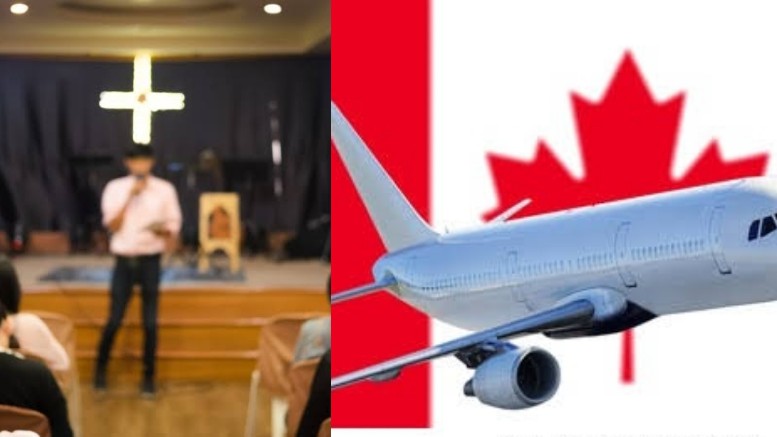 A pastor and some Srilankan Tamil Christians have been booked for cheating people of Rs.1.65 crore by promising to send them to Canada. They claimed to run an NGO through which they promised to send people abroad and get them Canadian citizenship as well. Puducherry police are on the lookout for them.

Pastor Stephen Nithyanandam, a native of Puducherry made the acquaintance of another pastor Johnson Sahayadas in 2018. Johnson’s friend Ramani, residing in Coimbatore, was introduced to Stephen. Pastor Johnson told Stephen that Ramani runs an NGO in Canada through which he has been sending “poor” people to Canada to get them employment and citizenship. He also told him that even though it costs Rs.10 lakhs to send people to Canada they only demand Rs.1 lakh and deduct the remaining from their salary once they are employed in Canada.

Trusting his friend’s words, pastor Stephen convinced 14 people from his congregation to cough up Rs.1 lakh each and gave Rs.15 lakhs (including Stephen) to another pastor Simon Joshua, who allegedly works for the NGO. Later they also conducted a meeting through which they convinced even more people to opt for the “scheme”. In this manner 165 people expressed interest to go to Canada and paid Rs.1.65 crores to the so called NGO.

The money was deposited in 3 different bank accounts of Srilankan Tamils Nicholas Selvakumar, Krishyani and Tamil Selvan. But those who paid the money didn’t receive any information about their travel plans for a longtime and got suspicious. They approached pastor Stephen to return their money. When he approached pastor Johnson and the Srilankan Tamils they evaded his phone calls.

Realising that he and the others have been conned, pastor Stephen filed a complaint with the CBCID police. 6 people including the two pastors have been booked and police are on the lookout for them. Pastors conning people by promising them job, house, passage to foreign countries has become a norm nowadays as many find it difficult to find employment.

In 2017, a pastor in Salem, TN had promised to build houses for the poor saying that he is receiving money from foreign countries to help them. He collected Rs.25,000 – Rs.40,000 each from more than 200 people to initiate document preparation for construction. He had collected Rs.1 crore in this manner but didn’t build houses. Later he claimed that the money he expected to arrive didn’t come and he spent all the money they had given him.

In December 2020, another pastor Victor Jesudas had duped daily wagers of Rs.2.27 lakhs by promising scholarships for their children. He had claimed that he would receive money from foreigners through his trust.

In June 2020, Charles, a pastor in Tirunelveli, TN had collected Rs.30 lakhs from youngsters by promising them employment in foreign countries. Upon investigation police found that he was booked on the same charges a few years ago as well.

These are only a few examples where pastors were hungry for money. There are numerous other cases where they are hungry for “souls” and by promising jobs, scholarships, education and a passage to foreign countries they convert people. The FCRA Act which allows NGOs and trusts to receive funds from foreign funds has been a boon for soul, power and money hungry Christian preachers and religious leaders.

Recently more than 6000 FCRA NGOs’ application for renewal of license has been rejected. Most of them are Christian NGOs. But there are more than 22,000 NGOs still operating in the country, most of which are Christian. So there have been demands from activists who are in the know of devious methods of Christian NGOs to repeal FCRA Act altogether.