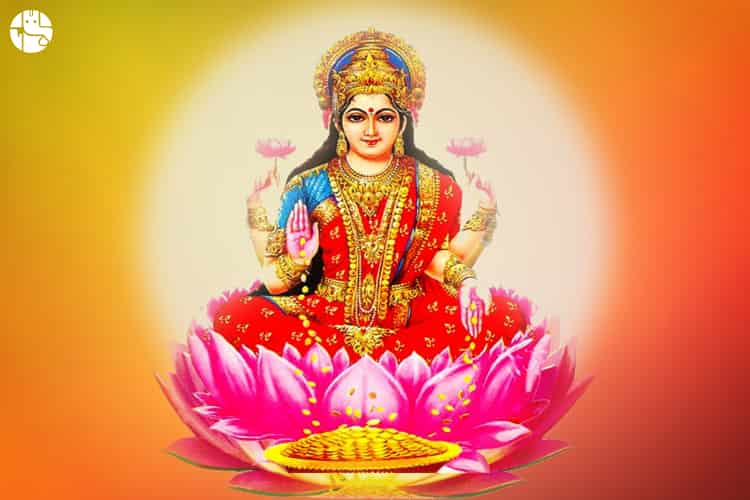 Several festivals are celebrated to appease the deities and gain their favor. One such festival is Varalakshmi Vrat. The festival is celebrated in the Hindu month of Shravan or Tamil month of Aadi or Avani (July-August as per the English calendar). It is conducted on the Friday before Shravan Poornima (Full moon).

Friday is considered auspicious for Devi because She incarnated on a Friday. This festival is mainly celebrated in the southern states of Karnataka, Andhra Pradesh, Telangana, and parts of Tamil Nadu (particularly North Arcot and Tirunelveli). In Tamil Nadu, it is hereditary and handed down from mother-in-law to daughter-in-law but in the rest of the Southern states, it is celebrated in almost all households.

This pooja is held in honor of Lakshmi Devi. Vara is a Sanskrit word meaning boon and it is believed that Lakshmi Devi will fulfill the wishes of the devotees. Married ladies do this pooja for the entire family’s well-being, particularly their husbands.

A mandap or pandal or aasan is constructed to house the Devi. A silver pot filled with rice whose mouth is covered with a coconut and a bunch of mango leaves is placed on a plate of raw rice. The pot is adorned with a prototype of the Devi, beautified with sari, jewels and flowers.

The pandal is also decorated with banana leaves. At the time of the pooja, the ladies bring the Devi ceremoniously. The ceremonious welcoming signifies family members inviting Her into their homes and seeking her blessings.

The main ceremony consists of an elaborate pooja beginning with salutations to Sri Ganesha, followed by the recitation of shlokas dedicated to Maa Lakshmi. Once prayers are offered to the Kalasa (pot), the 108 names of the Devi are chanted, after which a yellow thread is tied to the wrists of all the females.

The pooja is concluded by offering various food items as Prasad and singing the aarti. The menu may vary a little from house to house depending on the family tradition but most of the items of Prasad or offering are the same. The main preparations include idli, neiappams (appams made from a mixture of ground rice, jaggery, and coconut), modaks, chakarai pongal (sweet pongal), wadas, cooked rice, dal, etc.

In the evening, Haldi-Kumkum is distributed to all ladies and girls in the neighborhood. It is said that Maa Lakshmi blesses those who perform this vrat with health, wealth, and prosperity.

The story associated with the Vrat

There once lived a benevolent Raja Bhadrashravas who was a great devotee of Sri Hari Vishnu. His queen was Surachandira and the couple had a daughter named Shyamabala. When the girl came of age, they got her married to the emperor Maladharan.

Once Lakshmi Devi appeared in the disguise of an old married woman at the palace of Bhadrashravas and sought an audience with the queen. The old woman then explained the importance of the Varalakshmi vrat and asked the queen to undertake it. However, Surachandira, in her arrogance, insulted the old lady and drove her away.

Shyamabala welcomed the old woman and learned about the vrat from her. She performed the pooja with utmost devotion, following the instructions given by the old woman. Pleased by her devotion, Devi blessed her with ample wealth.

On the other hand, her parents lost all their wealth because they had turned away Maa Lakshmi, the bestower of wealth. Shyamabala asked her mother to undertake the Varalakshmi Vrat to regain lost riches. Surachandira undertook the vrat and gained Devi’s blessings.

Another story mentioned in the Skanda Purana is that of the pious Brahmin lady Charumathi. It is said that Lakshmi Devi appeared in her dream and asked her to perform the Varalakshmi pooja. Following this, Charumathi and the village women performed the pooja with utmost devotion and received Devi’s blessings.

It is similar to Teej or Karwachauth in that married women pray for the welfare of their husbands and families, and unmarried women/girls perform the vrat seeking good husbands.