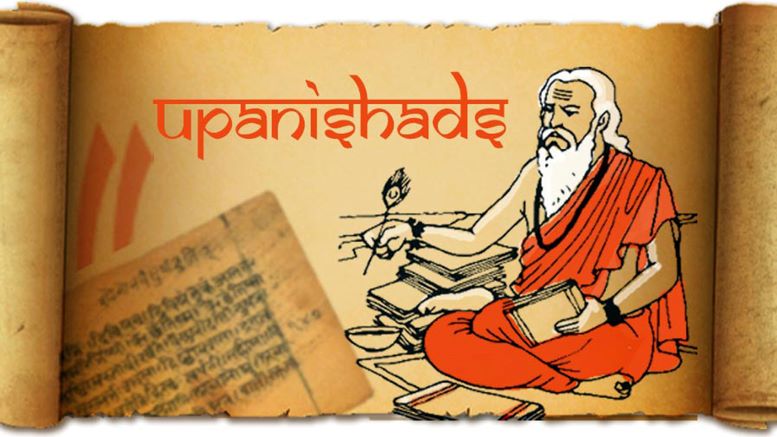 Vedas are the apex of Hindu Dharmic granthas which we introduced to our readers in the first part of this series. They are known as apaurusheya (not of human origin) because their karta (creator) is either not known or most probably forgotten.

Tradition says the mantras have always existed but could not be perceived by ordinary humans. The rishis are mantra-drashtas (those who could see or obtain the mantras) because they had developed powers to perceive the mantras which were then orally passed on from one generation to the next.

As already pointed out, Samhitas and Brahmanas are the ritualistic portions while Aranyakas and Upanishads are the explanatory part of the Vedas. The four together complete the internal sequence of the Vedas.

A layperson who wants to study the Vedas from the knowledge point of view should concern oneself with the Jnana Kanda in general and the Upanishads in particular. While learning the Vedas requires the guidance of a Guru, the philosophical aspects can be understood to a certain extent through self-study.

We have already seen the four Vedas and the surviving Samhitas, Brahmanas, Aranyakas, and Upanishads associated with each. The Samhitas carry the hymns (mantras or ruchas) while the Brahmanas are commentaries that interpret Vedic mantras in relation to the rituals.

Brahmanas use linguistics, etymology, and stories to explain that which is difficult to comprehend in the Samhitas as well as the secret knowledge contained in it. In addition to the explanation of Vedic rituals, the Brahmana texts also carry instructions and dos & don’ts of the rituals.

The Aranyakas bridge the gap between the Karma and Jnana Kandas. They may be considered as the concluding part of the Brahmanas. However, while Brahmanas contain rituals for the house-holders, Aranyakas, derived from the word Aranya meaning forests, carry an explanation of the rituals and their symbolic speculations for a Vanaprastha (forest-dwelling life).

One is expected to reflect upon by way of tapas (penance) and other religious activities in course of the Vanaprastha ashrama (life of renunciation). Aranyakas, therefore, are rituals that have been internalized and philosophized by rishis who experienced them and subsequently worded their experiences.

Upanishads belong to the Jnana Kanda as they encompass the philosophical reflections of the Vedas. The word Upanishad signifies sitting or submitting to the Guru with devotion so as to learn the secrets revealed by the Guru.

The core subject of the Upanishads

The main subject matter of the Upanishads is enabling the disciple to understand the main principle a student should know in order to know everything worth knowing. In simple terms, the student only needs to learn the material cause as everything else is only a derivative of this material cause.

For example: for a potter clay is the material cause and with it he can create pots of various shapes and sizes that can be used for different purposes. Once he knows everything about the clay, he will be in a position to automatically understand other corollaries.

Similarly once a student understands the material cause of this universe, he will be able to reflect upon and decipher the corollaries that follow. The Guru guides his disciple towards understanding this core.

Hindu Dharma believes that before taking the physical or actual form, things exist in the subtle form. A student can understand this concept only when he receives the right guidance helping him to understand the oneness of what is within and that which is outside.

Although the core remains the same, each Rishi explains/expresses it differently according to his own experience. All the Upanishads have dealt with the subject “to know Brahman is to be Brahman” from different viewpoints. 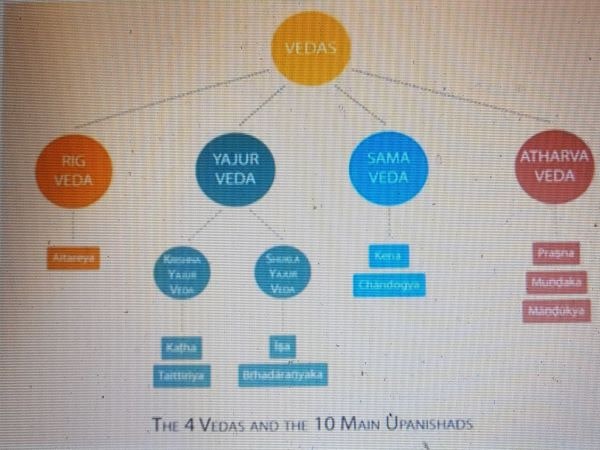 The Muktikopanishad puts the total number of the Upanishads at 108 while some scholars believe that the numbers could be as many as 200 or even more. However, today only 13 Upanishads are extant (we have listed them in Part 1 of this series).

Traditionally only 10 Upanishads are considered to be the most important and this set of 10 is called “Dashopanishad”.

We shall briefly see about each of the ten important Upanishads:

This Upanishad is considered the oldest one and consists of the fourth, fifth, and sixth chapters of Rigveda’s Aitareya Aranyaka. It deals with various Vedic philosophies such as soul, creation, birth, rebirth, etc.

This is an Upanishad of the Krishna Yajurveda that deals mainly with the subject of what lies beyond death. It comprises of two chapters (adhyay) with three sub-chapters (Valli) in each. It may be considered as a guide to Hindu spiritual life.

This Krishna Yajurveda Upanishad deals with the theory of oneness and comprises of the seventh, eighth, and ninth chapters of the Taittiriya Aranyaka. It has three sub-chapters titled Shiksha, Brahmanda, and Bhrigu Vallis.

This Shukla Yajurveda Upanishad is said to be the shortest consisting of 17-18 verses with two recensions known as Kanva and Madhyandina. It is, however, said to be one of the main Upanishads as it deals with the important topic of Atman (self).

This Shukla Yajurveda Upanishad deals with advanced philosophical and mystical concepts. It is a text of the Shatapatha Brahmana and mainly talks of the soul along with other topics such as creation, meditation, knowing the self, Mukti, etc.

This Upanishad belongs to the Talavakara Brahmana of Samaveda. It is believed to be one of the most analytical Upanishads that aims to guide the human mind towards the subtle from the gross. It is also unique because it comprises of both prose and poetry.

This Upanishad falls under the Tandya school of Kauthuma Samhita and comprises of chapters 3 to 10 of Chandogya Brahmana. Among other things, it deals with the process of transformation from individual to universal life, oneness of the universal soul with that of the individual and importance of speech, incantation and language.

This Upanishad of the Pippalada branch of Atharvaveda comprises of six important questions asked by Rishi Pippalada’s disciples. The first three questions relate to the cause and effect of the transient and manifested world while the next three deal with the nature of the soul and the importance of meditation.

The Mundaka Upanishad of Atharvaveda has been written in poetic form with 64 verses of mantras (hymns). It comprises of three parts and two sections in each part. It speaks about creation, types of knowledge, how to attain knowledge, the oneness of all beings, and other spiritual subjects.

This Upanishad of Atharvaveda that deals with the syllable Aum (Om), four states of consciousness, Aum in relation to the individual and universal soul, and several other important concepts of Hindu Dharma in general and Advaita school of Vedanta in particular.

Upanishads are one of the most widely read shruti granthas. However, it is my firm belief that the guidance of a Guru is needed to understand the knowledge contained in the Upanishads in their right sense.

In the next part of this series, we shall deal with the Shad Darshanas (six darshanas) and the Vedangas. I would, however, close this article with an interesting story pointing out the vastness of the Vedas.

A rishi had undertaken the study of the Vedas. By the time he could complete the study his life had come to an end. However, he asked Bhagwan Indra for an extension who was kind enough to grant the boon.

Bhagwan Indra then pointed out to four giant mountains and said that the four mountains represented the four Vedas. The rishi then asked Bhagwan “how much of this have I finished studying”.

To this Bhagwan Indra put out four fistfuls of sand and indicated that these four fistfuls represented the study completed by the rishi and said that several lifetimes would not be enough to study and comprehend the Vedas in their entirety.