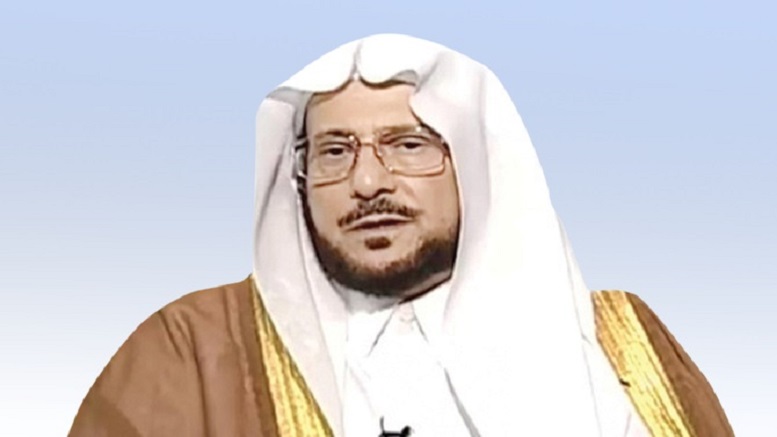 On December 6, the official twitter handle of Saudi Arabia’s “Ministry of Islamic Affairs, Dawah, and Guidance” (@Saudi_MoiaEN) tweeted that the Minister of Islamic Affairs, Dr. Abdullatif Al_Asheikh had directed the mosques’ preachers and the mosques holding Friday prayer to temporarily allocate the next Friday’s sermon (December 10) to warn against the Tablighi and Da’wah groups also called Al Ahbab. It further added that the Minister had asked for the inclusion of the following topics:

Appointed as Minister in June 2018, as a part of the effort to bring about “major changes” in cultural and religious affairs, Al Ashiekh has a Ph.D in Islamic Studies from the Imam Muhammad ibn Saud Islamic University in Riyadh. Prior to prohibiting the Tablighi and Da’wah Group, the minister is said to have “put an end to extreme acts from some Haia members such as chasing individuals in the streets, etc.”

Per one report, the Tablighi Jamaat (TJ):

… is an orthodox missionary movement started in India in 1926 during the British-era. It urges fellow Muslims to follow the religion particularly in matters of ritual, dress, and personal behaviour.

The group is estimated to have between 350 to 400 million adherents worldwide. It claims to strictly avoid political activities and debates, and instead focuses on religion only.

In an interesting set of Youtube videos titled “A Secrert History of Tablighi Jamaat  (Part I and Part II),” Shri Sarvesh Tiwari delineates in detail the origins and history of TJ. Though officially founded in 1926, its origins date back to much earlier.

There are very close links between Deoband and Tabligh. Mohammed Ilyas Kandalvi who is the official founder of the TJ was a direct disciple of Sheikh ul hind Mahmud ul Hassan of Deoband. The current head of TJ, Maulana Saad Kandalvi who recently came into the limelight for instigating super-spreading of Corona, is the great grandson of Maulana Ilyas Kandalvi.

Among the significant names connected to TJ, Tiwari mentions Shah Waliullah as the most important one. Mujaddid means reformer. Reform here means rejecting any changes that have crept in, mostly due to influence of Hindu thought and traditions. Shah Waliullah was such a ‘reformer’. He was closely linked to Deoband and TJ. Many madrasas and mosques of TJ are named after Shah Waliullah. An earlier HinduPost article on Muslim revivalism in Saudi and the subcontinent tells us of the links between Waliullah and the founder of Wahhabism:

Shah Waliullah of Delhi (1703-1753 or 1762 by some accounts) combined religious scholarship with an active role in political matters. He wrote to the Afghan chieftain Ahmed Shah Abdali (1722-1772) asking him to attack the Marathas and save the Mughal empire from losing territory. He emphasized the importance of Muslim political power and ascribed Muslim decline to the rise of secular monarchy at the expense of the religiously guided caliphate…Waliullah was a contemporary of Muhammad ibn Abd al-Wahhab (1703-1792). Waliullah went to Mecca on Hajj (Muslim pilgrimage) in 1730 and spent many months studying at Medina, and this period likely overlapped with Wahhab’s studies in Medina. One of the prominent teachers in Medina at that time was an Indian immigrant Muhammad Hayat from Sindh, who taught Wahhab and probably Waliullah too! Hayat in turn descended from the same school of thought as Sirhindi.

Tiwari confirms that Wahhab and Waliullah were in Medina in the same year and studying under the same teacher Sheikh Muhammad Hayat Al-Sindhi. Hayat followed two different schools of jurisprudence: Hanbali and Hanafi. He was Hanafi but significantly influenced by Hanbali.  Wahhabis are Hanbalis and Deobandis are Hanafis. So there was a coming together of these two ideologies.

Tiwari says that similarly, two centuries later, a similar coming together happened in Afghanistan where Al-Qaeda which is Wahhabi came together with Taliban which is Deobandi.

Maulana Wahiduddin Khan assiduously cultivated the image of a ‘Gandhian’ Islamic spiritual scholar and had supported former PM Atal Bihari Vajpayee’s election campaign in 2004. He was awarded Padma Vibhushan earlier this year, before he passed away in April. RSS had condoled his death, saying ‘the nation has lost a genuine Islamic scholar’. Ex-Chairman of the Delhi Minorities Commission Zafarul Islam Khan is the son of Maulana Wahiduddin Khan. Zafarul had shot to notoriety when he threatened Hindus with an ‘avalance’ if Indian Muslims complained to the Arab world; in his controversial FB post, he had named terror-accused absconding Islamic preacher Zakir Naik, along with Shah Waliullah Dehlavi and others, as Indian Muslim’s gift to the Islamic world.

Waliullah paved the ideology for Deoband. His son Abdul Aziz continued his work as did other disciples. The ideology was hard-core Sunnism. Abdul Aziz’s disciple Syed Ahmed Barelvi (he has nothing to do with the Barelvi sect) is connected to Deoband and Tabligh. He travelled to Arabia along with several ship loads of followers and learned Wahabism. After returning, this group radicalized others.

Under the Hindavi Swaraj, there was a revival of Hindu Dharma. The response of the ideological Muslim leaders was to become more fundamentalist. Barelvi trained hard-core disciples in several cities of Bharat before he was killed at Balakot during an armed jihad against Maharana Ranjit Singh.

Sharyatullah in Bengal also taught an almost Wahabi form of Islam. Titumir from Bengal was similarly radical. He had met Barelvi in Arabia and was influenced by him, then returned to Bengal and carried out armed jihad in which the British killed him. Titumir’s son continued with the mission of Wahhabizing Sunnis of Bengal.

Tiwari says TJ has been responsible for bringing Wahhabi or near Wahhabi ideology to Bharat.

Rationale and modus operandi of TJ

Walilullah was concerned with the loss of power of Muslims. By the time he died, Hindavi Swaraj under Marathas had occupied at least 3/4th territory of Bharat. Despite Ahmed Shah Abdali’s invasion, Marathas continued to gain strength. From Attock in the NW province of Afghanistan to Cuttack in Orissa, there was a saffron flag. The Mughals had become puppets. A powerful Jat kingdom had also come up. In Nepal, under Prithvi Narayan Shah, a very powerful Gorkha empire had come up. The Sikh empire was gaining strength. Kashmir was freed up. Among Muslim rulers, Shias were becoming powerful. British too displaced Muslim rulers. The 1857 War of Independence for Muslims was a jihad, and this had failed.

After the defeat in 1857, the ideological torch-bearers and followers of Walilullah, Barelvi etc, deliberated and introspected on the reasons for Islam not being successful in Bharat. As pointed out by Tiwari, the 1941 census of undivided Bharat had Muslims at 100 million (10 crores) or roughly 1/4th of the entire population. This was more than Arabs, Iranians, and Turks added together. This means what these ideologists perceived as failure of Islam was actually not a complete failure but only a failure to overrun Bharat like it had overrun other countries.

The thought leaders though continued to ruminate on finding other ways to carry out jihad. The strategies they thought of included what Tiwari calls “small-scaling jihad” that is using guerrilla tactics like street fights/riots and assassinations. The elite among them also called for embracing European modernity to strengthen the Muslim community and keep up with Hindus.

The most significant strategy they thought of was “grassroots work” where the idea was to make Muslims from Bharat ‘really Muslim’. Grassrooting means implementing their agenda of conversion from within the society instead of having the state implement this agenda. The Deobandi thought emerged from this idea. Two young maulanas Abdul Rashid Gangohi and Muhammad Qasim Nanautawi who had directly participated in 1857 ‘jihad’ went from Delhi to Deoband where they founded a madrasa based on the ideology that had come down to them from Walilullah and Abdul Aziz. They added a curriculum and gave the idea shape. Within a decade, this became a network of madrasas. In 30-40 years, the network of madrasas spread country wide.

The Hindupost article describes Deoband as:

Founded in 1866/67 by Maulana Muhammad Qasim Nanautawi, the Darul Uloom (Center of Learning) at Deoband (a town in Uttar Pradesh, Bharat) spearheaded a traditionalist reform movement among South Asia’s Muslims, after the last Mughal emperor was exiled by the British following the 1857 war of Independence. The Deobandis attribute the decline of Islamic societies to Muslims being seduced by an amoral and materialist Western culture, and from assorted Hindu practices believed to have crept into and corrupted the Islamic religion. The basic goal of the Deoband School is ‘purifying Islam of such un-Islamic beliefs and practices’.

The idea of making Muslims, true Muslims, which was the thought behind Deoband also led to the birth of the Tabligh. In the early 1900s Islam had lost political power. So the power to make converted Muslims true Muslims had weakened. There was pushback from those forcefully converted from Hindu Dharma and they often only half-heartedly embraced their new faith and continued with many Dharmic practises of their ancestral religion including using the shikha. A counter movement of gharwapasi, often self-propelled by the new converts was also happening.

Even centuries before, at the height of Islamic power, there were likes of Sant Kabir and other saints in the Bhakti tradition such as Nanak who would bring back neo-converts into the traditional fold of their ancestral faith. Later Arya Samaj took up this work. In fact, Arya Samaj had additionally also converted some Muslim scholars to Hindu Dharma.

So the function of converting what the Islamic fundamentalists considered a ‘pseudo Muslim’ to an ‘actual Muslim’ was needed, which was the work of the Tabligh. Losing new converts was a matter of concern, that is why the Tabligh role became of vital importance. Maulana Ilyas Kandalvi became the leader of taking this programme further and implementing it.

The process of becoming a Muslim includes:

In Alwar, Ilyasi accidently found himself in a situation where a vanjaati called Mayo which had under duress accepted Islam centuries ago was on the point of gharwapasi. The Tabligh program was started by him then, and it saw success over the years. The program involved a team of 4 or 5 preachers going to a village, staying there in a mosque for a continued period of time, and then going on a tour of the village – a process called Gasht. Inspirational speeches were given when people congregated at the mosque. Messaging was designed for new Muslims to inspire them and did not speak of jihad at all. Simple fundamental things were taught. Once they became ‘properly’ converted, many among them were involved in carrying out Tablighi activities and taken to the Tabligh centres in Delhi called Markaz where they got the opportunity to network with the Ummah.

Tiwari says Tablighs typically distance and disengage themselves from politics, yet many known politicians including Dr. Zakir Hussain the third President of Bharat have been Tablighis. In fact, since the organization is fluid, even some who engaged in terrorist activities have been Tablighis, like one of key conspirators Maulvi Hussain Umarji in the Godhra train burning who was let off for ‘lack of evidence’, and the conspirator in the Haren Pandya murder case.

The question now is: will Saudi Arabia’s step to outlaw this organization be an impetus for Bharat to do the same?  Tabligh chief Maulana Saad accused of conspiring to super-spread Corona has been let off the hook so far. Will Saudi Arabia’s decision now change Bharat’s stance?