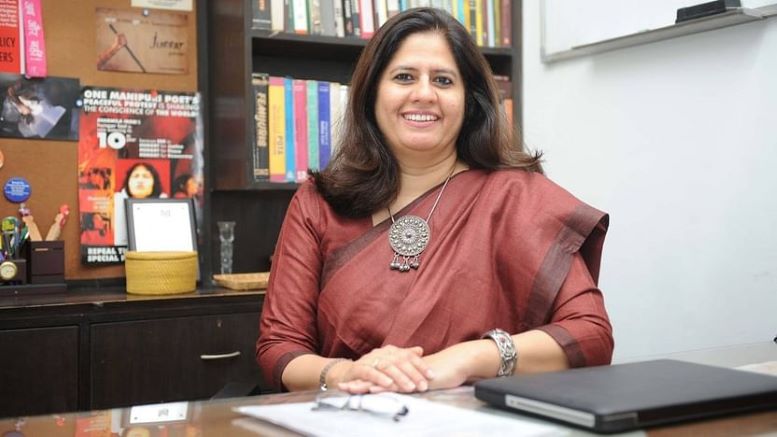 Controversial Lutyens lawyer Vrinda Grover, who is known for defending controversial figures, has now stepped in to defend sedition-accused Delhi Minority Commission Chairman Zafarul Islam Khan  who threatened to wipe out Hindus from Bharat by taking help from the Arab Muslim world.

#ZafarulIslam is fit enough to bay for indians to be sacked and ethnically cleansed from the gulf. https://t.co/mcVfscf25y pic.twitter.com/skh8dAPRJ6

Citing his old age and risk of contracting Covid-19, Vrinda Grover has asked Islam be excused from presenting himself at a police station for investigation regarding his Facebook (FB) post. Grover defending Islam shouldn’t come as a surprise to anyone because she is known for standing up for terrorists and murderers. In the past she rushed to the defence of LeT (Lashkar-e-Taiba) terrorist Ishrat Jahan, 2008 Kandhamal riots accused and many others. Her husband Anand Grover, another lawyer belonging to the left liberal ecosystem, was extremely upset when the midnight mercy petition for Yakub Memon filed in SC was rejected and he remarked “these blood thirsty people will hang Yakub tomorrow”. Vrinda Grover was also one of those begging for pardoning terrorist Memon.

Vrinda Grover belongs to the same Lutyens “breaking Bharat” lobby that has issued a public statement in support of Zafarul Islam. The statement was carried by none other than Hindu bashing and Modi baiting magazine Caravan. Its history speaks volumes about the ‘kind of journalism’ it practices. Caravan was the one which shamelessly asked for caste-wise break up of Pulwama martyrs and among several of its conspiracy theories, which regularly feature as ‘journalism’, was the theory that Home Minister Amit Shah got Justice BH Loya murdered to cover up for the encounter of notorious gangster Sohrabuddin Sheikh. This should be proof enough of its ‘credibility’.

Speaking of credibility, the signatories to this public statement themselves leave a lot to be desired as far their ‘believability’ is concerned. Among the signatories are controversial figures such as Swami Agnivesh, All India Muslim Personal Law Board Member Kamal Faruqui, Naxalite Communist Party (Marxist-Leninist) Member Kavita Krishnan, Modi baiter and Bharat hater John Dayal and SDPI’s Tasleem Rahmani among others. The anti-Bharat lobby has rushed to support Hindu hater Islam Khan despite the fact that even the National Commission of Minorities has condemned his statement. Break Bharat forces just need an excuse to stand behind Hinduphobics and Bharat haters and this time Khan being a ‘humanist’ being targeted unfairly is the excuse.

While Vrinda Grover wanted the police to visit Khan and interrogate him considering his age, Delhi Police’s Special Cell which reached his residence was faced with massive protests and had to go back without even beginning the probe. How is Grover going to defend this non-cooperation and if Khan has done no wrong then why is he afraid to face the police? For far too long ‘minority status’ has been abused in Bharat and used as a convenient shield to hide behind as well as foster Hinduphobia.