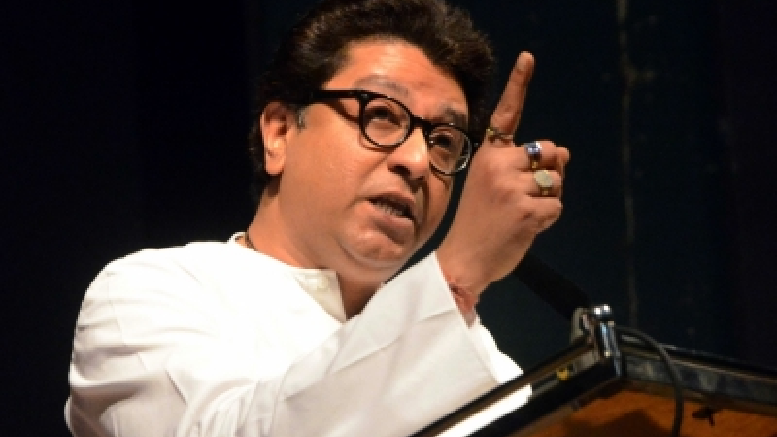 MNS chief Raj Thackeray on Tuesday came out in support of suspended Bharatiya Janata Party (BJP) spokesperson Nupur Sharma and questioned why no action was taken against AIMIM MLA Akbaruddin Owaisi for his sacrilegious and hateful remarks on Hindu deities.

Nupur has been hounded by Islamists ever since Alt News ‘fact checker’ Md. Zubair falsely accused her of ‘blasphemy’ against Islam’s prophet and dog-whistled relgious fanatics to target her. The madness sparked by Zubair has claimed at least 2 lives and triggered attacks and threats on dozens of citizens, including police.

Addressing an MNS party meeting, Raj Thackeray said, “When Nupur Sharma spoke (on Muhammad), she was made to apologize publically… One can watch Zakir Naik’s interview, he is a Muslim and he said the same thing. Nobody said anything against him, he was not asked to apologize.”

“Those two Owaisi brothers…One of the two Owaisi brothers (Akbaruddin Owaisi) speaks about our (Hindu) gods. And what was his last sentence? ‘What ‘manhoos’ (wretched) names they have for their gods’. Are the names of our Gods wretched?…Nobody is going to ask him to apologize for this,” stated the MNS president.

While Akbaruddin Owaisi’s venomous and filthy remarks on Hindu deities like Sri Ram, Maa Durga etc are qualified by ANI as “alleged derogatory remarks on Hindu gods”, Nupur Sharma’s comments are unequivocally labelled “remarks against the Prophet Muhammad”. This is no anomaly – its the usual style-guide followed by our Hinduphobic English-language media. And the tongue-lashing that our SC gratuitously delivered to Nupur Sharma, literally holding her responsible for the mayhem unleashed by Islamists, is another indicator of the deep-rooted anti-Hindu animus of our polity.

This twitter thread by activist Anshul Saxena summarizes the anti-Hindu bigotry spewed by Akbaruddin Owaisi during rallies in Nirmal and Nizamabad districts in 2012.

ANI should ask any Hindu (real ones, not deracinated HINOs who probably dominate the ranks of such Hinduphobic media organizations) employee of theirs to listen to Owaisi’s bigoted rant and tell them if this is “allegedly derogatory” or actually derogatory.

Also, for the record, even a Pakistani Muslim preacher has accepted that Nupur did not commit any ‘blasphemy’, but was only responding to relentless mocking of the Shivling by stating what is written in Muslim scripture. So here we have it – Indian HINOs and liberals are more fanatical about denigrating Hindu Dharma while preventing any critical examination of Islam, than even Pakistani Muslims! That is how blind their Hindu hate has made them.

The hate-mongering bigot Akbaruddin Owaisi was let off by our secular state’s judiciary on ‘technical grounds’, and the entire case was allegedly rigged from the beginning to ensure he doesn’t pay for his crimes. To be honest, such decisions do not come as a surprise anymore.

Hindus have to reclaim this state – their ancestral, civilizational and spiritual homeland – from the cabal of Adharmic vested interest groups and foreign-funded lobbies that have hijacked it. Raj Thackeray’s past track record of U-turns and allying with Hinduphobic ‘secular’ parties doesn’t inspire much confidence. But on this issue at least, he deserves to be acknowledged for showing more spine than most.