Myanmar missionary illegally staying in Bengaluru for 11 years caught in Manipur, to be deported 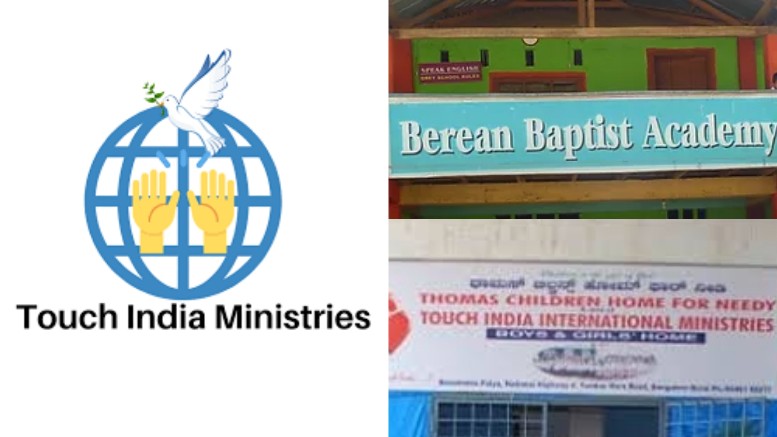 A Myanmar national working for a missionary FCRA NGO has been arrested and ordered to be deported after being caught in a airport in Manipur without a passport. She confessed to having lived in Bharat for 11 years without valid documents and working as a missionary. She has been using the identity card issued by a Bible College in Bengaluru to live in the country illegally.

A 29 year old woman identified herself as Htoi San Pan of Myanmar. She was arrested at Bir Tikendrajit Airport in Manipur on December 2 for not having valid documents and passport. She was travelling from Bengaluru and had taken the Indigo flight. During inquiry she revealed that she came to Bharat in 2010 and travelled to Bengaluru by train. She came to pursue a master degree in Divinity from Berem Baptist Bible College and Seminary (Berem BBCS).

After finishing the course she worked as a Child Missionary at Touch India International in Bengaluru. She also said that she met one Pavei Paul from Senapati in 2015 and plans to marry him on December 9, 2021. She was sentenced to be imprisoned till the lapse of the court hours and fined Rs. 5000, after which she is to be deported to Myanmar.

Berean Baptist Bible College and Seminary(BBBCS) in Bengaluru has been wrongly reported as Berem Bible College by most media outlets who reported on this case. It is run by Biblical Baptist Institutions Inc (BBII), an FCRA NGO (KA/94420213). It receives funds in crores every year, most of it from the Global Baptist Mission(GBM) a missionary organisation based in USA. Established in 1956, BBII claims to have planted over 650 churches through those who graduated from their college.

The first college was started in Mumbai and the second one in 1961 in Bengaluru. They plant churches not only in Bharat but in Myanmar, Nepal, Thailand and Nigeria as well. Apart from the Bible college, BBII runs children’s homes as well. One of them, Helping Hand Children’s Home keeps 15 orphans in Manipur. It was supposedly run only using the revenue from a school run by BBII in Manipur.

Later the orphanage opened a pig farm to get a sustainable income. If the school was established using FCRA funds and its revenue was used to start the pig farm, it violates FCRA rules. Children residing in the orphanage were involved in the construction of the pig farm which violates the Juvenile Justice Act.

2 disciples of the college, Ramyo Shimray and his wife Philapem Shimray opened an orphanage on their own named Grace Home in Bengaluru. They worked in Shalom Baptist Bible College and orphanage respectively. In July, the Shalom Baptist Ministry was found to be illegally keeping children at their orphanage and converting 1000s of them to Christianity.

Similarly, the arrested Myanmar national worked in the Child Ministry of Touch India International (TII) in Bengaluru after finishing her course in BBCS. TII is also an FCRA NGO mainly funded by Touch Indian International Ministries (TIIM) in Oklahoma, USA. It also receives funds in crores every year and runs an orphanage, Thomas Children Home for the Needy where 300 children are residing. In 2019 alone TII received Rs.1.07 crore from TIIM.

The orphanage was founded and headed by one Sister Josna Francis Antony. The orphanage’s website says “This age is crucial and is conditioned by the body to develop mind, emotions, and to facilitate the creation of a strong foundation” in line with the aim to target children aged between 4-14 from the 10:40 window.

All this information and the recent incident points to the possibility of citizens of neighbouring countries being given refuge by missionaries illegally. Recently Raigarh MP Gomati Sai had said in the parliament that missionaries are more dangerous than Naxals and are a threat to internal security. With the history of insurgency from Myanmar and the havoc missionaries are wrecking in the North Eastern states, it sounds truer than ever.