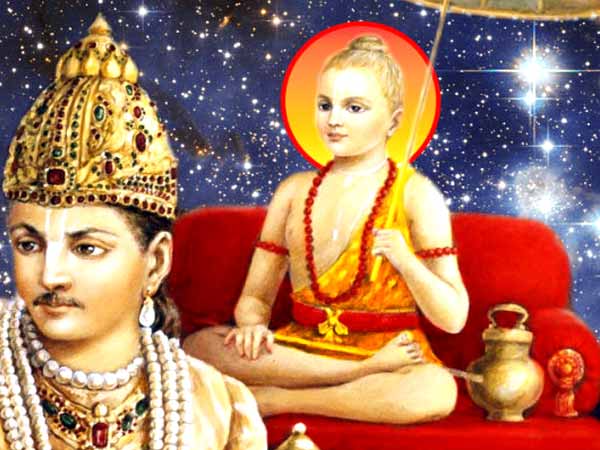 Marxist-Evangelist nexus has Hijacked the Onam narrative. They have declared that Onam is not Hindu festival. In this thread, I explore the origins of Onam.

Bhagavata Purana says Lord Vishnu took birth as Vamana on Shravana Dvadashi. This is exactly the time of Onam eve . The Onam festival is celebrated for four days until Purnima. Even Southern Tamil and Malayalam tradition agrees that Onam marks birth of Lord Vishnu as Vamana!

From ancient days, Onam was celebrated in Tamilakam (Tamilnadu-Kerala) not as festival of Bali but as the birthday of “Asura destroying” Vishnu. This is mentioned in ancient Sangam literature in a poem called Maturaikkāñci Nairs still keep Onam battle traditions of this poem

This tradition of celebrating Onam as the birthday of Vishnu continued in the middle ages. Medieval southern literature like the 10th century Divya Prabandham shows Onam continued to be celebrated as a festival of Lord Vishnu. Rice and fruits were prepared and offered to Vishnu

In Kerala, it was/is believed that Mahabali comes back every year from Sutala to visit his land & celebrate Lord Vamana’s birth at Vamana temple in Thrikkakara (=”place of holy foot”) temple in Kochi

That Onam was a festival of Vishnu is confirmed by Independent sources. William Logan was a collector of Malabar in 19th century. He wrote in his “Malabar Manual” that Keralites believed Vishnu comes on Onam for his devotees. Along with Vishnu comes his devotee Bali

Francis Day, a 17th century English ethnographer who had lived in Kerala, wrote a book in which he reproduced the stories of Onam he heard from local people. Even he testifies that Onam was a festival celebrating the coming of Vishnu according to the Keralites of his day

The earliest record of Onam in Kerala comes from Thirikkara Vamana temple (861 CE). Even today, Onam is celebrated here as the birthday of Vamana. It is believed that Bali returns to worship the Lord every year on this day. Processions of Vamana Murti(idol) are carried out

Unlike Abrahamic religions, Hinduism does not have any centralizing authority like the pope. Because of this reason, the mode of celebration of the Onam festival has diversified over centuries among various communities who celebrated the festival in different ways.

This doesn’t change the fact that Onam was originally a festival celebrating birth of Vishnu. Traditional Onam celebrates this aspect even today. The most important part of Onam is Thrikkakara Appan, which is a clay Pyramid representing Lord Vamana who is worshiped as the guest

After whitewashing the centrality of Vishnu in Onam, the evangelists have created a story that Bali was a “Dravidian” king who was subjugated by “Aryan” Vamana. However, no such animosity against Bali is found even in the so called “Aryan” Puranas.

According to Bhagavata Purana, Vishnu comes as Vamana to test Bali’s generosity. Satisfied, he grants Bali a boon. But Bali has only one wish. To always be with Vishnu. Hence, Vishnu leaves Vaikunta and repairs to Bali’s new abode Sutala where there is no fear,hatred, disease

rimad Bhagavatam (5.24) says Lord Vamana served as the gatekeeper of Bali in Sutala which is grander than Svarga Vamana kicked Ravana out of Sutala when Ravana invaded Sutala Such is the beautiful relation between Bhagavan &. Hateful Marxists are not sparing even that

And for all that nonsense about ‘Aryan’ Vamana & ‘Dravidian’ Bali: Here is an old painting from Mankot (c.1700 CE) The dark-skinned dwarf is beautiful Vamana. And the Brahmin with choti in this painting is none other than Bali. Bali was a descendant of Rishi Kashyapa

Onam/Shravana was/is celebrated all over India. But Kerala retained many ancient aspects of this ancient festival. For example, Garuda Purana says that on Shravana Dvadashi, Vamana must be worshiped with offerings of umbrella footwear etc This is followed in Kerala even today

Even today, Thrikkakara Appan (who is a representation of Trivikrama Vishnu/ Vamana) is worshipped with umbrella offerings etc just as prescribed in Garuda Purana.

(This article has been compiled from the tweet thread originally tweeted by Mr. B (@BharadwajAgain) on September 8, 2022.)