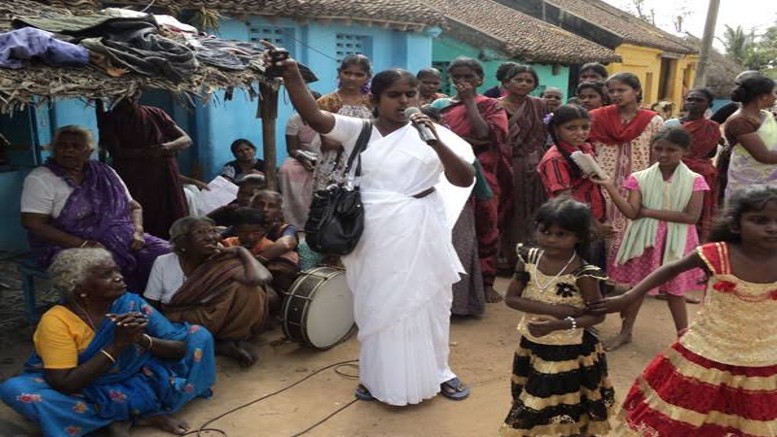 Madurai Bench of Madras High Court has preached tolerance to a Hindu man who petitioned for relief from noise pollution caused by a church in his neighborhood. The judge said that tolerance is one of the basic tenets of Hindu dharma and the man should tolerate having a church nearby as the neighborhood has a temple as well.

Paul Raj, a resident of Neduvilai in Kanyakumari district, had filed a petition in the Madurai bench of Madras High Court seeking relief from the nuisance caused by a church in his neighborhood. He had complained that the church was creating noise pollution in the neighborhood by using loudspeakers day and night. While hearing the petition, the single judge bench of Justice CV Karthikeyan, directed the district collector to hold a meeting with the church and advise them to conduct prayers in a gentle manner. He said that there is no need for loudspeakers to reach the god.

The judge went on to preach to the Hindu man for being “intolerant”. Observing that the petitioner is a Hindu, he said “One of the basic tenants to be followed by every Hindu is tolerance. Tolerance must be towards his own community or religion and in particular, to also to every other religious practice”. Using the much abused phrase “unity in diversity”, the judge said that the man should learn to live with everyone around him. “The country is a secular country recognising practice of religion. The petitioner cannot complain against the same”, he said.

It is ironic that a judge should try to impress upon Hindus the concept of unity in diversity when it is the abrahamic religions that try to remove the diversified traditions of Hindu dharma. A crypto convert judge banned jallikattu, a religious practice, while hearing about a petition to ban bullock cart race. The judiciary had no tolerance towards the unique tradition of Sabarimala and infringed upon the rights of Hindus to freely practice their dharma. But it has the audacity to preach tolerance to Hindus.

The “nuisance” caused by missionaries is not merely about the noise. It is how they harass those in the neighborhood to either leave or join them. In 2017, Badagas living in a village in Nilgiri were harassed by the evangelists for not converting through means such as disturbing the children who were preparing for 12th standard public examination and in the middle of the night by playing Christian theological songs on speakers. They also harassed the kids to join their prayer session.

In 2019, the nomadic tribe of Kattu Nayakkars accused a pastor of building a church in their colony in Madurai and continuously harassing them to convert. Their children were preyed upon when the parents went away for business and work. Stones were pelted on them when they passed through the church. The tribe’s head said “They say our gods are mere stones and theirs is the real one”. This is what Hindus have to hear everyday from the followers of both the abrahamic religions. Yet they are asked to be tolerant as they continue to bow down to the pressures exerted on them by the executive and the judiciary.