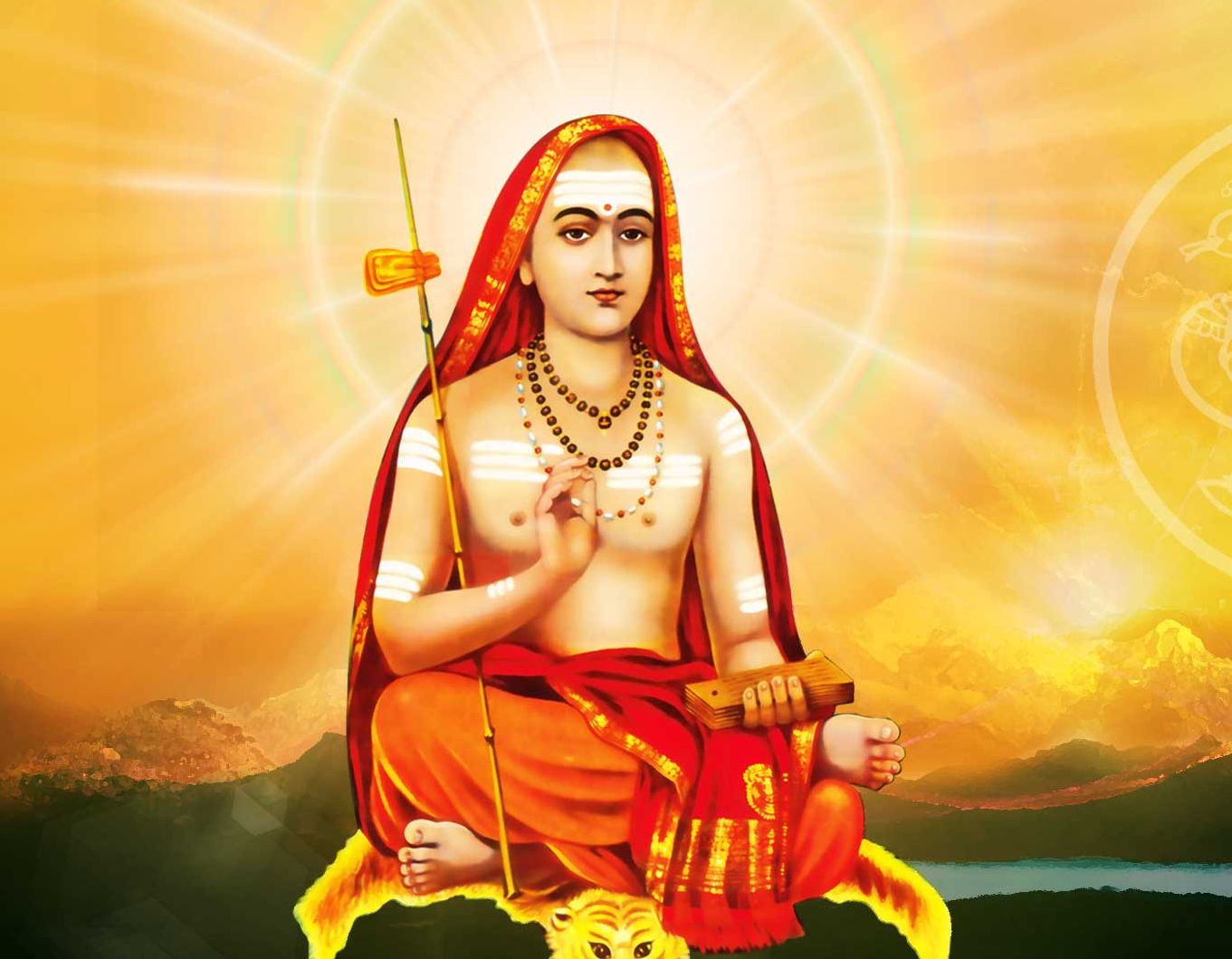 Bhagwan Adi Shankaracharya (Adi Shankara) walked the earth at a time when Hindu Dharma was being challenged by Jain, Buddhist faiths, and other avedic (non-Vedic) faiths totaling 72. He is credited with having reformed and revived Hindu Dharma. He propagated Advaita Vedanta (non-dualistic philosophy). He also unified Bharat by spreading his Vedic teachings across the length and breadth of Bharatvarsh.

In this regard, Dr. David Frawley says:

Though Shankara was born in Kerala, he spread Vedic teachings throughout Bharat as far as Kashmir. Clearly, he recognized the cultural unity of Bharat. If there is any doubt Bharat existed as a country at the time, Adi Shankara’s work proves this to have been a fact.

Adi Shankara organized four great mutts across Bharat (Dwarka, Puri, Sringeri and Joshimath). He is said to have renovated the char dham, or the four main Himalayan temples of Badrinath, Kedarnath, Gangotri and Yamunotri. He reorganized Hindu worship into the five deity lines of Shiva, Vishnu, Devi, Ganesha and Surya. His hymns or stotras to all the main Hindu deities remain commonly chanted in pujas and temple rituals in the north and south Bharat.

Adi Shankara traveled throughout Bharatvarsh on foot, not once but thrice, teaching the Advaitic principles. The Digvijaya Yatra of Bhagwan Adi Shankara was meant to unify Bharatiyas in the spirit of national integration as well as bring about the country’s unity physically, geographically as well as spiritually.

Adi Shankara served as and continues to be an inspiration for Hindu reformers. In addition to several works on Vedanta, he also wrote Bhashyas (commentaries) on Upanishads, Brahma Sutras, and Bhagavad Gita. He laid out the Jnana Marg in detail in all his Vedantic philosophical works. He is not only credited with the revival of the Jnana Marg but also refining Bhakti Marg.

Adi Shankara believed that Bhakti Marg was the most suitable in bringing about equality and harmony among various religious sects and one that appealed to commoners and touched their sincere emotions as compared to rigid intellectual philosophies. In his view, Bhakti (devotion) was the easiest and most dynamic way to attune the human mind towards God-realization.

Adi Shankara felt that philosophical works may be difficult for the layperson to grasp and therefore, he composed several stotras so that Bhaktas (devotees) may connect with the Bhagwan of his/her choice. Hindus across the country continue to recite them to this day. We shall take a look at some of Adi Shankara’s beautiful compositions.

This prayer eulogizes Devi Mahalakshmi and recited for obtaining good fortune. It so happened that once on his bhikshatana rounds, Shankara reached an extremely poor lady’s hut and asked for bhiksha. The poor lady had nothing to offer but she had no heart to turn away young Shankara empty-handed. After searching around her hut, she came across a single amla fruit and offered the same to Shankara with a heavy heart regretting that she was unable to offer anna-bhiksha (rice as bhiksha) to the Brahmachari.

Adi Shankara was moved by the devotion of the poor woman and sang the Kanakadhara praising Devi Mahalakshmi asking Her to drive away the woman’s poverty by bestowing her with riches. Devi, however, said that the woman was destined to suffer poverty as she hadn’t done any dana (donations) in her previous births.

Adi Shankara then convinced Devi saying even if she hadn’t done any good deeds in her previous births, she had offered the amla fruit with much devotion for which she should be blessed. Pleased by Adi Shankara’s arguments and the beautiful stotra, Devi Mahalakshmi blessed the woman by showering golden amla fruits.

There are many other stotras dedicated to various Bhagwans and Devis of the Hindu pantheon. However, a composition of Adi Shankara that isn’t dedicated to any deity but one that must be spoken of is Mathru Panchakam, a five-shloka composition where Bhagwan Shankara speaks of the sacrifices made by his mother while at the same time repents that he was unable to fulfill the duties of a son.

Adi Shankara being the only child, his mother Aryamba was hesitant to allow him to take up sanyasa (renunciation). He was ultimately successful in convincing her but she agreed to accede to his demand on the condition that he would be present at the time of her death and also perform her final rites. True to his word, Adi Shankara traveled from Sringeri to be by his mother’s side as she was nearing her end. It was then that he composed the Mathru Panchakam dedicated to his mother and her sacrifices.

It captures the emotional side of Adi Shankara Bhagavad Pada as a son. There are hardly any compositions that capture the sacrifices a mother makes in as moving a manner as the Mathru Panchakam does.

Today as we celebrate the Jayanti of Bhagwan Adi Shankara Bhagavad Pada, we Hindus owe immense gratitude to the great Guru who reformed Hindu Dharma saving it from being disintegrated and purified both Jnana and Bhakti Margs. If we as Hindus are able to celebrate Hindu festivals and follow Hindu Dharma then it is only due to Adi Shankara.

We offer our prayers at the lotus feet of Bhagwan Adi Shankara on this auspicious occasion of his Jayanti.

Meaning: I prostrate to Adi Shankaracharya, an incarnation of Lord Shiva, who causes welfare to the universe, who is the repository of the Divine Knowledge of Vedas, Upanishads, and texts of mythology, and who is the embodiment of mercy.

Meaning: I salute the sacred Guru-parampara (lineage of Gurus), which begins from the ever-auspicious Lord Shiva, in the midst of which (lineage) is Adi Shankaracharya, and which comes up to my Gurudev.