10% of Punjab is now Christian! Why are people converting and what can be done? 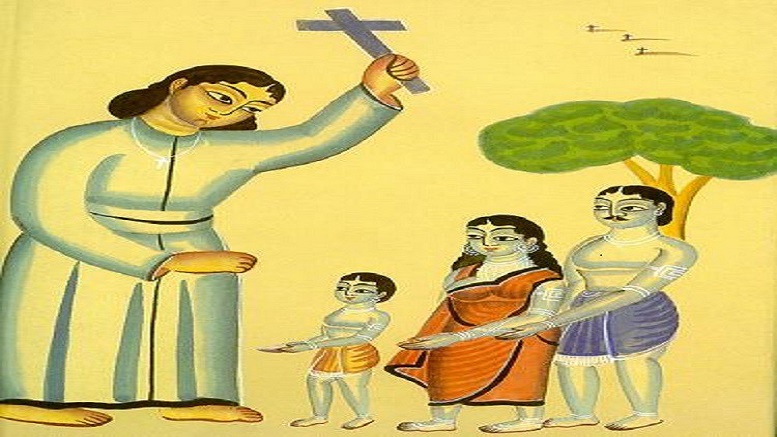 In the census of 2011, Punjab had a total of 3,48,230 Christians. If these numbers are correct, in the last years, the population of Christians has increased at least 10 times. 10% of Punjab is now Christian and the conversions to Christianity are increasing on a daily basis. Punjab is now on target for rapid Christianization after Andhra Pradesh.

The real population of Christians in Punjab

Our statement that “10% of Punjab is now Christian” may be shocking to you. But there are multiple reasons for this estimate. The total population of Christians in Punjab according to 2011 census is about 3.5 lakhs.

The total population of Punjab was 2.8 crores in 2011. The decadal growth rate was about 14%, so the current population should be about 3.2 crores. So what I say is that there are about 32 lakh Christians in Punjab itself!

Let us see my reasons for claiming 10% Christians in Punjab:-

How 10% of Punjab became Christian?

It is important to know how Punjab’s 10% population became Christian. Hopefully, it will give us some clues on how to counter this in Punjab and in other states. Maybe, it can help to reverse the conversions too.

Some prominent evangelists of Punjab

There are dozens of “pastors”, “prophets” and “apostles” running this conversion business. We have already seen Ankur Narula. There are others like Gursharan Kaur, Bajinder Singh, Kanchan Mittal etc. All of these are converted from either or Sikhs and retain Hindu-Sikh names as well as symbols like Pagri etc.

Each of these have tens of thousands to lakhs of followers and have made crores of money. Now these are in the process of granting franchises to others for their conversion business. More and more such peddlers of faith enter the fray every month.

In Christianity, inculturation is the adaptation of the way Church teachings are presented to non-Christians, to attract them to Christianity. It is basically a strategy to introduce Christianity by deception and lies.

In Bharat, this is seen in the Christian “Ashrams”, “Sadhus” and appropriation of Bharatnatyam, Yoga etc. Did you know, there is Yeshu Puran, Yeshu Sahastranama, Yeshu Veda and Yeshu Upanishad too? Many Christian missionaries keep saffron robes, live in ashrams and make temple like churches.

In Punjab, the symbols of Sikhism are used to confuse and convert rural Sikhs. Sabu Mathai Kathettu wrote a whole book with strategy for converting Sikhs!

While accepting that Hindu-Sikh and Christian religious concepts are quite oppsite, he proposed using terms such as Satsangs, Langars, Isu Gurudwara, name of Satnam Waheguru for God and Satguru for Jesus. Aravindan Neelakandan at Swarajya had done a fantastic piece on this.

The biggest way of spreading of Christianity is prayer meetings. It is called “prarthana sabha” in Hindi/Punjabi. The biggest highlights of these prayer meetings are the fake miracle cures. Thousands of people are brought to such meetings on false promise of cure.

Ailments of all hues such as infertility to cancer are “treated” in the name of Jesus there. Apparently, Punjab government should close all hospitals and let them cure all patients by prayer. However, it seems that COVID is beyond the “power of Jesus”.

Of course, the paid actors show how they are cured and innocent people donate for prayers to Jesus. Inevitably, most of them are not cured and many die. But by then, the members of family have been thoroughly brainwashed into Christianity.

This dangerous fraud, which harms people’s health and sucks money from vulnerable poor, is allowed to continue and the coffers of fake religious figures continue to be filled. In recent times, mediums such as YouTube and Zoom have also been utilized for this scam.

Why are Punjabis converting to Christianity?

There are many reasons that Punjabis converting to Christian faith. 10% of Punjab is now Christian due to such reasons. I will discuss a few of these below:-

The Christian conversion in Punjab has increased at the expense of Sikhism and Hindu Dharma. They are now in sufficient numbers to demand political favors and to be a deciding factor in elections. How much time before a new kind of minority appeasement rises and further helps them?

They primarily target Dalits, who are about 32% of the population of Punjab and not treated equally by the upper caste Hindu and Sikhs. Will this threshold of 10% Christians help Hindus and Sikhs see their errors?

The Khalistanis are busy in peddling “Indo-Abrahmic” brotherhood narrative. According to them RSS is a bigger threat to Sikhs as it treats them within larger umbrella of Hindu Dharma. However, their mouths are firmly shut on the issue of Christian conversion. It is RSS which is conducting gharwapsi of Christians to Sikh faith! According to an Indian Express report in 2014, RSS had converted 8000+ Christians to Sikhism in previous 3 years. Apparently, the Sikh organisations opposed this!

Common people like us can support RSS and such other organisations, support media houses that report these issues, form our own small organisations, organise people to follow Dharma or just be eyewitnesses until our own families become the target of conversion.