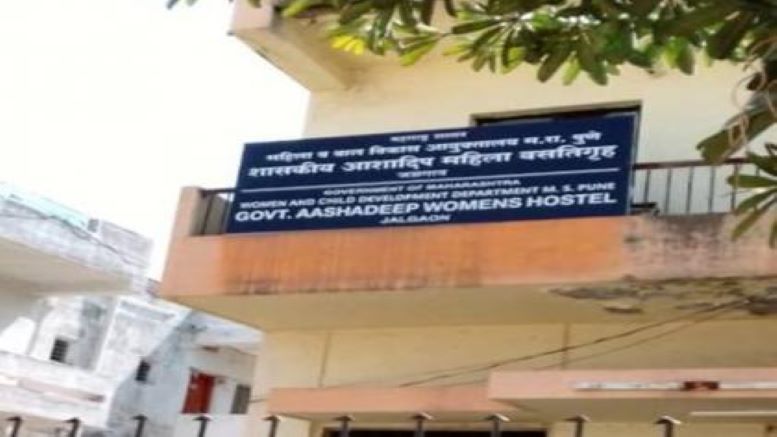 A shocking case has come to light in a women’s hostel in Jalgaon (Maharashtra) where young women were made to take off their clothes and dance. Some police personnel and few men are alleged to have been involved in the despicable act.

That women’s safety has become a joke in the state of Maharashtra under Uddhav Thackeray-led MVA (Maha Vikas Aghadi) government is proved yet again by this extremely shocking and disgusting incident. It is not only appalling that police personnel are involved but it is even more horrific that the incident took place at a government hostel and that the MVA government took note of the incident only after the opposition BJP raised the issue.

As per reports, young women were forced to dance naked at the government-run Ashadeep Women’s Hostel in Jalgaon.  On Tuesday, Social organizations lodged a complaint with the District Collector. Also submitted a video of the act to the Collector. District Collector Abhijit Raut promised to investigate the matter and take immediate action.

The Department of Women and Child Welfare provides shelter and food to the oppressed women and girls in the hostel in Ganesh Colony. There were complaints of malpractice happening in this hostel. Jananayak Foundation presidents Feroz Pinjari, Farid Khan, and Mangala Sonawane visited the hostel and met the women and girls.

Some of the girls alleged that with the connivance of some employees, outsiders and police were being allowed to enter the hostel under the name of interrogation. Girls who opposed such things were threatened & beaten badly. Social workers were not allowed inside, so the girls were trying to speak with them from outside the window. While the girls were trying to speak, they were harassed by the hostel’s staff.

Even as Maharashtra state home minister Anil Deshmukh has assured the state assembly that a probe would be conducted in the matter, it must be mentioned here that women’s safety in the state is only deteriorating by the day under the Uddhav Thackeray-led MVA government.

In this regard, the involvement of a cabinet minister in the Pooja Chavan suicide case, alleged rape charges against minister Dhananjay Munde, the shocking disappearance of 21 young girls from Govandi are only some of the instances of women abuse in the state which act as an eye-opener with regards to the safety of women in Maharashtra.