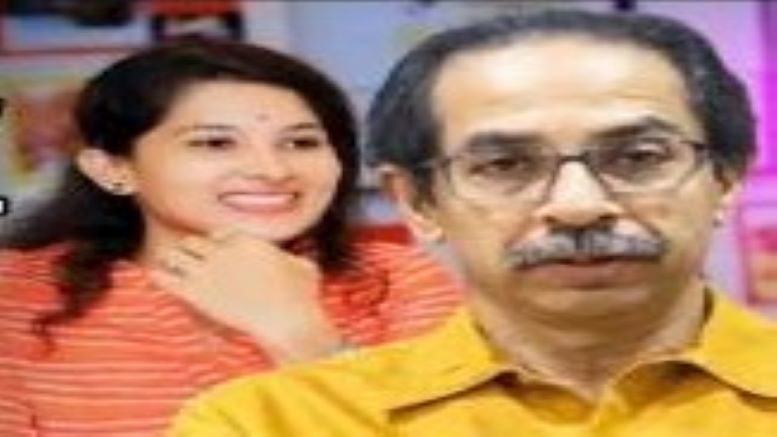 Pooja Chavan, a 22-year-old woman, is said to have committed suicide by jumping from the third floor of a housing society in the Hadapsar area in Pune on Sunday. However, the Bharatiya Janata Party’s women’s wing demanded an inquiry alleging murder. As per reports, Parli resident Pooja committed suicide after a love affair with a Vidarbha minister of the MVA Government.

Lokmat report says a complaint, in this case, has been lodged at the Wanwadi police station. This incident took place around midnight on Sunday at Havan Park in Mahammadwadi, Pune. Exactly what caused the young woman to commit suicide, however, is not yet clear. The suicide of the young girl has triggered a debate on social media. It must be mentioned that police sources have said that they haven’t received an official complaint in the matter yet.

In view of the seriousness of the issue, there have been demands asking the police to investigate the connection of the minister with this young lady. The BJP Women’s wing has also lodged a complaint with Pune City Police Commissioner Amitabh Gupta demanding that the culprits be arrested after a thorough investigation.  Archana Patil President of the Women’s wing of Pune City  has warned to launch a mass agitation if the matter is not investigated as soon as possible.

Will CM @OfficeofUT & @AUThackeray sack there Cabinet Minister Sanjay Rathod who comes from Yavatmal district of Vidarbha. His name is linked with Pooja Chavan a 22yr old girl who committed suicide.

An audio clip that has gone viral on social media which some have alleged is that of the minister who is being linked to Pooja Chavan’s suicide. In the clip, a person can be heard making some suggestions to suppress a case. The person also issues instructions “in any case, take possession of laptops and mobiles, this issue should not be escalated”.

There has also been a heated debate over how these alleged audio clips came out. It is said that some people deliberately recorded the conversation after realizing that they would get into trouble in this case. Pooja Chavan had a photo of a minister on her Facebook profile which has triggered discussions about the relationship between the two.

News reports also raise questions regarding Pooja Chavan allegedly being hospitalized before committing suicide. There are demands to investigate the reason for her being admitted to the hospital. Although Senior Police Inspector Deepak Lagad has dismissed the romantic angle in Pooja’s suicide and said that depression due to her illness led Pooja to commit suicide, there are several unanswered questions if media reports are to be believed.

Senior journalist Hemant Joshi has quoted Nagpur based Navrashtra News Network as saying the Pooja Chavan committed due to love affair and the trail leads to Vidarbha MLA and Forest minister Sanjay Rathod. Joshi has also said that he suspects someone forced her to drink alcohol, murdered her, and threw her down. He has asked the MVA government to take the case seriously and initiate an investigation into the case.

Suspicions are also being raised because Pooja’s family is not coming forward to reveal any details possibly due to some pressure being exerted. Also, it is important to point out here that Pooja didn’t even leave a suicide note and nor were there signs that would indicate that she was about to commit suicide.

With so many complications and unanswered questions, in the Pooja Chavan suicide case, it is only fair to expect Uddhav Thackeray to step up to the plate and initiate a thorough investigation.

Dear Nashik CP, will you also ban azaan within 100 m of a temple and 15 min before and after aarti?