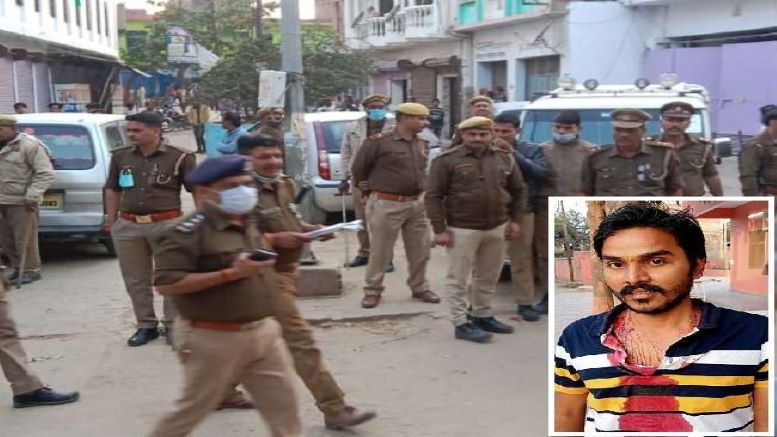 As the hijab row rages on, in the latest attack on Hindus it has come to light that RSS Nagar Pracharak was grievously injured in a protest at Kanpur’s Ghatampur. This news comes close on the heels of the brutal murder of 26-year-old Bajrang Dal activist Harsha at Shivamogga. Incidentally, both the attacks took place on Sunday.

As per reports, on Sunday evening a group of people including RSS pracharak Bhaskar Singh alias Manish were discussing various topics at Sadar Bazaar around 5 in the evening. During the course of the discussion, the topic veered towards the hijab row in Karnataka. In his police complaint, Bhaskar said that he was sitting outside Anup Singh’s house along with RSS Shakha teacher Yashraj and others when a mob comprising of Abrar Ahmed, Chote AKA Amir Hasan, Samir Kainda, and Shahabuddin, and 20 to 22 others arrived there.

The mob was angry with the RSS activists for discussing the hijab row and attacked them with lathis and iron rods. Guddu, Zulfikar, Iftikhar, Itishyaq, Qasim, Saddam, Kamal Hassan, and Shahid are some of the others who have been named by Bhaskar in his complaint. Kanpur outer police put out a tweet confirming that a case has been filed at the Ghatampur police station and the perpetrators have been booked under the relevant sections. They also said that further investigations are ongoing.

When they came to know the mob’s intentions, the victims took refuge in a shop, but they were pursued and assaulted inside the shop. Available information indicates that the mob not only brutally hit the RSS city Pracharak Bhaskar on his head leaving him gravely injured, but also indulged in loot by carrying away his gold chain and cash which the victim was carrying in his pocket. The victim received such serious injuries that he was referred to Kanpur by the Ghatampur CHC.

In view of the prevailing tensions, a large police force was stationed at the place to prevent the law and order situation from deteriorating. The police have filed charges against 10-12 suspects in total including Abrar Ahmed, Chote AKA Amir Hasan, Samir Kainda, Shahabuddin, and other unidentified men.