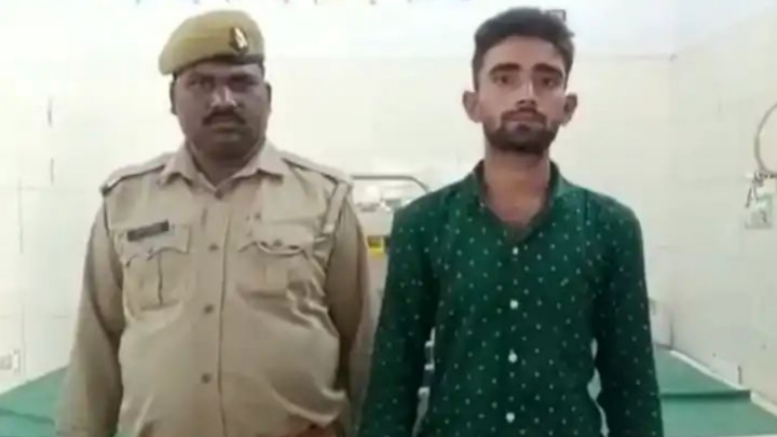 A shocking incident of Grooming Jihad is reported from Bareilly district of Uttar Pradesh where a minor girl was rescued from an abduction attempt by a man called Kasim who posed as Rahul to befriend the girl. The man has been arrested by the police.

According to the police, the girl is a student of class 12. She met Kasim online who introduced himself with a false identity. He even sported a kalava and the tilak to convince the girl of his Hindu identity. He works as a daily wage laborer and resides in the girl’s neighborhood. He gained her confidence and lured her into his love trap for the last one-and-a-half years. Eventually, he got intimate with her and even made her obscene videos.

When she discovered his real identity she began distancing herself from him. Kasim was furious at her attempts to avoid him. Reportedly, he was pressurizing her for Nikah and trying to convert her to Islam. He told her she ‘belonged’ to him and threatened her with leaking her obscene photos and video clips online.

When she did not relent, he tried to kidnap her along with his friends from her house on April 26. On hearing her screams, neighbors, and relatives rushed to the spot and handed him to the police. The police have also seized his mobile phone.

Kasim is now arrested under charges of rape, intimidation, and attempting to forcibly convert the girl. He has been charged with POCSO (Prevention Of Children from Sexual Offences) for sexually exploiting a minor. Five of his accomplices have also been booked for the kidnapping attempt. Baradari inspector Niraj Malik said that further investigations are ongoing.