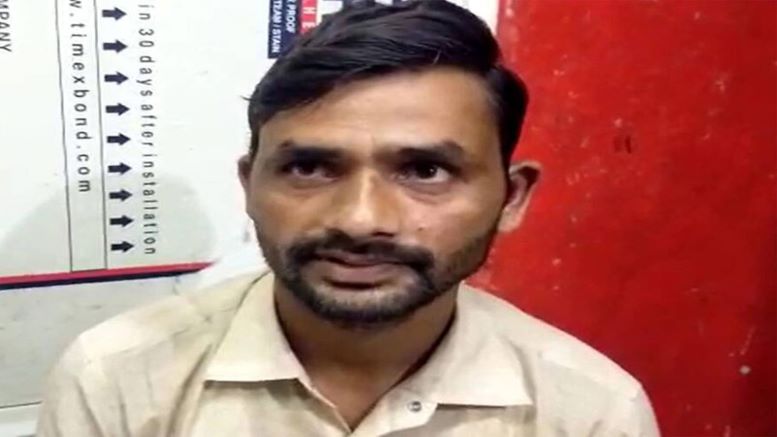 Police have discovered a second Aadhar card at the UP residence of Tasleem Ali, the Muslim bangle seller who was caught faking Hindu identity and thrashed by a crowd in MP’s Indore for molesting a minor girl. A team of Indore police had gone to Uttar Pradesh (UP) to investigate the charges against Tasleem when they came to know of Tasleem holding two Aadhar cards.

A report by the Times of India says:

A police team from Indore that has gone to Uttar Pradesh to probe the charges against the bangle-seller who was assaulted, has found that he had a second Aadhar card to avail benefits of PM Awas Yojana.

Officers spoke with his family members and recorded their statements as they dug into his antecedents. The suspect, Tasleem, is booked under Pocso charges and other sections of the IPC for allegedly making indecent advances at a 13-year-old and faking identity documents. The Pocso charge was added 24 hours after he was beaten up by a mob, apparently for using a fake name to ply his trade.

“A team was sent to Hardoi in UP to gather more details about the accused Tasleem alias Asneem alias Golu and they have collected facts. We’ll examine the facts and relevant information will be used in the case,” said CSP Nihit Upadhyay. According to Upadhyay, Tasleem’s family members have said that he was allotted a house under the PM housing scheme but there was an error in his name. Instead of getting it corrected, he got a different identity card made with the incorrect name, they said.

The explanation provided by the family for Tasleem holding two Aadhar cards is not just bizarre but unbelievable that anyone would get a card made with their incorrect name. This also brings into question how easy it is for one to get a fake Aadhar even though it requires biometrics.

Another case of grooming highlights the ease with which Islamists and criminals are able to procure Aadhar cards, Journalist Swati Goel Sharma has shared a series of tweets about Wasim Ahmad who got his fake Aadhar card made in the name of Dinesh Rawat. Sharma writes:

Wasim Ahmad got a fake Aadhaar card got made in name of Dinesh Ravat. He maintained two Facebook profiles. He used the one in name of Dinesh, to trap 22-year-old Maggi Goswami. She got an FIR filed against Wasim, mentioning specifically how he used a fake identity to trap her. A sensational claim is also made – Wasim told her he did this to “teach people like her a lesson”.

Meerut police shared these documents with the media. And also released a press note, specifically mentioning how he trapped her using a fake ID. This detail is also mentioned in the Meerut district court order last year when Wasim’s bail application was rejected.

In June this year, it came to light that Rohingyas have settled all over UP using forged Aadhar cards and voter IDs. The UP ATS had busted the gang that was settling Rohingyas illegally. It was revealed back then:

…It was Azizullah’s arrest that led the ATS to learn about Rohingya infiltrators who had settled in several districts of UP using fake identities and ultimately led to the arrest of Shahid and other such illegal Rohingyas who were dwelling in Bharat using forged documents. Additionally, the ATS began an intense search for Noor Alam and his accomplices.

…The ultimate aim of these criminals was to transfer illegal Rohingya and Bangladeshi infiltrators scattered all over the country and settle them in UP with an eye on the upcoming UP assembly elections in 2022.  The illegals were being given protection and cover by the dreaded, terror-accused Islamist organization PFI.

Cases like that of Tasleem and Wasim highlight how it has become easy for criminal elements to acquire fake documents even where biometrics are needed.