Rohingya gang settling illegals in UP busted, had support from PFI with eye on UP elections 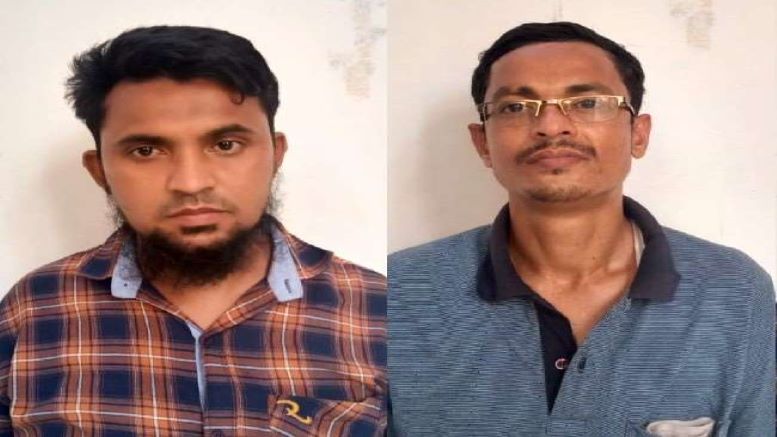 Uttar Pradesh (UP) Anti Terrorism Squad (ATS) has successfully busted a gang settling illegal Rohingya immigrants in the state. In a big breakthrough, on 7 June the ATS arrested two active members of a gang that brought in Rohingya infiltrators into Bharat from the porous Bangladesh border and used forged documents to settle them in various parts of UP. The accused who were arrested by the ATS from Ghaziabad have been identified as Rohingya infiltrators from Myanmar Noor Alam and Amir Hussain.

ATS IG GK Goswami issued a statement on 6 January saying the ATS cell was successful in arresting Rohingya Azizullah and his accomplices from Sant Kabir Nagar in East UP. During the course of interrogation, they were able to learn about a gang that was settling Rohingyas in different districts of the state using forged documents. Further, the police learned about Azizullah’s brother-in-law Noor Alam who was the mastermind of the operation.

Following the revelation about Alam, the squad was on the lookout for him and have now been successful in arresting him as well as Hussain. The two were presented before the court and their police custody was sought so that further investigations could be carried out regarding illegal Rohingya settlers who pose a threat to Bharat’s internal security.

In addition to 65,680 rupees, United Nations Card, PAN Card, Aadhar Card, and mobile phone has been seized from the duo by the ATS. It has further come to light that Alam was residing in Meerut while Hussain was living in Delhi. The interrogation of the duo has brought out several names involved in the racket.

Reports suggest that IB (Intelligence Bureau) and other agencies are also interrogating the two along with the ATS. Further, investigations are being carried out by various agencies with respect to those Rohingyas who were in contact with Noor Alam and his accomplices.

Readers may recall that a Rohingya man named Shahid was also arrested from UP’s Unnao located close to the capital Lucknow in February this year. The ATS has already recovered five lakh cash, eight passports, and passbooks of several banks from his possession. Shahid had managed to obtain a local SIM card as well. On 28 February, two more illegals Mohammed Farrukh and Hasan were arrested from Aligarh’s Kabela Road area.

It was Azizullah’s arrest that led the ATS to learn about Rohingya infiltrators who had settled in several districts of UP using fake identities and ultimately led to the arrest of Shahid and other such illegal Rohingyas who were dwelling in Bharat using forged documents. Additionally, the ATS began an intense search for Noor Alam and his accomplices.

ATS has now intensified its search for Rohingya infiltrators in several cities including Aligarh, Meerut, and Lucknow among others based on the information gathered by the ATS team from Noor Alam and Amir Hussain during their interrogation. Various agencies are now interrogating the two with respect to the infiltration taking place through the border with Bangladesh.

Rohingyas being settled with eye on UP elections

Other reports have said that the ultimate aim of these criminals was to transfer illegal Rohingya and Bangladeshi infiltrators scattered all over the country and settle them in UP with an eye on the upcoming UP assembly elections in 2022.  The illegals were being given protection and cover by dreaded, terror-accused Islamist organisation PFI.

The plan was to settle as many people in UP as possible, get their ration card and PAN cards made, and have their names added to the voter list before the upcoming election.

According to an intelligence report from 2 years back, there were around 800 illegal Rohingya infiltrators staying in UP. But as per UP ATS, the number of Rohingyas living in UP has grown manifold since. It has become difficult to trace them as they have many documents to prove their ‘citizenship’. PFI has played a big role in aiding and abetting these settlers, the ATS investigation has revealed.

One interesting fact that has emerged is that many illegal Bangladeshi infiltrators are settled in cities for long and know the local language very well, so are able to blend in. But fearing that they will be caught because of lack of local language proficiency, the Rohingyas initially stay in villages or remote hamlets as directed by their Bangladeshi counterparts and relatives.

Many of the Rohingyas earn well by working in slaughter houses located near Western UP towns like Aligarh, Agra and Unnao. PFI workers help them in every which way. During the violent, anti-CAA agitations in 2019 seen across UP, it was found that many Rohingyas were involved at the behest of PFI.