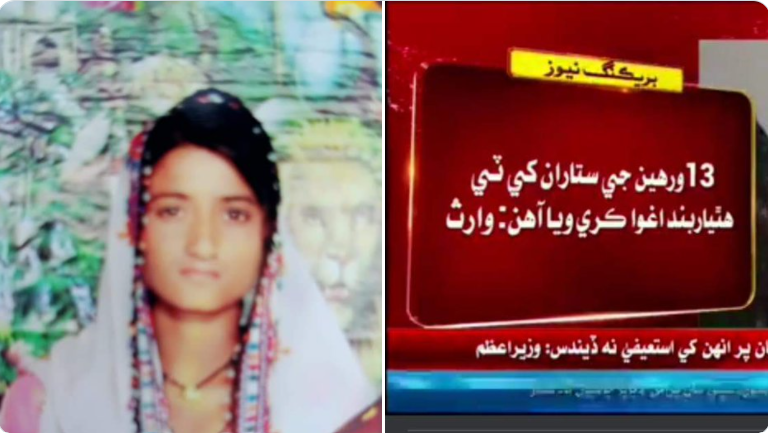 On March 22, Voice of Pakistan Minority had reported (archive link) about the abduction, forced conversion and nikah of 15-year-old Dia Meghwar in Mirpur Khas, Sindh.

On March 17, they reported (archive link) that abducted 13-year-old Bindiya Meghwar had been converted to Islam and married off in Khairpur, Sindh

The list goes on….here are the remaining cases from March –

We request all our readers to share this report with your public representatives – MP, MLA, councilor – Ministry of External Affairs (@MEAIndia, @DrSJaishankar) and favorite celebrities like film stars and cricketers, and request them to speak up for all these Hindu girls and their suffering families. That is the least we can do for our poor Hindu brothers and sisters living in a hostile Islamic nation like Pakistan.

Our elected representatives must ask Govt. of Bharat to raise the issue with Pakistan government for prompt action. Readers can also raise the case with so-called international human rights bodies like @UNHumanRights, @USCIRF etc. to hold Pakistan accountable and stop these atrocities on Hindus.

Please keep these girls in your daily prayers. ॐ