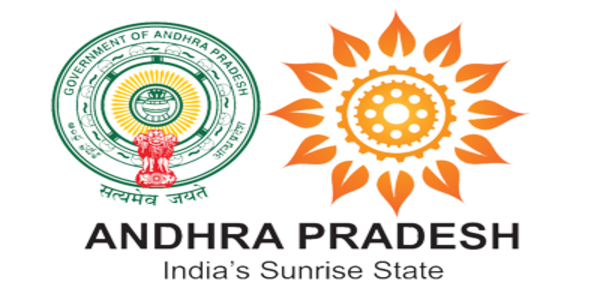 Andhra Pradesh Capital Region Development Authority Act, 2014 (Act.No.11 of 2014) was enacted for the declaration of the new capital area for the state of the Andhra Pradesh and a separate authority by the name APCRDA (Andhra Pradesh Capital Region Development Authority) was created  for the purpose of planning, co-ordination, execution, supervision, financing, funding and for promoting and securing the planned development of the capital region and capital city area for the state of Andhra Pradesh. Accordingly the foundation for the new capital city at Amaravathi (located between Vijayawada and Guntur cities) was laid on 22nd October, 2015. On 2nd March, 2017 an interim assembly building was inaugurated and interim secretariat building was inaugurated on 20th November, 2017 thereby paving the way for regular functioning of the government from the new capital Amaravati.

AP government has followed a unique concept of land pooling in order to overcome the huge financial burden and other hurdles involved in the routine process of land acquisition. Under this land pooling, the land owners (mostly farmers) have surrendered their lands to the government for development of the capital city and in turn they would get back a portion of the developed plots of the capital city backed by good infrastructure. Additionally, they would also get an annual financial compensation for a period of 10 years.

Around 33,000 acres of land has been acquired through this novel land pooling concept and the central government in its 2017-18 budget has given capital gains tax exemption to the land owners who have given their lands under the land pooling mechanism for the construction of the capital city Amaravati.

It is learnt that Harvard University is planning to study the Amaravati land pooling system in view of its unique features. In the earlier undivided state of Andhra Pradesh, all the development was totally concentrated within the capital city Hyderabad resulting in total neglect of the other cities and towns across the state. Therefore, critics have cautioned against repeating the same mistake in developing the new capital city at Amaravati. However, the AP State government has decided to build the new capital Amaravati as a world class city with a highly ambitious plan.

The AP Reorganisation Act envisages sanction of special development package by the central government to the backward regions of Rayalaseema  and north coastal regions of AP. Accordingly in seven districts of AP viz., Ananthapur, Chittor, Cuddapah, Kurnool, Srikakulam, Visakhapatnam, Viziayanagaram any manufacturing undertaking set up during the period from 01.04.2015 to 31.03.2020 is eligible for 15% of higher additional depreciation and 15% of investment allowance on the cost of plant and machinery acquired by it during the above period. The centre has also sanctioned Rs. 1,050 crores to the above seven backward districts covering the period 2014-15 to 2016-17, and in the process each of these backward districts received Rs. 150 crores. Centre has committed to pay a further sum of Rs. 1050 crores in due course.

AP is the first state in the country which has enacted the industrial single window clearance. AP state has put in place for the sectors like- auto mobile, IT, aerospace, defense, electronics. The World Bank has ranked Andhra Pradesh number one in Energy Efficiency Implementation Readiness.

AP government has also won 26 awards in power sector during 2015 to 2017. From a power deficit of 25.5 million units per day at the time of bifurcation, as a residuary state of Andhra Pradesh, the state has successfully managed to become a power surplus state within a short span of one year. The state has managed to bring down the transmission and distribution losses from 14% to 9.8%. By augmenting both conventional and renewable energy production and enhancing energy efficiency through massive installation of LED bulbs and solar pump sets in the villages, AP state has managed to reduce the energy production cost.

In its second phase of power sector reforms, the state is focusing more on alternative energy like solar and wind power. As the solar power production cost is much lower than the other sources, the government is even contemplating to reduce the electricity charges in the near future. Clarity in policies, industrial single window clearance and 24×7 power supply has helped the state to increase its industrial growth over the years (7.69% and 10.49% in 2015-16 and 2016-17 respectively). Andhra Pradesh has occupied the 1st position in Ease of Doing Business Rankings this year given by the World Bank and the Department of Industrial Policy and Promotion, Government of Bharat in the year 2016-17.

In the agricultural sector the state has made considerable progress after 2014. The state government has taken up and completed Pattiseema lift irrigation project costing Rs. 1,300 crores in a record time of one year in March, 2016 and entered into the Limca Book of Records. This project has become a boon to the farmers in four districts in Krishna delta covering nearly 13 lakh acres. Enthused by the success of Pattiseema Project, AP state government launched Purushottapatnam Lift Irrigation Scheme costing Rs. 1,638 crores through the left main canal of Godavari River and its phase-I was completed in a record time of 225 days and commenced in August, 2017.  2.15 lakh acres of agricultural lands in East Godavari district are expected to get irrigation facility through this project. The above two lift irrigation projects are the off shoot of the Polavaram irrigation project.

Polavaram irrigation project in Andhra Pradesh will be the biggest dam dedicated to nation after Sadar Sarovar dam on Narmada river in Gujarat. Polavaram project diverts and utilizes the surplus waters of Godavari River into Krishna and other Rivers to make the state drought free forever, meeting the demands for irrigation, drinking water and industrial purposes. Every year 2,500 TMC waters of Godavari River go waste into the sea and the Polavaram Project is expected to divert 2.27 TM cum (80 TM cft) of Godavari waters into Krishna River. Though the Polavaram irrigation project is expected to be completed by 2019, as a plan B the state government has launched the above two lift irrigation projects even without central government assistance in order to ensure that the farmers get adequate water for irrigation pending the completion of the mega Polavaram project. Reaping benefits of the above strategy, the state has recorded an impressive agricultural growth of 14.03% in 2016-17 as against 7.69% in 2015-16.

Services sector in AP has registered a growth of 12.93% in 2015-16 and 10.16% in 2016-17. 974 KMs of vast eastern coastal corridor passes through AP which has the potential to develop sea ports. The Visakhapatnam port (under the central government control) ranks fourth in terms of port traffic and the AP state has 14 notified ports under its control. In H1 FY18, the cargo handled at the port was 30.15 million tonnes.  As against the target of 60 million tonnes of cargo in 2016-17 the Vizag Port Trust has achieved 61.02 million tones. In October, 2014 Vizag city was devastated by cyclone Hudhud but the state government could rebuild the city in a very short span and it is one of the 100 smart cities and fifth cleanest cities in Bharat. Compared to the industrial and agricultural sectors, service sector is yet to catch up the pace and the government has started stepping up its efforts in this regard.

In December 2017, AP state has launched an innovative fibre grid project offering internet, telephone and cable TV services for Rs. 149 per month. While the first phase of this project targets urban households, the second phase aims to cover 9000 gram panchayats with the overall objective of covering education, telemedicine, e-governance, agriculture, rural development, and e-commerce in due course.

The fibre optic grid is one of the five grids being established by the AP Government; the four others are Water Grid, Gas Grid, Power Grid, and Road Grid. These 5 grids, 5 campaigns (Agriculture, Education, Health & Sanitation, Environment & Poverty Alleviation), 7 missions (Primary Mission, Social Empowerment Mission, Skill Development Mission, Service Sector Mission, Industry Mission, Infrastructure Mission and Urban Development Mission) collectively constitute e-pragati. The objective of e-pragati is to provide integrated services to the citizens and bring a transformational change in the functioning of the government. Government of Andhra Pradesh (GoAP) aims to realize the vision of ‘Sunrise Andhra Pradesh’ to be ranked among the three best States in Bharat by 2022 and the best State by 2029.

CORE-CM Office Realtime Executive Dashboard is an integrated dashboard launched in 2016 to monitor category-wise key performance indicators of various departments/schemes in real time. Users can check key performance indicators of various departments, schemes, initiatives, programmes, etc. This is consolidated and arranged in a single frame for effective monitoring by the chief minister of the state.  Andhra Pradesh is the first state to use the CM Dashboard technology in Bharat.

In his earlier stint as chief Minister of the undivided Andhra Pradesh during 1994 to 2004, Mr. Chandra Babu Naidu has been credited with making Hyderabad city as a hub for IT and software industry. Now in his current tenure as CM of the Andhra Pradesh post bifurcation in 2014, he is planning to integrate technology in agriculture to improve the farm productivity.

Key Economic Indicators of the State of Andhra Pradesh

AP state post bifurcation in 2014 started with both revenue deficit and fiscal deficit but has managed to gradually reduce the same as under.

The fiscal deficit in 2016-17 was 3.66 percent of the GSDP (Gross State Domestic Product), marginally higher than the ceiling of 3.25 percent as per the FRBM (Fiscal Responsibility and Budget Management) Act of Andhra Pradesh. As the AP government is going ahead to create new capital city, improve the infrastructure across the state, apart from taking up several irrigation projects, there will be a spurt in capital expenditure which will lead to large borrowings. In order to repay these large borrowings along with interest, in due course the state needs to step up its efforts in revenue generation. On the other side the government is under compulsion of its poll promises to spend large sums towards various social welfare measures. The government is doing a tight rope walk trying to balance both economic development and social welfare measures.

As three and half years have passed by, but not much movement has taken place with regard to the pending issues as mentioned above, the MPs represented by the ruling party TDP in Andhra Pradesh have raised a private member bill in the parliament on 29th December, 2017 seeking an amendment to the AP Reorganisation Act, 2014 to obtain statutory backing to the special development package announced by the central government to the state of Andhra Pradesh on 7, September, 2016 so as to legitimize the assurances made by the centre.

One has to wait and see whether both the governments will come on the same platform to resolve the major pending issues under the AP Reorganisation Act mentioned above in the interests of the people of Andhra Pradesh before 2019 general elections.