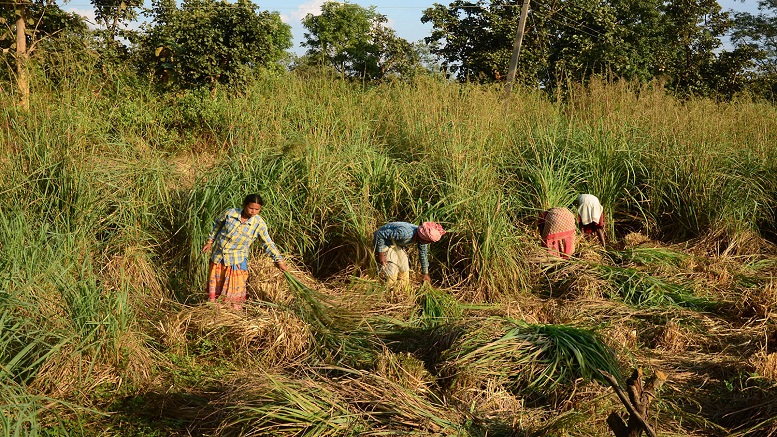 It’s early Monday morning and Charlotte Smith is given the new product to use which was spoken to her about earlier. As she opened the bottle she smiled. The first thing she liked was the smell of the new floor cleaner she was given by her supervisor, to clean the floors, on her morning shift, at the Atlantic Regional Medical Centre, Atlantic City – US.

It was only last month that Atlanticare an integrated medical service systems company with multiple facilities across the country had tied up with Puracy and Ecomax, two companies offering natural plant based chemical free floor/all surface heavy duty cleaners. Atlanticare has made a conscious decision to move from synthetic chemical products to natural for all surface, utensil, laundry, carpet & upholstery cleaning, so the new suppliers were brought in.

For years Puracy worked with a team of doctors and chemists to create cleaning products that were free of harsh chemicals and were gentle enough to use around and today they sell millions of units across US & Canada products have become best-sellers on Amazon, been featured by The New York Times, CBS, NBC, and Martha Stewart, and are also available in stores nationwide.

It’s the same Monday foggy night half way around the globe in a small village in the state of Jharkhand in Bharat where Amar Singh Sidhu the tribal village head rushed out of his mud house to loud noise middle of the night and walked up a portion of the fence of his 50 acre farm,  to his disbelief finds that his fully grown standing crop is untouched against the adjoining paddy and other vegetable fields which have been ravaged by the huge family of trespassing wild elephants the villagers were trying to chase out with their fire torches.

The aroma that attracts Charlotte to her new cleaning solution drives away elephants to ants and both of Atlanticare’s suppliers import tons of the exclusive  produce of Amar Singh Sidhu’s farm every year to create their highest selling cleaning products.

It’s growing the lemon grass crop which Amar Singh initiated in his tribal village in the dense Saranda forest, a  crop to sustain a livelihood which is almost equivalent in earnings like paddy. The lemon grass oil that is extracted from the crop after harvesting when send to the production units of Puracy & Ecomax generates income, sustains the local economy in this tribal region and helps the world to shift from chemicals to natural.

Amar Singh was introduced to lemon grass farming a few years back by Mr. G. P. Gupta a mining engineer from BHU and now  a retired SAIL employee for more than 15 years, have worked and seen the plight of the tribals in the region for decades while heading the iron ore mines in the area. Post retirement  he focused on attempts to lift the local economic condition of the tribals through agriculture. Together with Amar Singh he has now close to a hundred farmers who are growing lemon grass in their otherwise wasted land spanning over 500 acres.

It was Amar Singh the gram pradhan or the village head who initiated the movement by planting twenty thousand lemon grass saplings in his farm. An extraction unit or the distillation set up was then set up and post harvest oil started getting extracted. Soon other farmers joined in by buying saplings from the initiator and cultivating the crop in their land. More and more farmers joined and more oil extraction units were installed in the farms.

Soon after the news spread ‘samudaay baithaks’ or community meetings were arranged where the mentor Mr. Gupta and the initiating farmer Amar Singh were speaking about the benefits of lemon grass farming. Where the saplings were available, how the land was to be made ready for sowing, how the saplings were to be planted, how much water was required  and how soon they would grow to be ready for harvest.

Villagers otherwise partially employed as temporary contractual labourers in the ore mines with an annual income much less than the set poverty line threshold of the country were happy to come over to these meetings in large numbers. They were otherwise cultivating paddy and vegetables only enough for their own consumption. With paddy they were making some money but with the cost of cultivation rising steeply over the last few years against the return rate declining many were looking for an alternative.

Lemon grass with it’s easy no maintenance growing and the high demand for its oil, yields a good annual income for the farmers in the region as the crop grows fast and each bunch grows into fifty or more saplings ready to be replanted. The average annual income that a farmer makes per acre of cultivating the crop is about one lakh rupees and the average farmer owns more than three acres land.

Lemon grass oil is exported to over 76 countries from Bharat with US being its largest importer. In the year 2020-2021, Bharat has exported Lemon Grass Oil worth of  USD 7.22 million. The total volume of export in 2020-2021 was around 410630. (source –  connect2india an integrated export trade enabler for MSMEs ). The market for the oil is segmented on its grade and its application. In both food  and therapeutic and personal care grade the product has a thriving market.

For applications grade, the market is further segmented between uses in soaps, deodorants, shampoo, conditioner, body lotion, tonics and air fresheners. Its skin healing properties due to its high antioxidant/ antibacterial properties with important vitamins like vitamin A, B2, B3, B6, B5, B1, folate and vitamin C in addition to essential minerals like copper, calcium, phosphorous, zinc, manganese, iron and magnesium contents  have driven its use in the modern cosmetics market with high demands in all continents.

Though the  cleaning product market consumes the most of the produce in this segment due to it being a natural substitute against the otherwise synthetic and chemical products.

Amar Singh’s cousin Jugal Hembrom was all praises for the crop and the support he has received from the mentor of the project Mr. Gupta in turning the local villages into what he calls a green revolution. He was amongst the first to install an oil distillation unit in his farm which not only served in extracting pure lemon grass essential oil with a high citral value of more the 75% (citral is an aroma terpene that imparts the characteristic lemon scent to plants such as lemon grass, is a relatively inexpensive compound and represents an important ingredient in the perfumery industry employed for the synthesis of menthol enantiomers ) ensuring the purity of the extract but also helps extracting oil from the produce of other farmers who bring in their crop to him.

As I spoke to Hembrom about the amount of oil that gets extracted daily and how that is packaged and transported to the buyer Anita Rao a homemaker in Doylestown, Pennsylvania receives her Amazon delivery of the dried lemon grass tea cut leaves she uses with her tea every morning evening unaware that the green organic produce was washed dried and packed in huge quantities for retail buyers like her across countries from the very farm I stand in her native country.

As more and more villagers join the movement the area under cultivation is set to grow to a large extent as it takes roughly about one ton of the crop to yield  one litre oil over 5 hours of distillation, so the amount of crop that needs to be cultivated to meet the buyers demand for oil is big and requires plenty of land. The mentor the initiator the promoters and the growers are all stakeholders hand in hand rooted together to bring in the economic lift that lemon grass promises and are happily working towards it.