“Should Proselytization of Children be allowed in Canadian Public Schools?” a Principal Asks 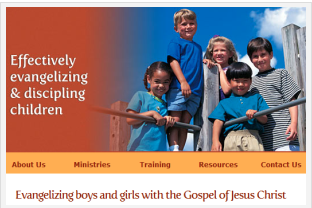 The below article published in 2015 throws light on how Christian religious teaching & preaching is a part of the ‘secular’ Canadian public school system. This is in stark contrast to how teachings of Hindu Dharma (even non-religious, philosophical ones) are completely banned from the public school sphere in Bharat, and actively discouraged even in private schools run by Hindus

1976 was my last year at Principal Sparling, a little elementary school in the West End of Winnipeg. It was also the first year that Winnipeg #1 School Division did not open the morning exercises with the Lord’s Prayer or Christian Bible readings. There would be no more kids with the name Goldberg, Mahmoud, or Singh standing in the hall while Christian storytelling was going on inside class. It was a big step to a more secular school system – and we may be on the verge of another one.

At the present time Manitoba’s Public Schools Act states in section 80(2): “the school board SHALL pass a by-law authorizing instruction in religion in compliance with the (parents’) petition.” In effect, all that’s needed to have your religion (or any other religion for that matter) taught in public schools at lunchtime or after class is the signatures of a few of the schools’ parents, and your religion is in. No debate, no discussion.

A motion brought forward in April by trustee Lisa Naylor asks the provincial government to alter a single word – change “SHALL pass a bylaw authorizing instruction in religion” to “MAY pass a bylaw “. This tiny change in the act would give school divisions the necessary leeway to accept or reject a petition for religious instruction. This motion was much discussed at a very, very long school board meeting attended by several HAAM members just recently.

Speaking in favour of the motion (our side) was HAAM’s Tony Governo. His presentation was well researched and to the point, but unfortunately there’s only so much you can pack into 10 minutes. Tony pointed out that the way the act reads now could possibly be unconstitutional, as it leaves no recourse for minority religions, ones that cannot garner the required number of signatures. He pointed out that some provinces, such as British Columbia, have legislated a completely secular public school system. A great deal of his presentation and this meeting was spent commenting on the only religious group on record that has ever taken advantage of the religious petition system – the Child Evangelism Fellowship (CEF). The CEF is an international organization that teaches an inerrant fundamentalist version of Christianity. A quick stroll on the internet will show that their primary goal is the religious conversion of children to their form of Christianity. They brought four people to speak against the motion – a husband and wife, a former volunteer, and the director of CEF Manitoba.

The four presentations are far too much to cover in this article but their arguments are similar and seem to share the same central point: They believe that the wording change seeks to undermine religious freedom and restrict parents’ freedom to teach their own children their beliefs. It doesn’t, as trustee Naylor explained – the motion simply would give school boards the autonomy to evaluate religious programming being taught in public schools. At home, parents are free to teach their children whatever they choose.

It’s noteworthy that all four presenters against the motion were connected to the CEF either as present or former workers, or parent supporters. After each presentation I found another common theme among the CEF speakers – their ability to punch gaping holes in their own arguments. When the first presenter, a parent, was asked if there was any active recruiting going on by children in the CEF program, she replied “no”; then continued “but they (her children) would ask other children to go”. She also stated that her children “are very vocal about their Christian background and they have a right to continue that”. She later felt the need to add that her children were “vocal but never forceful”. I guess for Christians, recruitment has a different meaning?

The second presenter used his full 10 minutes to talk about constitutional and parental rights and how he feels this will limit them. He made the statement “if you’re going to refuse one religion you have to refuse them all”. I would agree, but this is not what the bill was about. When asked if the school board should have the right to screen out groups, either political or religious, that might be harmful to the kids, he wholeheartedly agreed. With that admission I don’t think he realized he threw his full support behind Ms. Naylor’s motion, which seeks to do exactly that – protect the kids from harmful beliefs.

The third presenter, David Hudson, has been director of CEF Manitoba for the last 26 years. He spoke about rights, freedoms and what he believes the CEF is primarily about – teaching children the difference between right and wrong. Unfortunately, almost every question that was asked of him in during the lengthy Q & A was met with sidestepping, obfuscation or just refusing to answer.

Some time was spent actually discussing what the CEF would teach in their classes. When asked to name an issue CEF is concerned with, Mr. Hudson brought up bullying, stating that bulling was very important. He was asked “if a child who was being bullied came to a CEF classroom what would be the take-home message for that 6-7 year old child?” Mr. Hudson’s answer was not that he would tell the child to report it to authorities, or to tell their parents, or even to find a teacher. According to CEF teaching, it is the child’s responsibility to love the bully, because, as Mr. Hudson stated, if you love the bully they can’t bully you back. Moreover, if the child is being bullied because they have two moms, this is a “non-issue” for CEF. The child should love the bully because, as he said “if people abuse you and you love them back it’s very hard for that abuse to continue”… No, I’m not making this up. I give Mr. Hudson credit as this is one of the few questions he answered directly.

Hudson repeatedly made the point that “the gays and lesbians” are a non-issue for the CEF, even though this organization has, from 2001-20012, donated $3,056,704 to anti-LGBT organizations in the U.S. Yet he still insists it is a non-issue? When this was pointed out, the director simply dismissed it as inaccurate, even though it is a matter of public record and easily researched. The subject of the LGBT community was dodged so much that one trustee was prompted to ask “Mr. Hudson, you do realize evasion is a form of lying, don’t you?”

Hudson was also asked what are children told happens to unsaved people after they die; where do they go? Would they be cast into the lake of fire, eternal torment? No – according to the director, it’s just a “separation from God”. Of course, this puts him at direct odds with Section N (the statement of faith) on his organization’s own webpage; not to mention most of the course material that he actually sends out. So much for courage of conviction.

When asked about creationism he replied “The beauty of an education system is to teach both theories”. When asked about sex, specifically premarital sex, the director lamented “it’s a non-issue for us.” Sex is a non-issue? I think this is a first for any Christian group supposedly teaching right from wrong.

The final speaker, a former CEF volunteer who currently teaches at a private Christian school, spoke passionately on the importance of religious rights and parents’ rights. She believes that the Public Schools Act should remain the way it is, and that the motion to change it would restrict parents’ rights to teach their children as they see fit. Trustee Freedman picked up on a point Tony Governo made in his opening presentation: as the act is written it may be unconstitutional since it restricts smaller religions from the same access to schools as larger ones. Freedman, in a short exchange, was able to show this as inequality. The speaker agreed, and when pressed further, she agreed to gladly send a letter to the Minister of Education asking to change Section 80 of the act. The very section she came in to support!

It’s unfortunate that all the highly religious presenters that night couldn’t see the real issue; they are all victims of their own ignorance and religious indoctrination. They can’t see the difference between cultural study and promoting a religion as truth. They believe that promoting diversity and pluralism, and protecting children from harm, equals taking away their rights to teach their religious beliefs to their children. They equate a loss of privilege with a loss of rights. For some it forces them to lie about their faith. The cognitive dissonance must be painful.

I’m confident this motion will pass. Then it will be up to us, the people of Manitoba, to change our education act….. We’ll keep you posted.

Most educationists in Bharat today are proponents of Western ideals like secularism, liberalism etc. But our level of self-alienation is so high that we have taken these ideas to their radical extreme, surpassing what they stand for even in the Western societies they originally emanated from. Most public schools (i.e. those operated from State funds) in Western countries are wedded to the Judeo-Christian cultural roots of those countries, and the debate there is on how much of Christianity should be taught in public  schools.

On the other hand, in Bharat, we have a situation where not only is the public school syllabus biased against the Hindu civilization (even non-religious, philosophical aspects of Dharma are ostracised), even schools run by private Hindu organizations are not allowed to run without state interference via laws such as RTE.

And for those interested, the motion (referred in above article )to amend Manitoba’s Public Schools Act, aimed at making it more difficult for child evangelizers to operate, was rejected. This is what the relevant section of the Act still states –