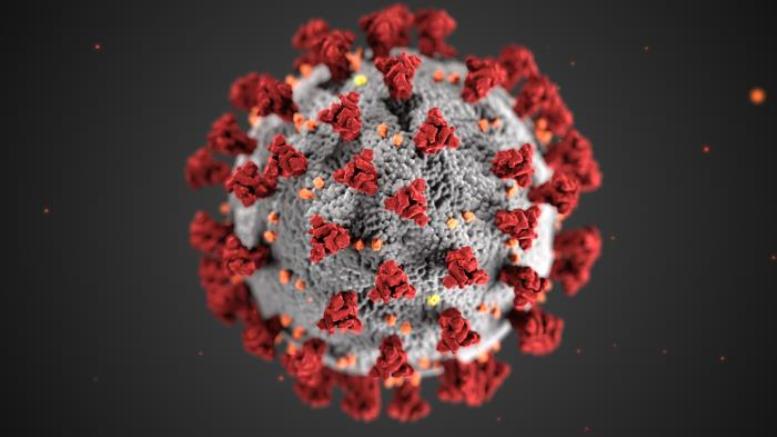 In a previous article, Hindupost had highlighted the revelations made in a video report by Robert David Steele, which spoke of possible American funding to the Wuhan Institute of Virology and the involvement of Dr. Fauci who has been the Director of the US’ National Institute of Allergy and Infectious Diseases (NIAID) for several years.

The article mentioned gene editing and how Bharatiya scientists had identified four insertions in the glycoprotein that are unique to 2019-nCov:

Steele speaks of gene editing technology being available to China, Australia, India and others and informs about the findings of researchers from Bharat around 14 months ago that showed that the Corona virus had an HIV delivery system and many viruses were spliced together. (Paper mentions four insertions in the spike glycoprotein that are unique to 2019-nCov.)

It also discussed the role of Peter Daszak, President of EcoHealth Alliance that received funding from official US sources. Daszak, a British zoologist was involved in the research on coronaviruses at North Carolina and the projects he was working on were later moved to Wuhan owing to the US government moratorium on gain-of-function research. An interview of Daszak where he spoke explicitly about researching bat viruses and their ability to “spillover” to humans so as to infect humans was also shown in the video report.

Regarding the work carried out at North Carolina that was carried over to Wuhan, the article mentioned the remarks of scientist Prof. Frances Boyd:

Although the revelations of the corona virus being lab manufactured were made early on during the pandemic, certain scientists wrote a Lancet article in February 2020 to discredit this as a ‘conspiracy theory’. It is not surprising that one of the authors of this article is Peter Daszak. In the above-mentioned video, Robert David Steele revealed:

Emails have been unearthed where people from Daszak’s organization EcoHealth Alliance have been caught saying that the public should not get to know that they are the ones that wrote the Lancet paper covering up that the virus was lab manufactured.

But once again, the claims of the virus being lab manufactured are gaining credibility. As the theory of the lab-break of the virus gains momentum one more time, more so after the Lancet article being discredited, a Newsweek article has revealed the role of ‘amateur sleuths’ in demystifying the lab-break theory.

Newsweek credits the DRASTIC team which helped uncover the truth on the Wuhan lab leak. In fact, two Pune-based Bharatiya researchers, Monali Rahalkar and Rahul Bahulikar who are part of the DRASTIC team have linked the Covid-19 virus to the SARS like virus that caused the 2012 pneumonia deaths in the Tongguan mineshaft, Mojiang, Yunnan, China.

Thanks to DRASTIC, we now know that the Wuhan Institute of Virology (WIV) had an extensive collection of coronaviruses gathered over many years of foraging in the bat caves, and that many of them—including the closest known relative to the pandemic virus, SARS-CoV-2—came from a mineshaft where three men died from a suspected SARS-like disease in 2012. We know that the WIV was actively working with these viruses, using inadequate safety protocols, in ways that could have triggered the pandemic, and that the lab and Chinese authorities have gone to great lengths to conceal these activities. We know that the first cases appeared weeks before the outbreak at the Huanan wet market that was once thought to be ground zero.

Another Bharatiya member of the DRASTIC team mentioned by Newsweek is the twitter handle The Seeker.

Details of The Seeker’s efforts and role in uncovering the mystery along with other members of DRASTIC have also been highlighted in this article in Swarajya.

The group found out that the genetic sequence for RaTG13 perfectly matched a small piece of genetic code from a paper written by Shi Zhengli years earlier, from a virus the WIV had found in a Yunnan bat.

The thesis described in exhaustive detail the conditions and step-by-step treatment of the miners who got sick in 2012. The suspected culprit? SARS-like [coronavirus] from the Chinese horseshoe bat or other bats, noted the thesis.

The Seeker then found a second thesis from a PhD student at the Chinese CDC confirming the above information. Four of the miners had tested positive for antibodies from a SARS-like infection, and the WIV was involved in testing samples from the patients.

Shortly after The Seeker posted these theses, China reportedly changed the access controls on CNKI so no one could do a similar search again.

The researchers from Bharat, mentioned above and in Hindupost‘s previous story also played a major role by identifying four insertions in the spike glycoprotein that are unique to 2019-nCov. A recent article in Opindia describes in detail the research carried out by these researchers Prashant Pradhan, Ashok Kumar Pandey, Akhilesh Mishra, Parul Gupta et al.

The spike (S) glycoproteins enable the Coronavirus to enter the cells of human bodies.  Studies have shown that the glycoprotein has a specific shape that helps them to attach to host cells, and this ability is unique to the SARS-CoV-2, not found in other types of Coronaviruses like SARS-CoV. More specifically, the spike glycoprotein (S) of Coronavirus is cleaved into two subunits, S1 and S2. The S1 helps in binding with the receptor on the target cell, and the S2 subunit facilitates fusion with the cell membrane.

As this splitting of the glycoprotein in SARS-CoV-2 is unique to it, the Indian researchers wanted to study how this evolution happened. To do this study, they compared the spike glycoprotein sequences of the SARS-CoV-2 with SARS-CoV, and analysed the difference in them. On careful examination of the sequence alignment, they found that the SARS-CoV-2 spike glycoprotein contained 4 insertions, or 4 segments that are not found in the earlier less infectious forms of Coronavirus.

Despite efforts of those who were part of the conspiracy to manufacture the virus as a bio-weapon and to cover up the truth, truth is finally getting revealed. Many scientists and ‘amateur detectives’ have played a major role in bringing out the truth. It is not surprising that many who contributed to this effort are Bharatiyas.

It is hoped that the revelations lead to criminal prosecution of the entities involved in unleashing this horror upon the world in a pre-meditated manner.