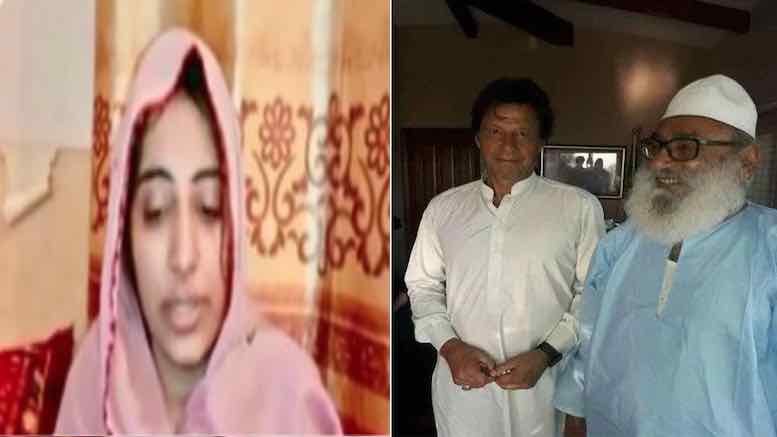 In yet another case of abduction, forced conversion and ‘marriage’ of a Hindu girl in Pakistan, a primary school teacher Ekta Kumari has been targeted this time around.

As per a Pakistani journalist in exile, Ekta was forcefully converted to Islam by the notorious Muslim cleric Mian Abdul Khaliq (aka Mian Mithoo or Mithu), and as is the pattern in such crimes she will soon be forcefully ‘married’ off to a Muslim man. These sham marriages are actually just a means of sexual enslavement of the helpless Hindu girls, who are often abandoned, murdered or sold off into prostitution.

Mian Mithoo is the Pir (head) of the influential Bharchundi Dargah (Islamic Sufi shrine) in Ghotki district of Sindh province. The cleric who leads a lavish lifestyle and always travels with armed escorts has been a member of Pakistan’s national assembly (MNA) from 2008-2013 representing the ‘liberal’ PPP (Pakistan People’s Party). Later, he flirted with Imran Khan’s PTI and at one point there were reports he would fight elections on a PTI ticket.

Mithoo has said that he has personally overseen the conversion of 200 Hindu girls, who he claims voluntarily came to him to ‘accept Islam’. He first shot into notoriety in 2012 after the forced abduction and conversion of a young Hindu girl Rinkle Kumari – daughter of a local school teacher Nand Laal. Talking to media outlets, Nand Laal had called Mian Mithoo a terrorist and a thug alleging that he keeps the girls in his home for sexual exploitation.

Mithoo is also very close to higher-ups in the Pakistan Army.

In Sept 2019, Mithoo led Muslim mobs to target the Hindu minority of Ghotki over a false blasphemy charge levelled against a Hindu school principal to cover up the abduction of an 11-year-old Hindu girl Monika.