Rinkle Kumari, a name that should haunt every Indian liberal 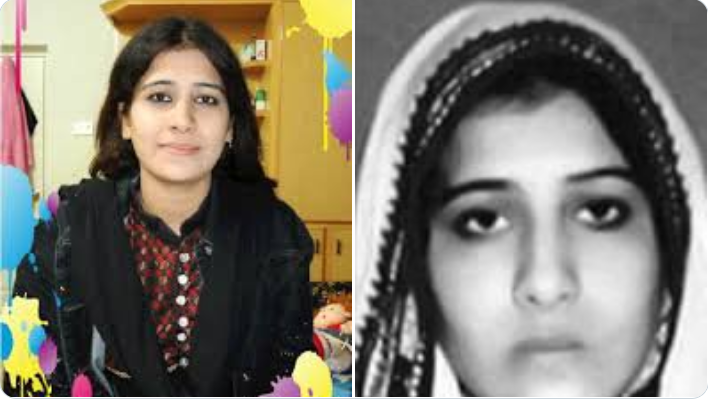 “There is no justice for Hindus in Pakistan. Kill me here, now, in court but do not send me back to Darul-Aman [shelter home]. I want to go to my parents”, said Rinkle Kumari, a Hindu girl in Pakistan. Her story from 2012 is an eye opener account of the painful status of minorities in Pakistan.

On early morning of 24 Feb, 2012, Rinkle Kumari, a 19-year-old Sindhi Hindu teenager was abducted at gun point from her home in Mirpur Mathelo town, Ghotki District, Sindh province.  She was abducted by Naveed Shah and 4 others, later forced to convert to Islam & ‘married’ off to Naveed.

Pir (Sufi spiritual leader) of Bharchundi Dargah, Mian Abdul Haq (Mian Mithoo), was involved in the case; he also happened to be an MNA (Member National Assembly) of the Pakistan People’s Party (PPP), the ruling party of President Zardari. This Dargah is very infamous for religious conversion activities.

Mian Mithoo was not only involved in converting & encouraging forced marriages, but also selling girls. Rinkle’s father Nand Lal, a govt schoolteacher, said – “Mian Mithoo is a terrorist. He kidnaps Hindu girls and keep them at his house for sexual purposes & later sells them off”.

Rinkle’s family got a phone call from the Dargah on the same day as her abduction. The caller said Rinkle is in their custody, had ’embraced’ Islam and ‘married’ Naveed Shah. The family was asked to come to Bharchundi if they wished to meet her. But knowing the Dargah’s culture, it was obvious what it would mean if they went there.

The next day, Rinkle was produced in the court of Civil Judge, Ghotki, where she insisted on going back to her family. Mian Mithoo slapped her in the courtroom full of spectators and threatened that if Rinkle’s custody is snatched from him he will set entire Mirpur Mathelo ablaze.

Armed groups gathered all around the court to showcase their power and impact court’s decision. Familiar with the influence of Bharchundi Dargah, the Judge gave the verdict in their favour in literally no time and allowed them to take Rinkle with them.

Mithoo’s supporters went berserk in jubilation, danced on the streets and fired guns shouting ‘Allah-hu-Akbar’ as if they had won a war. They even threatened to kill Rinkle and her family, pressurised Rinkle to say that she had accepted Islam of her own will, and even made and circulated a fake video of her.

Imagine how Rinkle would have felt when she went to court with 500 of Mian Mithoo’s thugs carrying weapons surrounding her? Can we ever say that her statement was recorded out of free will? This incident witnessed widespread protests. Even a member of the US Congress wrote a letter to Pak PM to look into it (but the UPA Government of the time remained conspicuously silent; in fact, they gave permission for Pakistan to tour Bharat for a cricket series later that same year). Her mother said to Human Rights Commission – “We can’t sleep at night anymore, wondering whether our kidnapped girls would become suicide bombers or be sold off into prostitution.” Imagine the agony of a mother whose young daughter, whom she raised with so much care and love, was snatched by fanatics.

As per Rinkle’s father, she did not know Naveed Shah, hence there was no question of eloping with him. There was no internet or phone at home. If she had gone willingly, she would have taken her slippers and sweater, but she was kidnapped barefoot and without any warm clothes despite the cold weather.

Rinkle’s case was referred to the Supreme Court (SC) of Pakistan. The poor girl would have thought she will be saved now. On 26th March, she screamed in front of camera/ media that she wanted to go to her mother and that she was converted forcibly. She pleaded to court ‘you can kill me here but don’t send me with them.’ But her cries fell on deaf ears.

Pakistan’s SC adjourned the hearing for 3 weeks and sent her to a shelter home against her wishes. Her parents were not allowed to meet her. In these 3 weeks everything changed as this was enough time for Mian Mithoo to make her say what they wanted.

On 18th April, a 3 member bench, comprising Chief Justice Iftikhar Muhammad Chaudhry, Justice Khilji Arif Hussain & Justice Tariq Parvez decided to send her with her abusers/abductors. There is no trace of Rinkle since 2013. She may be under control of Mian Mithoo, perhaps in a brothel in north Sindh, or might have died.

Rinkle’s last message to her mother- “Maa, leave me and migrate to Bharat so that I could give up my life with ease. Mian Mithoo tells me that if your relatives couldn’t save you in Ghotki court, shelter house and Supreme Court, do you think that they could ever free you?”

The story and grief of Rinkle Kumari is only the tip of the iceberg. The South Asia Partnership-Pakistan (SAP-PK) released a report in collaboration with the Aurat Foundation in July 2015 stating that at least 1,000 girls are forcibly converted to Islam in Pakistan every year.

For decades, Hindu girls have been abducted &forcibly converted to Islam in Pakistan. We heard so much about Malala, she even got a Noble prize, but there is absolute silence about Rinkle & other girls like her. This is one of the main factors driving minorities out of Pakistan.

Hindu families are shattered by the abductions of their daughters. A father of an abducted Hindu Meghwal girl said in 2013 – “When our daughters are not safe, when they are kidnapped, converted & never allowed to see their parents, what is the use of living in my land?”

The below pictures were taken 2 weeks before and after Rinkle’s abduction. We may never see her smile again. Our daughter was snatched by bigoted Islamists who might have killed her body and soul. Is this not enough reason for Bharat to play a proactive role in providing shelter to persecuted minorities?

Around the globe, people of all religions are willing to defend the values of human rights, the human freedoms of thought and speech, democracy and the rights of women. But these Islamic extremists are doing exact opposite which is uncivilised and a curse for humanity and society.

(This article is compiled from the tweet thread of @SatyaAnveshak )

A video and a message for all Pakistan-loving liberals & yuppies