Malta does not have any crematoriums for Hindus, forcing them to bury their dead 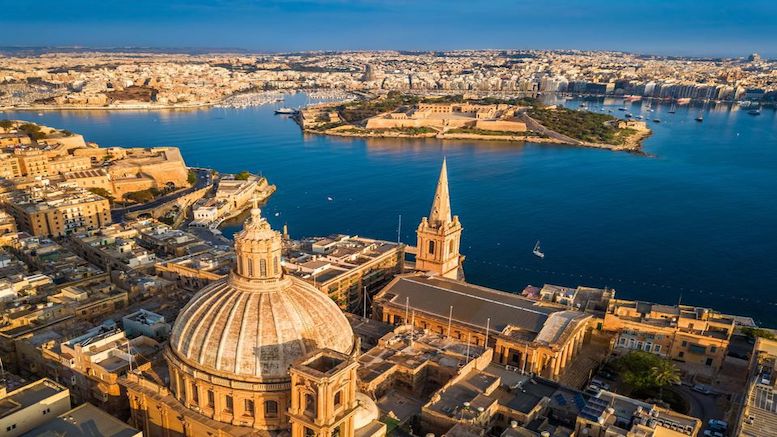 Malta is a small European island nation which lies in the Mediterranean sea between Italy and the North African coast. Hindus constitute a tiny minority of few 1000s out of the total Maltese population of 400,000.

Hindu Dharma (Hinduism) is labelled a ‘cult’ in this tiny European nation which has Roman Catholic Christianity as its state religion. Cremations were not allowed in Malta until its Parliament passed a new law in May 2019, but a functioning crematorium is still nowhere in sight.

According to some estimates; going through blueprints, approvals, construction, licensing, etc.; it might be 2023 when a working crematorium would be available to Hindus for cremation of their loved ones.

Malta, not having a mechanism for the cremation of deceased Hindus, was forcing the community to bury their loved ones in contradiction of their long-held beliefs, said Rajan Zed, President of Universal Society of Hinduism, in Nevada, USA. Hence, Hindus are urging the Malta Government to subsidize cremations abroad till a proper crematorium was built and available for usage in Malta.

Cremation abroad reportedly comes to around €5,000, but added options can raise the cost. Many non-Hindus now also prefer cremation over burial. Malta, however, has a pet crematorium.

Rajan Zed further said that Malta should show some maturity and be more responsive to the hurt feelings of its hard-working, harmonious and peaceful Hindu community; which had been in the country since 1800s and had made lot of contributions to the nation and society; and continued to do so.

Zed pointed out that cremation had been a pre-BCE tradition prescribed in ancient Hindu texts. Cremation signified spiritual release, helped severe ties to earthly life and gave momentum to the atma (soul) for its continuing spiritual journey. The world’s oldest extant scripture, Rig-Veda, told us: Agni, set him free again to go to the fathers.

It was simply heartbreaking for the community to perform something in clear violation of their faith. Being able to follow one’s faith traditions was a fundamental human right, Rajan Zed stressed.

Funeral rites/ceremonies were one of the main samskaras (sacraments) of Hindu life. In majority cases, Hindus were cremated, except infants and ascetics. After some ancient rituals at the cremation, remains (bones/ashes) were ceremoniously immersed into holy river Ganga or other bodies of water, helping in the liberation of the deceased. In Hindu Dharma, death did not mark the end of existence; Zed noted.

Malta should follow its own constitution, which stated: “All persons in Malta shall have full freedom of conscience and enjoy the free exercise of their respective mode of religious worship”. Moreover, Malta, a member country of European Union, reportedly was a signatory to the Protocol 1 to the European Convention on Human Rights. Dr. George Vella and Dr. Robert Abela, President and Prime Minister respectively of Malta, should seriously examine this issue of religious freedom, fairness and equality; Rajan Zed requested.

As an interfaith gesture, Zed urged Charles Jude Scicluna and Mario Grech, Roman Catholic Archbishop of Malta and Cardinal-elect respectively, to come out in the support of Hindu brothers and sisters on this issue. As a dominating majority in Malta, Catholics also had a moral responsibility to take care of minority brothers/sisters from different faith backgrounds, and should thus also seek equality treatment for all.

Many Hindus, even the so-called educated ones, are unaware of the double standards at play on the international stage, even in so-called first-world countries, when we compare the inferior treatment accorded to Hindu Dharma in countries where Christianity and Islam are dominant, and the privileged treatment, including right to proselytise, which these religions enjoy in Bharat. Yet, these same nations and global bodies like UN, USCIRF routinely castigate Bharat for denying religious freedom to Christians and Muslims!

The Constitution of Malta says –

(1) The religion of Malta is the Roman Catholic apostolic religion.

(2) The authorities of the Roman Catholic apostolic church have the duty and the right to teach which principles are right and which are wrong.

(3) Religious teaching of the Roman Catholic apostolic faith shall be provided in all state schools as part of compulsory education.

Chapter 1, Article 2 of the Constitution of Malta

And Malta is not alone. 41 countries have Christianity as the official or preferred state religion including England (UK), Norway, Denmark, Spain, Italy, Greece and Iceland.

In 2010, Hindus approached the Pope, head of the Catholic Church and sovereign of the Vatican City State, urging him to intervene and ensure that Malta treats all religions equally in front of the law.

Bhavna Shinde of Forum for Hindu Awakening, in a communiqué to Vatican, wrote:

“Malta Criminal Code reportedly makes one liable to imprisonment up to six months for publicly vilifying Roman Catholic Apostolic Religion, while committing such an act against any cult tolerated by law makes one liable to imprisonment only up to three months….Please intervene and ensure that Malta treats all religions including Hinduism equally in front of the law.”

Their pleas were ignored.

We all know that the idea of secularism, i.e. separation of Church and State, emerged in Europe. But not many know or remember that it was the brutal hold of the Roman Catholic Church over Europe till the Middle Ages, and the rise of Protestantism and subsequent religious wars between different Christian sects which ravaged Europe in 16th & 17th centuries, that led to this secular compromise to end the bitter infighting.

However, European secularism did not mean the end of the privileged position of Christianity in society. While Western Europe by & large privileged Protestant Christianity, Southern and Eastern Europe remained staunchly Catholic or Eastern Orthodox Christian.

So today, while the world considers Europe a model of secularism & religious ‘tolerance’, remember that the reality is far more complex. Even among religions, there are tiers of ‘tolerance’ in most European nations, generally speaking. Tier 1 consists of respect & acceptance for Christian sects & atheists. Tier 2 consists of tolerance towards Islam and Judaism (fellow ‘people of the book’). And Tier 3 is reserved for Hindus and other ‘idolators’, the ‘cults’ so to speak.