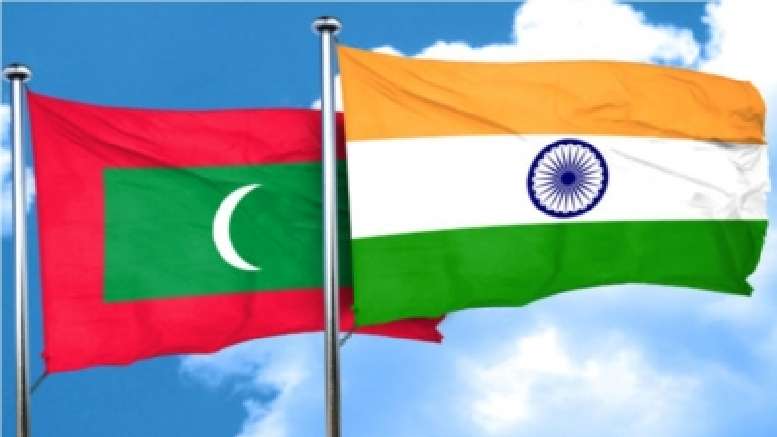 In 2018, the Maldives faced a severe economic crisis and now in 2022, Sri Lanka is witnessing a similar situation. The problems in both the countries arose only after their short dalliance with China.

Maldives was in a dire economic situation with the Chinese debt estimated to be between $1.5 billion to $3 billion. Bharat came in to rescue Male from distress, immediately providing an economic assistance package of $1.4 billion in the form of budgetary support, currency swap agreements, and concessional lines of credit.

Sri Lanka, too, is facing a similar situation and Bharat has promised to help the neighbouring country in distress as their relationship is rooted in the civilisational values and aspirations of the two peoples. To help mitigate the economic situation there Bharat has extended assistance of $2.5 billion in the past two to three months, including credit facilities for fuel and food which are most required.

A geographically-dispersed country straddling a 960-km-long submarine ridge running north to south and forming a ‘wall’ in the middle of the Indian Ocean, the Maldives is strategically important for Bharat.

While the Indian Ocean is considered as the key highway for global trade and energy flow, the Maldives virtually stands as a toll gate.

It is thus of vital importance for Bharat since nearly 50 per cent of Bharat’s external trade and 80 per cent of energy imports transit these westward sea line of communication in the Arabian Sea. In addition, the Maldives is an important partner in Bharat’s role as the net security provider in the Indian Ocean Region.

China’s strategic interests and logistical limitations in the Indian Ocean have prompted it to increase its presence in the Indian Ocean. It started getting closer to the Maldives, considered a backyard of Bharat, and this became a matter of concern for New Delhi.

China opened an embassy in the Maldives in 2011. Thereafter, they started rapidly building ties with their Belt and Road Initiative.

During Abdulla Yameen’s presidency from 2013 to 2018, the Maldives’ foreign policy took a distinctly pro-China turn.

The Yameen administration terminated a contract with an GMR to renovate the country’s airport in favour of a Chinese company. China granted loans and sent state-owned companies to develop the Maldives’ ports and other public works. The Yameen government pushed a trade agreement with China through parliament without debate, eliminating tariffs on 95 per cent of Chinese goods over eight years.

The country signed on to China’s Belt and Road Initiative and borrowed heavily from China for infrastructure projects.

Displaying lack of foreign policy wisdom, they danced to the tune of China for individual gains.

During the Yameen administration, Maldives was left in a Chinese debt-trap of $1.4 billion, a state of emergency, as well as large scale human rights violations including targeted killing of journalists who dared to expose the situation on the ground.

Members of the government – both executive and judiciary — were also jailed during this period and the nation was in chaos.

In 2018, Yameen lost the election and was also found to be involved in money laundering. His defeat in 2018 saw the MDP return to power.

But, its problems are not over.

The International Monetary Fund report projects the Maldives’ external debt will hit 51.2 per cent of GDP in 2021 from 34.7 per cent in 2016 as a result of the projects.

While Bharat’s relations with the Maldives had nosedived in the Yameen presidency when he moved closer to China, the return of the MDP led to an upswing in relations.

Both countries also agreed to strengthen maritime security cooperation in the Indian Ocean region through coordinated patrol and aerial surveillance.

Further in the aftermath of Covid-19, the Maldives’ tourism dependent economy took a serious hit. Bharat promptly extended a helping hand. From providing 2,00,000 Covid vaccine doses, to extending a $150 million currency swap to provide stability, Bharat provided unconditional support to the people of the Maldives.

Indian military presence in the nation helped it build its maritime surveillance capability in order to secure its vast exclusive economic zone.

The Maldives also duly credited Bharat saying their food security depends a lot on imports from Bharat. Be it rice, flour, sugar, chicken, eggs, potatoes or onions — the basic foodstuffs consumed by Maldivians in substantial quantities are all supplied by Bharat.

However, the situation is now changing after Yameen was freed from house arrest. Under influence of China, false propaganda to create a rift between the Maldivian people and Bharat’s people has started. He is back in the business of the “India Out” campaign.

Yameen says that if his party returned to power in elections in 2023, his government would cancel all agreements with Bharat.

He claims Indian military vessels could enter the Maldives’ Exclusive Economic Zone by simply informing Maldivian authorities rather than seeking their permission. He referred to an agreement with Bharat to develop, support and maintain a coast guard base for the Maldivian National Defense Force at Uthuru Thila Falhu atoll.

In reality, contrary what he claims, Chinese state owned fishing trawlers have been systematically violating and plundering the marine resources in Maldivian waters with impunity.

Seeing this, the incumbent government, announced that it was considering legislation to criminalise the “India Out” campaign. But due to internal rift within the ruling dispensation, the bill was never taken up in the parliament.

Yameen is hoping to stir the kind of unrest that culminated in the ouster of incumbent government in 2012.

China’s nefarious activities have started ahead of election in Maldives. India Out campaign is also being run on social media. The strategy of the pro Chinese opposition have started to take concrete shape, as Yameen seeks to subvert the young democracy and lead it into the arms of a waiting Dragon.