Bangladeshi Hindus persecuted even during times of Corona 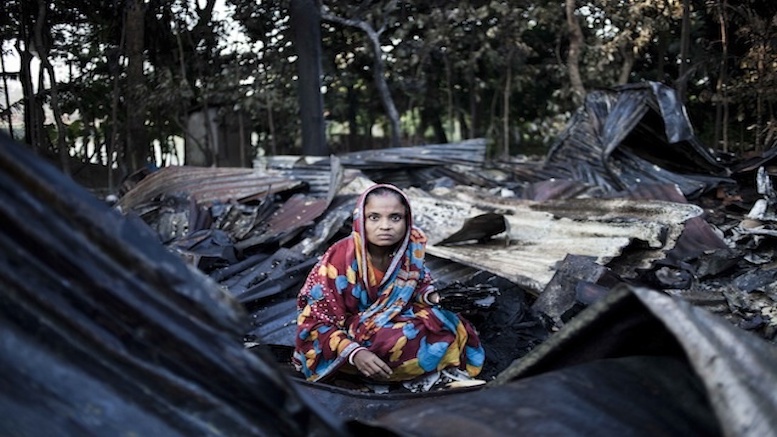 Bangladeshi Hindus are undergoing the usual communal persecution during Covid-19 pandemic. There has been an undeclared lockdown in Bangladesh for more than two months due to Coronavirus pandemic. People from all walks of life have been passing their days uneasily, but Hindus have continued to face the brunt of communal attacks.

According to news report, police complaints & human right organisations, there were at least 36 attacks on Hindus, including persecution, abduction & demolition of Hindu temples in 27 districts across the country. Leaders of ruling party Bangladesh Awami League, second largest political party Bangladesh Nationalist Party (BNP) were also involved in these crimes besides the professional extremists and criminals.

Some of the crimes against Hindus which occurred in April this year are listed below:

1.) Grocery shopkeeper Subal Chakraborty was beaten and Intimidated that he would be sent to Bharat if he didn’t convert to Islam. This incident happened in Satkhira district of south-western Bangladesh. Upon compliant, police didn’t take any action.

2.) Land grabbers attacked Anil Bala & family in Bagerhat district of south-western Bangladesh. Seven people including women and children were severely injured following the attack. A case was filed in local police station in this regard but no one has been arrested so far.

3.) Golam Mostofa and his gang had been harassing and stalking a 9th grade Hindu girl Astami Sarkar of an adjacent village in Rajshahi district of mid-western Bangladesh. Golam Mostofa also abducted Astami Sarkar last year but police managed to rescue the girl on the same day of her abduction and sent the abductor to jail. But he again started harassing the girl after being released from jail on bail. As a result, the girl committed suicide. Police arrested four culprits in this case.

4.) Islamic extremists attacked 30 Hindu families & threatened them to leave the country in Chattogram (former Chittagong) district of south-eastern Bangladesh. 15 Hindus were injured in the incident. One influential political leader was involved in the attack.

5.) Local Awami League leader sexually assaulted a Hindu woman in Jashore (former Jessore) district of south-western Bangladesh. Police arrested the culprit but he managed bail and has been threatening the victim Hindu family to withdraw the case.

6.) Bangladesh Nationalist Party (BNP) leader Mizanur Rahman and his 10-12 followers demolished an under construction building being built on the ancestral land of one Sumanta Chakraborty in Magura district of south-western Bangladesh. Earlier, Mizanur grabbed 11 decimal land of Chakraborty’s total land of 60 decimal.

(Adapted and translated from an opinion piece that appeared in the Bengali language daily newspaper of Bangladesh, Prothom Alo, written by its joint editor Shohrab Hasan)