Cricketer Amit Mishra shares video of pro-terror sloganeering at Srinagar mosque, condemns those who laughed and called The Kashmir Files a ‘lie’ 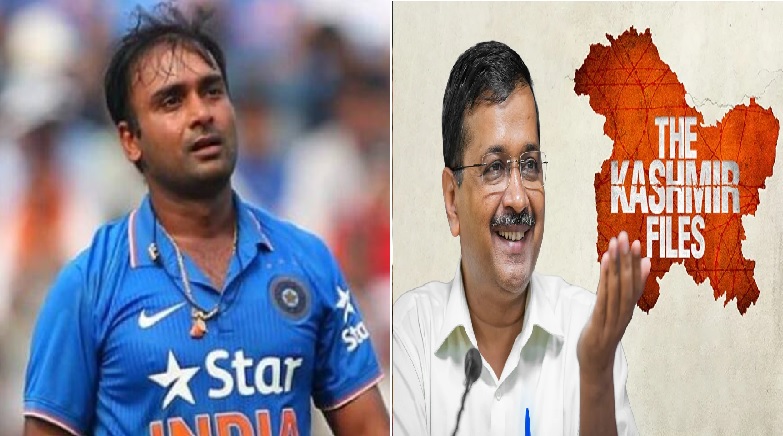 A video of men chanting pro-terror, seditious, anti-Bharat and supremacist religious slogans at Srinagar’s Jama Masjid during Friday prayers went viral recently, and led to all-round condemnation. It was a stark reminder that the religiously charged atmosphere that led to the genocide and religious cleansing of Kashmiri Pandits from their homeland, is still lurking under the surface.

Cricketer Amit Mishra, who has represented Bharat in various formats of the sport, shared the video with the text “Really disheartening. This is also for all those who laughed and called Kashmir Files a movie based on lies.”

It is pertinent to note that AAP supremo Arvind Kejriwal and other AAP MLAs had laughed sneeringly when the film The Kashmir Files (TKF) was discussed in Delhi Assembly, and he had called it a ‘jhooti’ (false) film. He had also mocked director Vivek Agnihotri to upload the film for free on YouTube rather than expecting states to make the movie entertainment tax free. Kejriwal has earlier extended tax exemption to movies like Tapsee Pannu starrer Saand Ki Aankh, Swara Bhaskar starrer Nil Batte Sannata and Kabir Khan’s 83. A lot of other ‘secular’ politicians have also criticized TKF.

However, the Kashmiri Pandit community and diaspora have said that this movie is the first one to accurately depict the horrors they faced, and the movie has acted as a catharsis for generations of Hindus who had suppressed their trauma.

After the prayers on the first Friday of Ramzan, some men who had gathered in Srinagar’s main mosque during prayers shouted ‘azadi’ and other anti-Bharat slogans, along with pro-terror slogans like ‘har ghar se Musa nikalega’ (a Musa will emerge from every house). Zakir Rashid Bhat aka Zakir Musa was a Kashmiri Islamic terrorist who became the commander of terror outfit Hizbul Mujahideen after the killing of Burhan Wani, a former commander of the same outfit. He later became the chief of al-Qaeda affiliated terror org Ansar Ghazwat-ul-Hind.

The Srinagar police lodged an FIR and later raids were conducted for those indulging in the sloganeering. Basharat Nabi Bhat, the main instigator behind the sloganeering, and 12 others have been arrested.

Srinagar Police officials said “Raids were conducted at different locations and the Main instigator of the sloganeering namely Basharat Nabi Bhat S/o Gh Nabi Bhat R/o Hawal, Nowhatta was apprehended and formally arrested in the case. Many more suspected youths have been called for questioning and will be formally arrested as soon as their role comes forth in this case.“

While the security situation in the valley has definitely improved after abrogation of Article 370 and we no longer see the stone-pelting and mob violence that was common earlier, such incidents and the ongoing terror attacks on Kashmiri Hindus & migrant laborers show that a lot more needs to be done to de-radicalize the region and its youth.