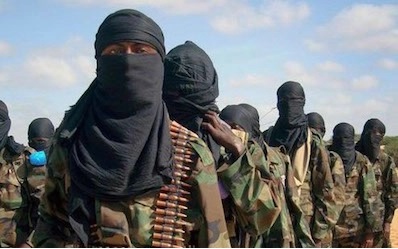 A deadly suicide bombing at a mosque killed prominent cleric, signalling the escalation of a blood feud between the Taliban and the Islamic State in Afghanistan.

The twin blasts that killed Maulvi Mujeeb Rahman Ansari, is the third major strike against clerics who are close to the Taliban. Known to be heavily infiltrated by the Pakistani ISI, the Islamic State Khorasan Province (ISIS-KP) has been responsible for the recent attacks on pro-Taliban clerics, belonging to the Hanafi school of Sunni Islam.

Frida’s strike took place when a suicide bomber blew himself up after kissing Maulvi Ansari’s hand at the Ghazargah mosque.

Abdullah Azzam, Deputy Secretary of Economic Affairs of the Prime Minister, wrote on Twitter page that Maulvi Ansari and Taliban’s acting foreign minister Mullah Baradar were together ahead of the prayers, triggering speculation on whether the duo was on the suicide bomber’s hit-list.

The blasts have apparently killed and wounded scores of people, who were rushed to Herat hospital, which appeared overwhelmed by the scale of casualties.

Saturday’s strike likely mirrors the shadow war between the Taliban and Pakistan, which is taking on its one-time protege that has turned “rogue”. Taliban 2.0 has emerged as a strong Pashtun nationalist force that resides on either side of the Durand line separating Afghanistan and Pakistan. Islamabad has been alarmed by the rise of Pashtun nationalism, as it imposes pressure on Pakistan’s territoriality.

The killing of Kabuli follows last week’s suicide bombing of a high-ranking cleric, Rahimullah Haqqani, a Taliban insider, who also belonged to the Hanafi School. The ISKP had claimed responsibility of the suicide bombing at the Haqqani’s madrassah by a handicapped bomber who had hidden explosives in his prosthetic leg.

According to a report in the Long War Journal “a number of Pakistani groups are known to operate inside Afghanista… Additionally a number of Pakistanis are known to fight in the ranks of the Islamic State Khorasan Province (ISKP)”. An Armenian think tank was even more direct. In a piece in Mirror-Spectator, Armenian Network State said, quoting experts that Pakistan created ISKP by planting Lashkar-e-Taiba operatives in leadership positions in the outfit.

Apart from geopolitics, both Kabuli and Haqqani’s killings signal a grim ideological war between the Hanafi and the Salafi school that is being fought on Afghan soil. The ISIS-KP cadres

Taliban’s ongoing feud with ISIS-KP also led to the killing of several fighters from Daesh in a clash in Speen Aday area of Herat. In the armed clash, at least 4 people were killed, who were “identified” as daish fighters.

Prior to Haqqani’s killing a major Salafist leader was also killed in mysterious circumstances. Sheikh Sardar Wali Saqib, head of Salafi scholars, was murdered by unidentified gunmen in Kabul city last month, setting the stage for possible vendetta between the two ideological arch-foes.