This community in Tamil Nadu wants to give up its Scheduled Caste status! 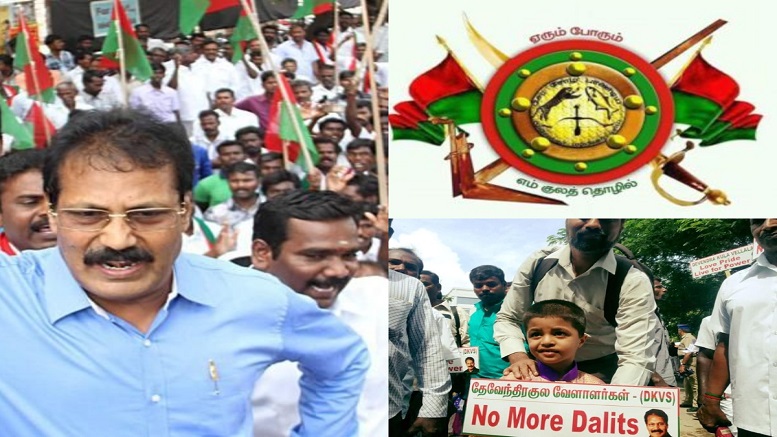 In the last caste based census of Bharat in 1931, a total of 148 castes demanded that they be classified as higher status and not considered backward castes. Many of them claimed that they were not Shudras or “untouchables”, but actually Kshatriyas, Brahmins or Vaishyas. They prepared long petitions, narrated oral historical traditions, explained how their social status changed and also gave proof of their higher status by their lifestyle choices.

At that time, only two places in Bharat had the system of reservation, Kolhapur State and Madras Presidency. In 1934, the Poona Pact started practice of reservations in electoral politics. Jobs and college admission came under reservations after independence. Claiming a low social status for reservations started making financial sense in later part of 20th century. Now, we see regular demands by castes all over the country to be classified as backward as possible.

There is however an exception to this trend. The Devendra Kula Vellalars of the state of Tamil Nadu are running a campaign to get their community out of the list of Scheduled Castes. This campaign focuses on their origin, ritual status in the Hindu Dharma and explanation of reasons for their mis-categorization.

The Devendra Kula Vellalars were also called Mallars or Pallars until a few decades ago. In the pre-colonial Tamil Nadu, they were the controllers of the water i.e they used to control and manage the water resources. They controlled the sluice gates of the extensive canal network built by the Kings of Tamil Nadu. This work is similar to the responsibility of Devendra/Indra or the King of Gods i.e providing water when necessary. Their origin katha says that they inherit the duties of Devendra on earth and are also related to Him. In fact, they were believed to be able to communicate and request rains from Devendra, when the same were required.

Their ritual status of Vellalars in Hindu Dharma can be seen by the fact that they have the place of pride in temple pond festival at the Meenakshi Amman temple at Madurai. They have the duty of providing water to the fields of the Goddess and are also honoured by the temple authorities for the same. An elder of the community is gifted a white and yellow sacred silk cloth on this occasion.

According to tradition in Tamil Nadu, once upon a time Sundarar, one of the most prominent Nayanars and called a “friend of Siva”, came to Perur. There, the family of great God Siva  appeared to him in the form of a Mallar/Pallar family.  To this day, a couple of Devendrakula Vellalas are venerated as Siva and Parvathi and they do the ritual reenactment of the Sundarar episode!

Of course, there are objections to the claims of Devendra Kula Vellalars. Most of these objections are by the leftist academics, evangelists and groups that thrive on dalit and Dravidian politics. They have often been criticized for “furthering the agenda of RSS”. There is a danger that their coming out of SC would expose the narrative of evangelists and atrocity peddling activists. The reality that British colonialism and its impact forced many communities into degrading conditions is well hidden by the narrative that Brahmins are responsible for all the ills of Bharatiya society.

Many critics have laughed off their origin katha and claims. However, the same would never raise a doubt on the “breaking the moon”, “flying donkeys”, “virgin birth”, “”turning water in wine” etc. They are the same people who claim that certain tribes are descendants of Mahisasura based on no tradition at all, and yet would not accept the authority of a well attested tradition in this case.

Steps taken to get out of SC

The Devendra Kula Vellalars have taken many steps to come out of the Scheduled Caste list. They have sent representations to state government and central government, have taken out marches in Tamil Nadu as well as in Delhi and have even met PM Narendra Modi under the leadership of Dr. K Krishnaswamy, their tallest leader and founder of  Puthiya Tamilagam party.

Reacting to these persistent demands, the Tamil Nadu government had constituted Hansraj Verma committee in February, 2019. The committee studied the community and came to the conclusion that their claims are true. It has recommended that the community, including its 7 sub-castes, be taken out of SC and included in OBC list, where the Vellalar or farming castes in Tamil Nadu are included. A few days ago, CM Palaniswami revealed that he has already forwarded the recommendations to the Central Government and it is only a matter of time before their demand is fulfilled.

The bold decision by the Devendra Kula Vellalar community can become something of a trendsetter in Bharatiya society. Its implications would be seen in future years and this step may also encourage other castes to voluntarily give up reservations when the community becomes sufficiently socio-economically well off.

It would be beneficial to give wide publicity to the struggle of Devendra Kula Vellalars. Research might uncover unstated and unexplained complexities of Bharatiya society and possibly also expose the common agenda of Breaking Bharat forces.