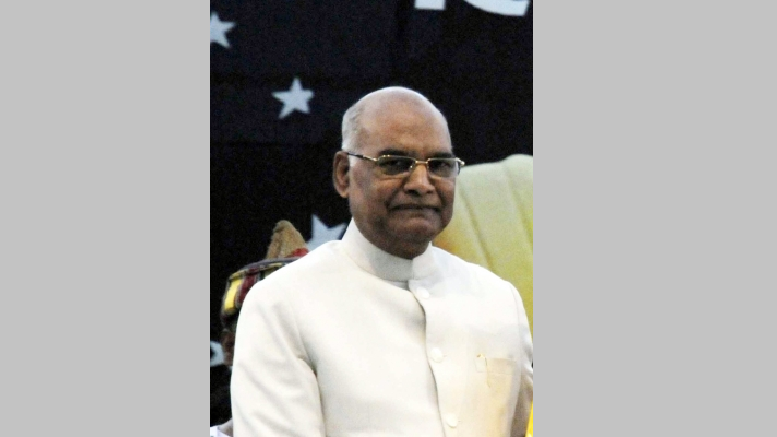 For the first time, the President will attend and address the regional language literary meet in the northeast region, which presents a complex linguistic mosaic and jealously preserved over 200 dialects.

President Ram Nath Kovind is scheduled to address the valedictory session of the 61st annual conference of the Bodo Sahitya Sabha (BSS) in western Assam’s Tamulpur on May 4. The three-day conference begins on Monday.

The Assam government has sanctioned special casual leave to the state government employees who would participate in the conference to be held ay Kachubari in Tamulpur under Bodoland Territorial Region.

“This would be a historic occasion as no President of India has ever attended any literary event of any language in the northeast region,” BSS President Toren C. Boro said on Sunday.

Over 4,000 delegates are expected to attend the three-day conference from different parts of the world. A large number of people speaking Bodo language livein Bangladesh, Nepal, Tripura, Nagaland and West Bengal besides Assam.

The BSS has undertaken a massive campaign and arrangement to make the event successful. It has also released a theme song for the conference.

Inspired by the Assam Sahitya Sabha (ASS), the BSS was formed in 1952 for the development of literature, culture, and language. It is playing a leading role in maintaining coordination among different ethnic groups.

The influential ASS was formed in 1917 primarily to promote Assamese literature.

The Bodos (or Boros), once were a powerful and dominant race in the entire northeastern India but are at present struggling for the bare existence. Racially, the Bodos, the earliest known ethnic group to inhabit Assam with their distinctive culture and linguistic traits belong to the Mongoloid stock of the Indo-Mongoloids or Indo-Tibetans, an official document said.

The Assam government recognised the Bodo language as an associate official language of the state in 2020 after the signing of the Bodo peace accord between the Centre, Assam government and four Bodo militant outfits in January 2020.

According to the Census 2011, there are around 14.16 lakh Bodo speakers in Assam (4.53 per cent) of the total population of the state.

After 37 jihadi arrests in Assam, vigilance stepped up in NE states bordering B’desh