Janam TV: A story of groupism and hijacking 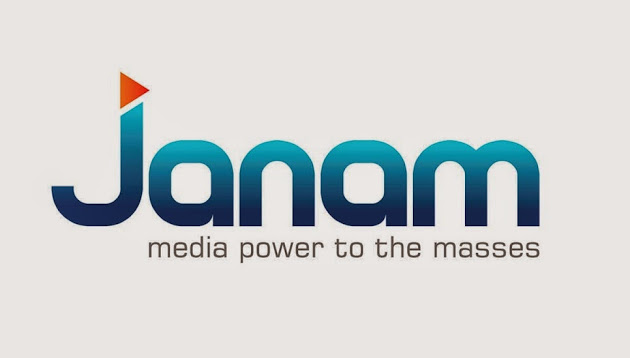 The liberal and leftist thoughts promoted by the Malayalam media, which also appeases minorities, are known to many. The communist influence on Malayalam media was so strong that it failed to report the murders of Hindus across the state by leftists & minorities, paving way for Jungle Raj in Kerala. It was at such a crucial juncture that a channel called Janam TV was launched on 19 April 2015 in order to promote nationalism and unbiased journalism.

Though the process of launching this channel was started during the tenure of the previous UPA government under Sri. Manmohan Singh, Janam TV finally received clearance from the NDA government under the current Prime Minister, Sri. Narendra Modi in 2014. The UPA government had put the launch of the channel on hold by not giving it clearance for two years as it accused the channel of links with RSS, despite then CEO of Janam TV Rajesh Pillai stating that it was a neutral channel without any links with BJP or RSS. This draconian mindset of UPA stands in sharp contrast with the NDA government which continues to allow a controversial news channel like NDTV to operate despite NDTV’s clear links with Congress at multiple levels, and its repeated flagrations of national security guidelines and financial propriety.

However, within a short span of two years Janam TV seems to have moved away from its motive by becoming just another media house which abuses the traditional practices and leaders of Hindu Dharma, because of certain people with political ambitions who are involved in running the channel. Let us see a few examples justifying our claim on this issue.

Baba Ramdev challenged the conventional FMCG model with his Swadeshi Patanjali brand. The swadeshi knowledge, quality, and Hindu swabhiman (self-respect) sustained by the brand have made Patanjali products very popular across the country. But Janam TV seems to be upset about the rise of Patanajali, and their editorial desk has taken a decision to give a bad name to Patanjali. They made a false story stating that Patanjali products cause cancer and other health risks.

Baba Ramdev has done yeoman service to the cause of Yoga, Ayurved and preventive healthcare for millions of Bharatiyas – by all accounts, his Patanjali products are mostly better than, or at least as good as, other brands..and often at a much lower cost. If Janam TV had really unearthed some health risks in Patanjali products, did they approach Baba Ramdev’s team for clarification? While no one can object to fact-based, objective criticism, this sort of fear-mongering is not expected from a channel which aims to “promote national interest”. The groupism which is prevalent in the channel is the cause of this issue. This sort of in-fighting will only lead to disunity among Hindus.

Following this issue, Rajesh Pillai who was CEO of the channel, resigned from the channel.  In a Facebook post, he said he is quitting from Janam because of the mismatch in views with few of his colleagues regarding the running of the channel. He said he is happy that after four years of strenuous struggle during the hostile UPA government to get the channel running, leaving aside his former job, Janam is now launched and has become one of the popular channels in Kerala, and wished his colleagues all the best in taking the channel forward.

Now let us look at another example which shows the confusion with Janam TV. Recently, when a campaign called “Ready To Wait” was started by a few Malayali women devotees of Sabarimala asking for the continuation of the traditional practice which doesn’t allow women aged between 10 to 50 years to enter the temple, the program head of Janam TV, Sri. Manoj Manayil, bashed the campaigners through a Facebook post by calling them as people promoted by Christian outfits trying to divide Hindus. He also said that TG Mohandas, a prominent Sangh intellectual in Kerala, who backed the “Ready To Wait” campaign at the beginning, later turned away from it and argued for the entry of women in Sabarimala as he identified the hidden objectives of the people who started the campaign.

It must be noted that while the people who started the “Ready To Wait” campaign have reached the Supreme Court in their fight against the assault on the Sabarimala temple, showing their unwavering commitment to their cause, on the other hand the prominent intellectual TG Mohandas was once a subject of the displeasure of the Sangh Parivar in Kerala for his proposed BJP – CPI(M) alliance. Such people who don’t think twice to compromise Hindu Dharma and its traditional practices for personal ambitions have always been a threat to this country, and these opportunistic actions are putting Janam TV’s credibility at risk.

Earlier, the channel was in the middle of a controversy when the Onam special programme of Janam TV was sponsored by Believers Church Medical College Hospital run by the notorious ‘Gospel for Asia‘ that brings in the maximum amount of FCRA donations from western countries for conversion of Hindus to Christianity, making it further evident that the channel has moved a long way away from its main motive of promoting nationalism and the culture of Bharat.  If it doesn’t do a course correction soon, it would become just another channel in Malayalam media, appeasing minorities and abusing Hindu traditions and icons.