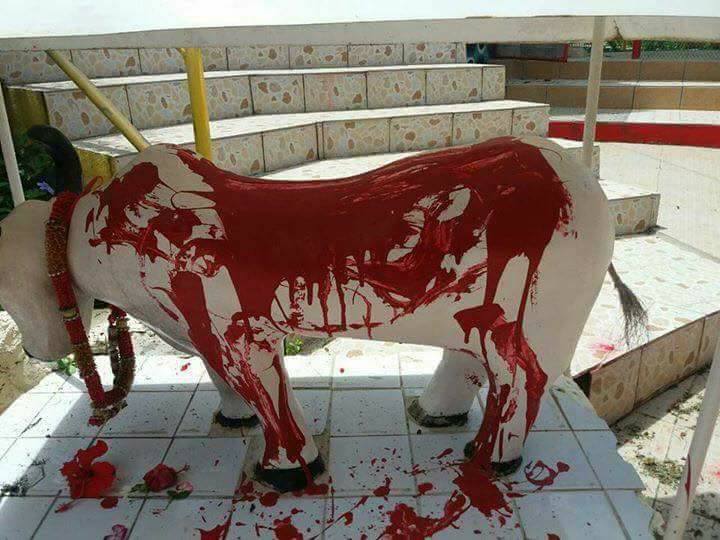 A Hindu temple in Votualevu Nadi, Fiji has been vandalized more than 3 times this month with murtis desecrated and racial slurs painted on the temple wall.

Police has not been able to trace the accused yet, and the minority Hindu community in this island nation is feeling increasingly insecure under the Government of Frank Bainimarama, whose FijiFirst party won the 2014 general elections. 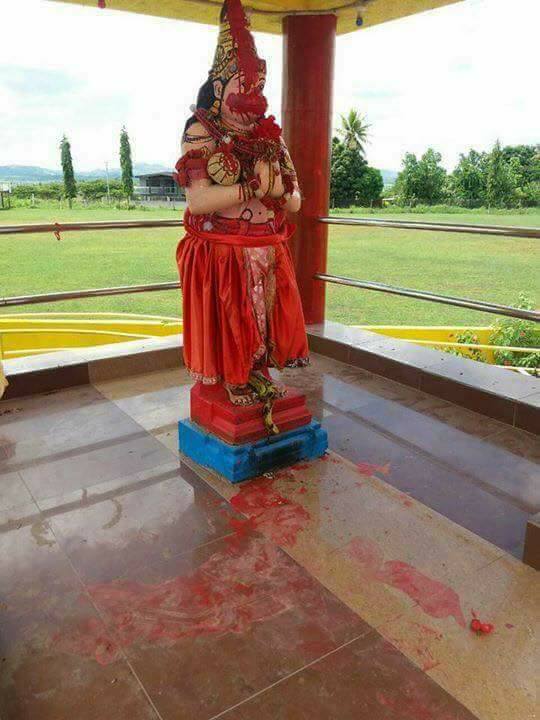 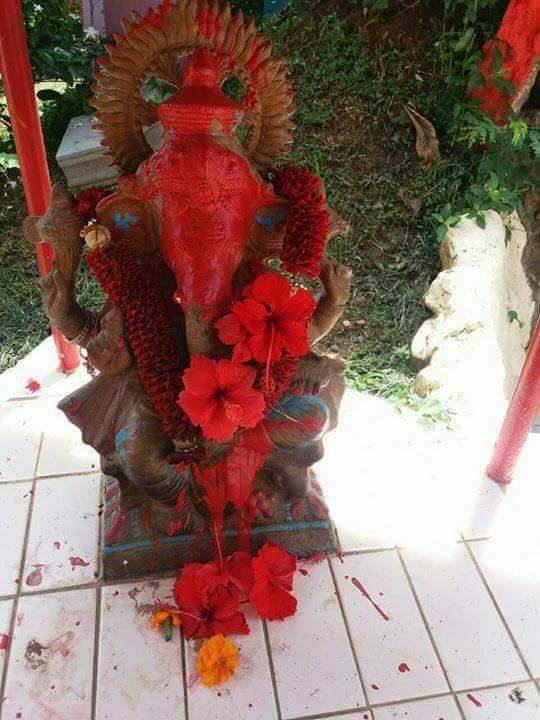 The vandalism has been reported in local media of Fiji – Local Hindus are bewildered at the rash of attacks, and allude to other recent developments that indicate a growing hostility towards Hindus.

One of the senior most ministers in the current Fiji Government is Aiyaz Sayed-Khaiyum, also Secretary of the FijiFirst party, who holds multiple portfolios – Economy, Communications and Public Enterprise, Civil Service, Justice, Elections and Anti-Corruption. There are allegations of nepotism and favoritism against Sayed-Khaiyum, who many say is the real power centre in the current Government.

The appointment of his younger brother Riyaz Sayed-Khaiyum as CEO of Fiji Broadcasting Corporation and Executive Chairman of Air Terminal Services (ATS), has raised potential conflict of interests as outlined in this Facebook post.

In March, 2012, several temples were attacked in an area north of the capital, Suva, with murtis of Hindu gods damaged.

People from Bharat were brought to Fiji by the British colonials to work as indentured laborers on sugar plantations towards mid-late 19th century. These workers from places as diverse as UP, Bihar, Tamil Nadu etc were forced to work in harsh conditions and made to stay on beyond the 5-10 year term mentioned in their original agreements (called girmit in Bhojpuri – hence these people today call themselves girmityas).

Ethnic Bharatiyas are said to have outnumbered indigenous Fijians from 1956 through the late 1980s. Their emigration accelerated following the coups of 1987 (which removed a Bharatiya-supported government from power and, for a time, ushered in a constitution that discriminated against them in numerous ways) and of 2000 (which removed Prime Minister Mahendra Chaudhary from office). Most coups in Fiji have been a result of tensions between ethnic Fijians and Bharatiya Fijians. Majority of ethnic Fijians are Methodist Christians (a Protestant sect), whereas the majority of the Bharatiya Fijians are Hindu.

The Church plays a major role in Fiji politics. Around 52% of the population in Fiji is Christian, mostly belonging to the Methodist Church. The 2000 Fijian coup that removed the elected PM Mahendra Chaudhry, was supported by the Methodist church, which also supported a subsequent proposal to pardon those involved. There was a wave of violent attacks against Bharatiya-descent people after the 2000 coup with widespread looting & rape.

In 2005, Methodist church general secretary Reverend Ame Tugaue argued that practice of Hindu Dharma and other religions should not be guaranteed in law:

“Sodom and Gomorrah were only destroyed after the Lord removed the faithful from there and not because of a few would we allow God’s wrath to befall the whole of Fiji. It was clearly stated in the 10 Commandments that God gave to Moses that Christians were not allowed to worship any other gods and not to worship idols. One thing other religions should be thankful for is that they are tolerated in Fiji as it’s naturally a peaceful place but their right of worship should never be made into law.“

The 2006 coup led by Frank Bainimarama was seen as a revolution against the country’s chiefly and church establishment. He had criticised the Methodist Church for encouraging indigenous hatred against Bharatiya-Fijians. But the latest attacks on Hindu temples have again rekindled the insecurities and fears that had gripped the Hindu community of Fiji after the 2000 coup.