E. Sreedharan – One of the Architects of Modern Bharat 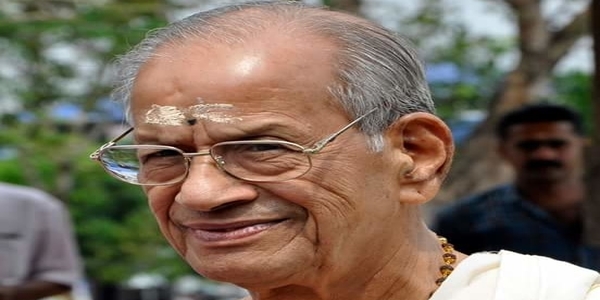 Today is the 85th birthday of Sri E. Sreedharan, also known as ‘Metro Man’, who is behind two of the greatest engineering projects in modern Bharat- Konkan Railway and Delhi Metro, pulled off under the most challenging circumstances.

This article on his E Sreedharan’s unparalleled engineering achievements have been collated from the tweet thread by @GabbarSanghi and other sources.

While Sreedharan is widely acclaimed for the Delhi Metro, the Konkan Railway was a far bigger achievement considering the terrain involved. It is interesting to notice that Sreedharan was actually bought out of retirement for the Konkan Railway project although his tenure had come to an end in June 1990. It was the then Railway Minister George Fernandes who appointed him as CMD of Konkan Railways, and the rest as they say is history.

Elattuvalapil Sreedharan was born in Karukaputhur, a small village in Kerala’s Palakkad district. He graduated from the Victoria College in Palakkad. His classmate both at school and college, was the former Chief Election Commissioner, T.N.Seshan. Incidentally both Sreedharan and Seshan got admission into the Civil Engineering course at Jawaharlal Nehru Technological University, Kakinada, Andhra Pradesh (then Government College of Engineering). However Seshan was not much interested and joined MCC, while Sreedharan went on to do his engineering at JNTU-K

After his graduation, Sreedharan worked for some time as a lecturer at the Govt Polytechnic in Kozhikode, and in 1953 he cleared the Engineering Services Exam and joined the Indian Engineering Service (IES). He was initially posted with the Southern Railway.

While Konkan Railway and Delhi Metro are often touted as Sreedharan’s flagship achievements, there was one more achievement, as remarkable as those two, at the start of his career. This was rebuilding the Pamban Bridge near Rameswaram which was an equally great feat.

On December 22, 1964, Rameshwaram was hit by a deadly cyclone, that devastated the area and turned Dhanushkodi into a ghost town, killing around 2000 people. More than that, Pamban Bridge was washed away in the storm, cutting off the only link with Bharat’s mainland. This is the only link Pamban island had to the outside world then, and the destruction of the bridge literally meant that it was totally cut off and marooned.

Sreedharan was a Dy Engineer in Southern Railways when the cyclone devastated the Pamban Bridge, and he was given just 6 months to restore the connectivity. Not at all an easy task, considering the challenges involved, as the bridge was right in the sea. The Pamban Bridge was completely in the sea, no dry land, around, not even small islands. Add to it the waves, the salty air – and it had to be restored back to normal in just 6 months. The challenge was huge.

Well, Sreedharan restored Pamban Bridge back to normal in just 46 days. Yes, just a month and fifteen days! In a country where projects run beyond schedule and cost, Sreedharan had this knack of finishing them well before time and that too within budget. Just imagine working in the sea, to restore a damaged bridge, that was the only link for Rameshwaram to the main land, fighting against the waves, the crazy winds, the salty air that can rust – and Sreedharan did it in just 46 days. Heroes are not found just in movies.

Just watch this video of a train travelling over the Pamban Bridge and thank this man for restoring the same. Just imagine Sreedharan and team working in these conditions to restore the bridge way back in the 1960s.

Sreedharan had worked for some time with the Kolkata Metro too as Dy. Chief Engineer from 1970-1975, where he played a major role in it’s construction, and then left for Bharat’s largest shipyard at Kochi, where he faced another set of challenges.

Kochi Shipyard was running into heavy losses, when Sreedharan took charge. Added to it was Kerala’s notorious trade unions, and he had the unenviable task of turning it around. He not only turned it around but also ensured that the first ship MV Rani Padmini was launched during his time. 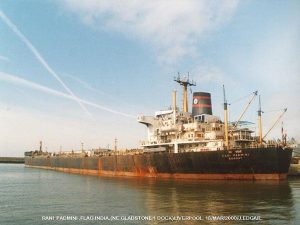 Sreedharan was due for retirement in 1990 and by then itself he had Pamban Bridge and Kochi Shipyard to his credit. He could have happily spent the rest of his life peacefully, living on the glory of these two. But then destiny had bigger plans for him.

Call it destiny, Sreedharan who was about to retire in 1990, was given an extension by then Railways Minister George Fernandes, and put in charge of the toughest engineering project post Independence, the Konkan Railways, a daunting challenge.

Even the Britishers who boasted of their expertise in Railways, did not dare to attempt Konkan Railways, – they called it impossible. It was about building 760 km of railway track in a region filled with dense forests, the most poisonous snakes, landslides, hills and valleys.

It was not just the terrain, you had to acquire around 5000 hectare of land from around 42,000 owners, build 2000 bridges, blast around 90 tunnels through Basalt rock – a stone prone to collapse, and hard to bore through. This was Konkan Railways.

Not to mention the fact that Sreedharan had to deal with land acquisitions, Chief Ministers and sundry netas in Maharashtra, Goa, Karnataka. And of course, sundry environmentalist NGOs who were trying to put spokes in the wheel.

Sreedharan had got just 8 years to complete Konkan Railways. Yes, 8 years not just for building it in the toughest terrain possible, but also dealing with land acquisition issues, environmentalists, netas seeking their share, clueless babus – truly a real unenviable task.

A 60 plus Sreedharan, brought out of retirement, not only completed the Konkan Railway beating the odds, he did it in 7 years i.e. within the stipulated time given to him. He completed the toughest engineering project within time, tackling all the issues. There were no major cost overruns. This in a country where even laying a normal road takes ages, and shoots up the bills. Superheroes don’t wear capes always.

Konkan Railway connected 3 major ports- Mangalore, Karwar and Mumbai, cut the travelling time from Mumbai to Mangalore by around 16 hrs, brought connectivity to people of Konkan and Canara region. And the man behind it was Sreedharan.

Konkan Railway would have been enough for Sreedharan to rest his laurels upon, but once again destiny beckoned him to another challenging project, the Delhi Metro. It was a project that had its own set of challenges in one of the most crowded Bharatiya cities.

Kolkata had the first Metro in Bharat, but it took 22 years to build just 16 kms of it. Added to it were shortage of funds, labor and just about everything. And of course, the constant interference from Indian Railways.

Sreedharan once again had the responsibility of pulling off the Delhi Metro, within schedule, in a city notorious for traffic snarls, meddling babus and netas, sundry NGOs, and the great Lutyens crowd. More than the physical challenges, these were even more daunting.

First things first, Sreedharan cut off any external meddling in Delhi Metro, he was the boss. In a city notorious for sifarish and “Jaanta hai Ki Mera Baap Kaun hai“, he ruthlessly rejected any recommendations and meddling. He was the boss of the project and made it clear.

There were anecdotes, about people in Delhi walking in with recommendation letters to Sreedharan, and coming out with nothing. This, in a city that runs on it, was nothing short of an achievement by itself. The Lutyens brigade was put firmly in its place.

Knowing the delays associated with Government funding, Sreedharan directly approached Japanese Bank of International Cooperation for funding the Metro. He got a 5 billion USD loan sanctioned and the Government furnished the rest. 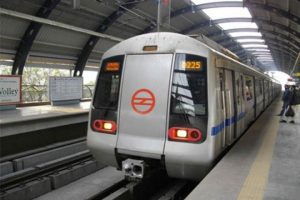 Sreedharan completed the first phase of Delhi Metro within schedule. He got in the best international consultants. The Lutyens babu brigade were put firmly in place, literally asked to take a hike. He completed it within schedule, no cost overruns, a mammoth achievement.

What a glorious career he had!

From the tag of Metro Man, to the Padma Shri, to one of Asia’s heroes by Time in 2003, to Padma Vibhushan, to Chevalier, and sundry other honors, we can only say one thing – Elattuvalapil Sreedharan brought value to those honors. Salute to him for all that he has achieved.

Today, Sreedharan leads a happy and retired life in Kerala. He is also a member of the Vaishno Devi Shrine board. He has 4 kids – eldest son is a Vice President at TCS, another is a doctor in UK, his daughter runs a school in Bangalore, while another works for ABB. He has been spotted as living a simple, spiritual life.

Shri E Sreedharan reading Prahlada Stuti of Bhagavatham and explaining it to the audience as part of his local temple festival #inspiring pic.twitter.com/0MjTcRT97i

Elattuvalapil Sreedharan, the people of Bharat will forever be grateful for Konkan Railways, Delhi Metro and Pamban Bridge. You are a true Bharat Ratna and an inspiration for all of us.

Happy 85th birthday sir, you truly are an icon for modern Bharat.