It would have been easy to ignore this as another abusive exchange that sometimes takes place on social media, but it was tough to overlook how a woman was being called a prostitute, that too by another woman who happens to be a mother and a lawyer, just because the former supported the Bharatiya Army.

While the ‘progressive’ left-liberals claim to be respectful of women and champions of freedom of expression, we find scant respect in the words used for another woman who was merely voicing her opinions. What this lady insinuates through the asterisked word in her FB post below means a ‘whore’ in Bengali –

After super-cyclone Amphan hit Bengal leaving it ravaged, many Bengalis, living away from home, spent days longing to speak with near & dear ones. This communication void was soon filled with secessionist sounds across social media platforms.

While some evoked Tagore and twisted his Ekla Chalo Re out of context to advance their ambitions of “separate Bengal”, others exposed their wish of joining Bangladesh, which is not very distanced from the views of separatists in J&K wanting to unite with Pakistan.

When Gurudev Rabindranath Tagore penned down “Ekla Cholo Re”, he wouldn’t have imagined that 70 years after Bharat’s independence, people would hijack his poetry, seeped in the love of the motherland, to demand another partition. 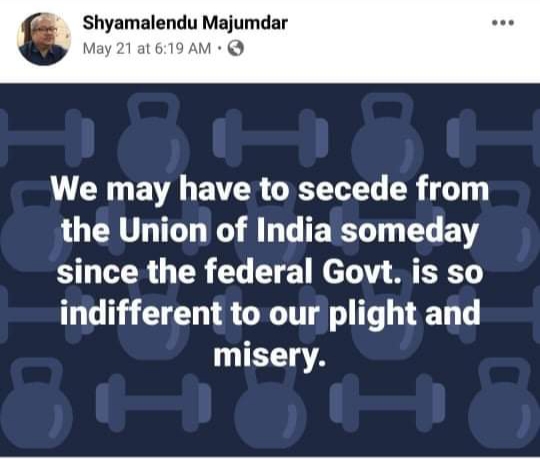 With the early signs of a secessionist movement presenting itself in Bengal, if not on the ground, at least on social media that drives the narrative, it is imperative to restore people’s faith in the Union of Bharat. It is also paramount that the government at the center and at the state take cognizance of secessionists cropping up in our territory.

People talking about uniting with Bangladesh seem to have developed amnesia about the Noakhali Riots, Direct Action Day, the bloodbath of partition, and the millions of Bengali Hindus slaughtered during the 1971 East Pakistan genocide? Have they forgotten the repeated attacks on Hindus in Bangladesh ever since that country was liberated by Bharat? The blogger from Bengal has often been hounded by regionalists also for marrying a North Indian, which exposes the surge in a dangerous regionalist emotion in the state. All kinds of derogatory words were hurled at her by several Facebook users; one compared her with cancer, another equated her with biological waste, and in both cases camouflaged messages of having the blogger eliminated followed the initial abuse. 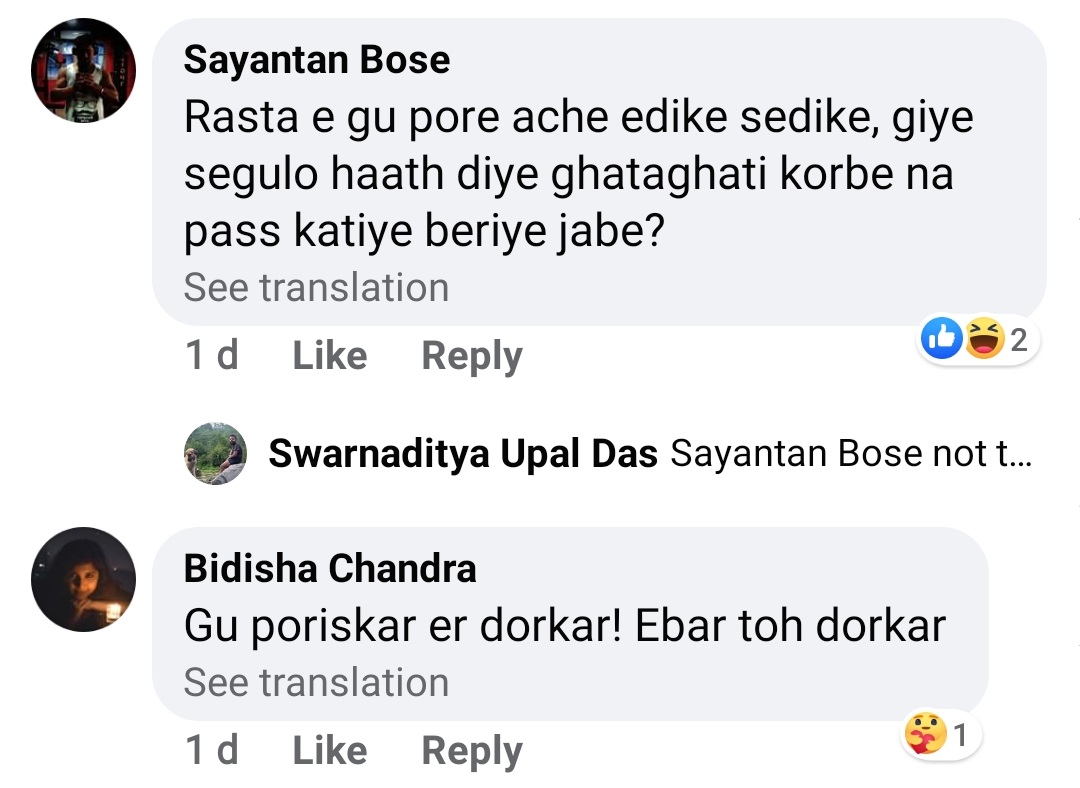 When the posts containing a barrage of abuses and death threats were reported to Facebook for harassment, the social networking platform’s helpdesk returned the complaints stating “these do not go against their community standards.”

Is the social media site encouraging its “liberal” users to hatch murderous plans of politically opposed voices on the platform? Their bias was always known, but openly and unapologetically defending perpetrators like this is criminal, to say the least.

The lady being targeted here is a Bengali blogger of nationalist ideology that conflicts with that of the ‘liberals’ found particularly in South Kolkata. They pretend to be bhadraloks, gentle people, but fail to argue with logic and facts, and often stoop to making personal attacks, using expletives.

The ones calling a woman of opposing ideology B****wali, H****i, K****i Magi, or G***u Aurat for voicing out an opinion different from theirs, for supporting the armed forces of Bharat – do they even deserve that elite identity of Bhadralok?

Many of these abusers follow a communist philosopher from Germany, while ironically chasing the American capitalist dream. Why follow Marx, when you have Mukherjee? Where is the Bengali pride? Bengal has produced gems like Swami Vivekananda, Netaji Bose, and Rabindranath Tagore. If you are a proud Bengali, follow these great personalities.

The communists in Kolkata will debate their icons’ theories and models endlessly, but lack the courage to walk the talk. Else, instead of raising generations of Marx-worshippers who oppose standing up for the national anthem penned by Tagore and belittle the armed forces which were given a new vision by Bose, they would have followed the Hindu Dharma Swami Vivekananda dedicated his life to.

Also, the regionalists and secessionists in Bengal must bear in mind that a major portion of their youngsters are reaching Hyderabad and Bangalore for higher education and the cream of their population has found employment in MNCs in Delhi, Mumbai, Pune, and the south. They had better not get inspired from Kashmir. The real bhradrolok doesn’t want his future generations to get wasted in separatist terrorism, but to see his sons and daughters as engineers, doctors, and CAs.