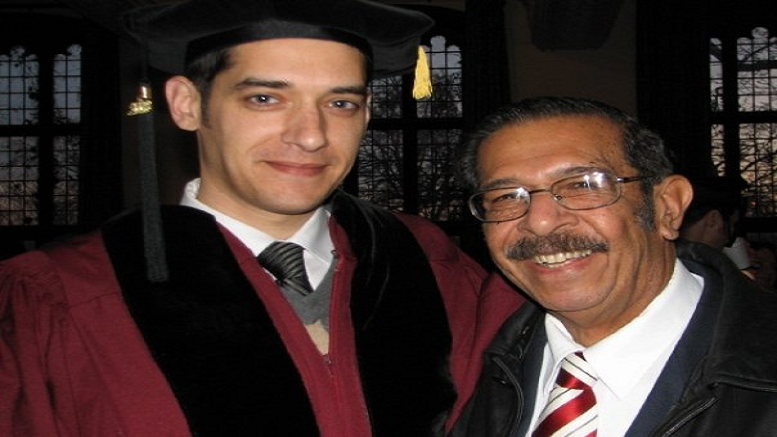 I want to tell a family story about racism, tenure and death.

When my father, Harish Verma, was my age, his academic career stalled. He had earned his PhD in Geology and Paleontology in 1972 and for a decade he frantically applied for jobs. And guess what? He kept the receipts.

Here they are, dozens of them – professorships, curating, drilling, surveying, cataloguing. Going through his papers, we found folders of neatly organized, precisely written applications. He kept job ad clippings and rejections from 1969 to 1983.

The files are a harrowing read, especially because there are parallels between his career and mine. I finished my doctoral degree, but in the humanities. I’ve been successful, but am still 12 years into my career without tenure.

My dad had an eventful life. Born in what is now Pakistan, he narrowly survived the partition. The family started over in Bharat with next to nothing. He worked hard and to find a way to the West and in 1965 won a scholarship to come to Canada for his PhD.

In 1972 he became the only Indian PhD in Invertebrate Paleontology in Canada, at least the only one he knew about. Here he is surveying in the Burgess Pass in the Rockies, site of the famous Burgess Shale.

Here he is up in James Bay.

Here’s a photo of him (I think?) in San Luis Potosi in Mexico, where he did his PhD field work in late Jurassic ammonites.

He really like to take pictures of his hammers.

During the 70s, my dad did get temporary jobs here and there, teaching, cataloguing, and working at the Royal Ontario Museum, on drilling teams, the government. But even allies in these places told him frankly that his race would be an “albatross” for him in the profession.

I remember stories of underqualified bosses who took credit for his work, and others who just stole it outright. Like many in his generation, my father never said how race bent his prospects downward. I believe that’s because he really couldn’t articulate it.

No one can. The pernicious thing about systemic racism is that its effects are often about things not happening: the mortgage application, the restaurant table reservation, the job, the promotion. It’s a phantom. Perversely, you blame yourself for its effects.

Then, sometimes, there is evidence. Here’s a 1976 letter from his supervisor that we found in among one of his job applications, calling out a colleague as racist for failing to consider my father for a position.

This is what allyship looks like, not just calling out racism, not just writing a letter to memorialize that phone call, but by providing a hard copy to the person being victimized, proving there’s something real behind a phantom suspicion, and in doing exorcising self-blame.

For those of you out there who have tenure: this is what you should be using your professional capital doing. It’s what this guy was doing in 1976.

In 1983, my father gave up on academic life and on geology altogether, realizing a brutal truth that many immigrants discover, particularly those with brown skin. You can work, you can rise, but to be honest, you still may never be part of the club.

In his memoir, he wrote “As far as my geological career and aspirations were concerned … I was ready for Canada but the employment atmosphere in Canada was not ready for me.”

So, instead, my dad started a mom-and-pop print shop. With hustle and grit he and my mother were able to support a family, make it to the middle class and eventually to retire decently in a nice suburb.

Perhaps the reason I pursued an academic career, despite the mental and physical tolls of this profession, has all along been to achieve a kind of generational vindication of what my father endured way back then.

My father was killed in a car accident earlier this year. What he went through back then grieves me. I wish I had made more progress before he died. Still, I believe he died happy because the joy he didn’t find in work he found instead in God, in family and in experiences.

I still have his geological hammer.