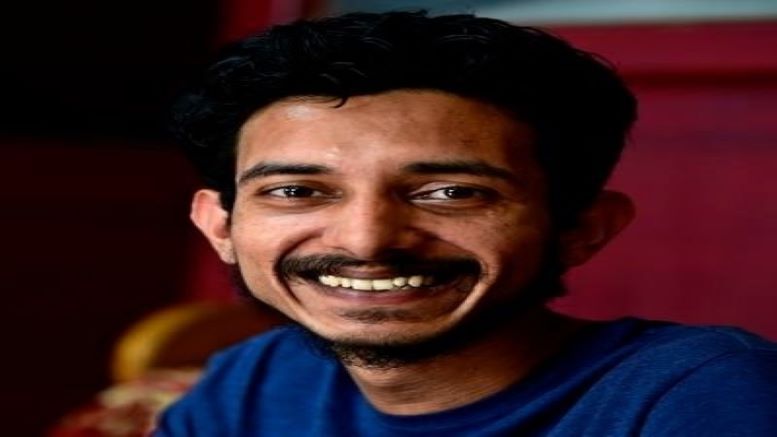 Sharjeel Usmani, a columnist with Newslaundry and an alumnus of the Aligarh Muslim University (AMU), has been booked for spewing venom against Hindus at the second Elgar Parishad in Pune on 30 January. The Pune police swung into action after there were widespread furor and anger among the public in addition to the BJP Maharashtra unit raising demands for sedition charges against Usmani.

Usmani has been booked under section 153 of the Indian Penal Code (IPC) for promoting enmity between different groups on religious grounds. While Maharashtra leader of opposition (LoP) Devendra Fadnavis had written a letter to CM Uddhav Thackeray demanding action against Usmani for hurting sentiments of Hindus and making offensive statements about the entire Hindu community, action by the Pune police was based on the complaint filed by Bharatiya Janata Yuva Morcha (BJYM) leader Pradip Gavade.

Gavade had registered a case with the Swargate police in this matter. Times Now quotes Gavade as saying “we have requested the police to also lodge a case against him under section 124-A, IPC as he clearly stated he didn’t believe in the Indian state, Parliament, and judiciary. We also said a case should be lodged against the organizers of Elgar Parishad”.

Maharashtra Home Minister had been dilly-dallying on taking action against Usmani stating that the government would have to ‘examine’ if anything objectionable had indeed been said by Usmani. However, his colleague and senior NCP leader Chhagan Bhujbal also called for action against Usmani while adding “If any Hindu leader had made a similar statement about the Muslim community, would it be tolerated?”

It must be mentioned here that several urban Naxals who had incited Bhima-Koregaon violence during the first Elgar Parishad in December 2017 were charge-sheeted. LoP Devendra Fadnavis who brought home this point in his letter to Maharashtra CM, said that in view of the Parishad’s history and the caste violence it incited, the MVA (Maha Vikas Aghadi) government should have refrained from granting permission for the same.

Elgar Parishad gives a stage to the likes of Arundhati Roy, Prashant Kanojia, and Sharjeel Usmani among others who are known Hindudveshis shows that the conference is just another medium for Urban Naxals to go on a Hindudveshi rant.

Chk his thoughts abt Hindus..

Usmani made it very clear at the start of his speech that he was at the podium to speak as a Muslim youth who had risen to speak about his ‘pain’, vent his anger and declare war (jung ka elan). Usmani wanted the Dalits and Muslims to unite like they had done against the Peshwas during the Bhima-Koregaon battle.

His entire speech was not just baseless but a bundle of lies. Usmani made several false claims none of which were backed by facts. We shall quickly run through the many false sensational claims made by Usmani with the only intention of inciting hatred for Hindus among those present

1) Talking of CAA Usmani in addition to Muslims from neighboring countries said that Srilankan Tamils had been left out as had Buddhists from Afghanistan although the ruling party claimed that the bill was for those persecuted. (Fact: FM Nirmal Sitharaman had already said in January last year that there will be a process put in place to grant citizenship to Srilankan Tamils.)

2) RSS founder has written in his book that Muslims, Christians, and Communists have no right to live in Bharat. (Fact: Shri MS Gowalkar had said that anyone who is loyal to Bharat is a Hindu)

3) UP CM Yogi Adityanath had issued a statement that they will encounter people and has been killing 19 people every day, all of whom were Muslims or Dalits. (Fact: Between 2017 and October 2020 125 criminals had been killed in encounters and Vikas Dubey is a Brahmin)

4) Usmani said that the ‘Hindu Samaj’ of today is “rotten” to the core while talking about lynchings and how only Muslims were victims of lynchings. (Fact: He obviously knows how to create a false narrative. Hindupost has already highlighted that Hindus are also a victim of lynching and the lynching of Hindus doesn’t even make it to news reports let alone being debated on). Usmani was honest enough to admit that he had attended the conference only to point out that Hindu Samaj is rotten.

5) Usmani claims that Muslims are killed in Bharat for being Muslims alone and no other reason is required for the same in today’s Bharat. (Fact: Well, Mr. Usmani Hindus are not just forced out of their homes but also killed for being Hindus in areas where Muslims are in majority)

Usmani also wanted those gathered to take away the hegemony of those in power (BJP and Hindus) who according to him are of the belief that the nation belongs to them (Hindus). That this was an attempt to make a MIM-Bheem alliance was also clear when Usmani insinuated that all those who have been oppressed should come together and fight against the ‘injustice’

Usmani goes on an attempt to guilt-trip the entire Hindu community by saying that they are indulging in hatred. But then he doesn’t stop at this and warns Hindu samaj (dhamki hai Hindu samaj ko says Usmani) that Muslims will definitely not take anything lying down.

The truth is Hindus have always been tolerant and that is why the population of Muslims is on the rise in Bharat while Hindu minorities in Pakistan (which Usmani talked in favor of during the course of his speech) and Bangladesh have been systematically eliminated. The blind hatred he talks of is practiced by his fellow Islamists in those countries.

And unlike Madrassas where students are indoctrinated with hatred for Hindus, neither Hindu temples nor schools preach hatred for anyone unlike what Usmani claims in his speech. Usmani’s entire speech was full of Hindudveshi rants unsubstantiated by any facts as is the wont with communists and Islamists who have for long been attempting to divide Hindu samaj by pitting one caste against the other.

Usmani, who waxed eloquent about a partnership between Dalits and Muslims, needs to be schooled about Jogendra Nath Mandal, Pakistan’s Dalit law minister who realized how Islamists had merely used Dalits for their own selfish interests.

It is easy for the likes of Usmani and Kanojia to target Hindus by spreading such canards because Hindus have been and continue to be tolerant.