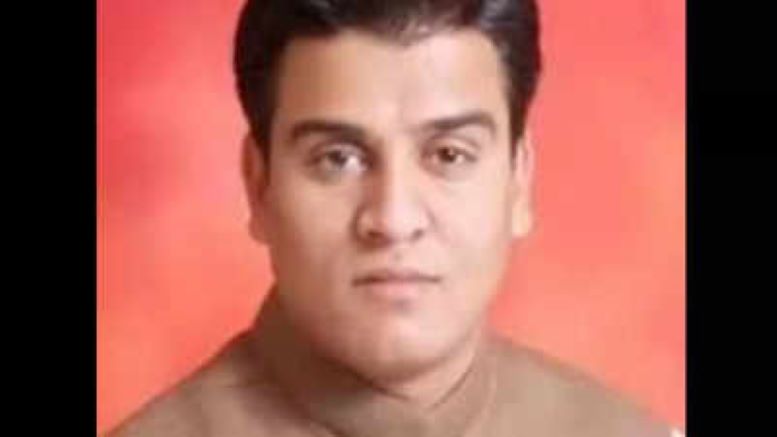 After the Namaz room was allotted by Hemant Soren in the Jharkhand assembly, a similar demand for an Islamic prayer room in the UP assembly is being raised by SP MLA Irfan Solanki.

BJP MLAs resorted to a protest against the allotment of a separate room for namaz in the Jharkhand assembly demanding that the decision be canceled. The opposition also raised demands for an adjournment motion to discuss the issue along with that of the state’s employment policy. While the BJP demanded a recall of the order on the allotment of the namaz room, Congress which is a part of the ruling dispensation welcomed the move in keeping with its Muslim appeasement policy.

The notification issued on 2 September signed by Jharkhand Legislative Assembly Deputy Secretary Naveen Kumar by the order of the speaker states that room number TW 348 in the new assembly building is being allocated for offering namaz. BJP resorted to statewide protests against the decision on the namaz room in the assembly on Sunday, a day after the notification became public. BJP party workers burnt effigies of CM Hemant Soren and the speaker during the protests.

After Speaker Mahato allotted the room, BJP raised demands for a Hanuman Mandir as well as places of worship of other religions within the assembly premises. They took to the streets to demand that the unconstitutional and undemocratic decision on the namaz room be immediately revoked by the government.

Ex-CM of Jharkhand Raghubar Das said “MLAs in the Hemant Soren government openly support the Taliban. A separate Namaz Hall in the Jharkhand Legislative Assembly is a result of this ideology. Otherwise, any person who believes in Indian democracy would not do such an act”. BJP chief whip Biranchi Narayan wrote to the speaker warning of taking the matter to the court if the government failed to reverse the decision.

In the meanwhile, Soren and Congress MLA Irfan Ansari justified the decision and condemned BJP for opposing the decision.

Following the allocation in Jharkhand, SP MLA Irfan Solanki raised a demand on Tuesday for allotting a separate room for offering namaz in the UP assembly.

The Times of India quotes the MLA as saying:

“I had written to speaker Hridya Narayan Dixit to allot a prayer room for Muslim legislatures. Worship is also necessary and the assembly session is also necessary. As happened in Bihar (a separate room was provided for prayers), and we also came to know about the same demand in Maharashtra.

Solanki said that during most of the proceedings of the Vidhan Sabha, they have to leave the session in the middle to offer prayers in the mosques outside and it wastes a lot of time.

During the same time, the demand of the public can be discussed during the assembly session, so there should be a separate prayer room where prayers can be offered”

The MLA also opined that no one would face any trouble if such a room for prayers is made in the assembly while adding that the decision of allocating a namaz room should have been made long back.

Some questions that every right-thinking Bharatiya should ask the likes of Jharkhand Mukti Morcha (JMM), Congress, and other parties resorting to blatant Muslim appeasement are: if the state is secular why should it be allocating prayer rooms for followers of one religion alone, will JMM and Congress leaders of the ruling Jharkhand dispensation making a similar provision for Hindus or members of other Dharma, why should there be a prayer room in a state assembly which is meant for conducting legislative affairs and not religious congregations?

Either the parties in power such as Congress and JMM should treat all religions at par or stop blatant appeasement of Muslims.