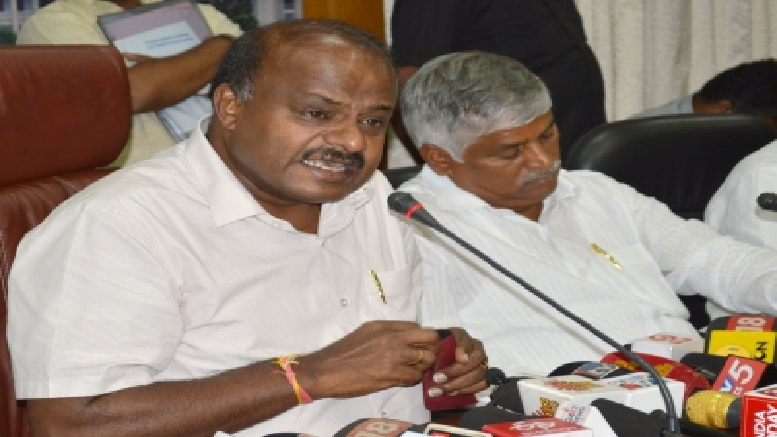 In an ugly episode of political rivalry, former Karnataka chief ministers H.D. Kumaraswamy and Siddaramaiah made derogatory remarks against their opponents on Monday.

Kumaraswamy passed a distasteful remark while criticising independent MP Sumalatha Ambareesh, who had defeated his son in polls, for raising her concerns on safety of the historical Krishna Raja Sagara (KRS) dam due to mining.

“If she is so concerned let her reach the place and sleep at the entrance of KRS dam,” he stated. “The state never saw an MP like her. It will not see one in future. Her statement on mining activity damaging the KRS dam is frivolous. She is spoiling the opportunity which has come in the backdrop of sympathy,” he maintained.

“Yeddyurappa won’t speak a word to the high command. He lacks guts. He fits the statement of ‘Hamara kutta hamari gali mein sher’ (A dog is king in his alley). He should have spoken to the Union Finance Minister Nirmala Sitharaman to bring funds for the state as per recommendations of the 15th Finance Commission,” he said.

Reacting to Kumaraswamy’s statement, Sumalatha said it does not behove a son of a former Prime Minister to make such a chauvinistic statement. “I will continue to raise issues and never go his way. I have been bearing the brunt since the time of elections,” she said.