Shackles of History in the World’s Largest Democracy 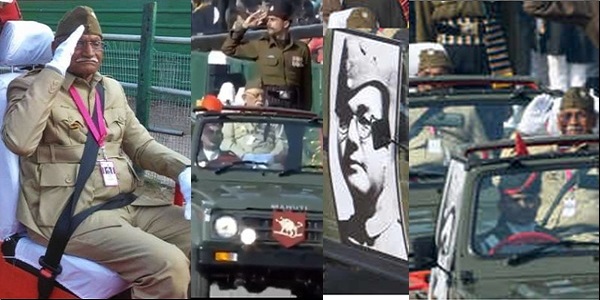 History helps shape national perceptions and perspectives and undergirds national security. However, the boundary between historical fact and fiction is more porous than students of history might think. History is not only written by victors but also is used by most nations as a political tool in intrastate or interstate context.

Democracies are not free from historical revisionism, although their history debates are more nuanced, usually pitting the political right against the left. In Japan, for example, attempts to reform the U.S.-imposed national security, educational and legal systems are portrayed by the left as a potential revival of prewar militarism. South Korea’s historical revisionism, for its part, is still poisoning its relations with Japan.

Bharat, which, like South Korea, fell prey to the ravages of colonialism, has had a static history debate, a reflection of its internal divisions and inefficient, British-style parliamentary democracy. In sharp contrast to South Korea’s or China’s still-continuing tirades against Japan over its colonial rampages in the pre-World War II period, Bharat’s relationship with Britain remains free of historical rancor, in spite of the brutality and impoverishment it suffered under British colonial rule.

Indeed, Bharat embellished or distorted how it won independence in 1947. Bharatiyas are still taught in school that their country gained independence by nonviolence.

However, for the first time ever, Bharat’s annual Republic Day parade this year featured veterans of the Japan-supported Indian National Army (INA), which waged an armed struggle against British colonial rule. Four INA veterans in their 90s separately rode a jeep in a parade that, paradoxically, showcased through 22 tableaux the life experiences of the apostle of nonviolence, Mahatma Gandhi.

The juxtaposed roles of the INA and Gandhi at the January 26 parade inadvertently highlighted a central contradiction in Bharat’s historical narrative about independence. The INA veterans’ participation, in fact, helped underscore the Bharatiya republic’s founding myth — that it won independence by nonviolence alone. This belief is deeply etched in the minds of Bharatiyas.

To be sure, the Gandhi-led non violent independence movement playing a critical role, both in galvanizing grassroots Bharat’s resistance to British rule and in helping to ultimately gain independence. But the decisive factor was the protracted World War II, which reduced to ruins large swaths of Europe and Asia, especially the imperial powers. The war between the Allied and Axis powers killed 80 million, or 4% of the global population.

Despite the U.S.-engineered Allied victory, a devastated Britain was left in no position to hold on to its colonies, including “crown jewel” Bharat. Even colonies where there was no grassroots resistance to British (or other European) rule won independence in the post-World War II period.

The British had dominated Bharat for more than a century through a Machiavellian divide-and-rule strategy. Their exit came only after they had reduced one of the world’s wealthiest economies to one of its poorest. Indeed, they left after they had looted to their heart’s content, siphoning out at least £9.2 trillion (or $44.6 trillion) up to 1938, according to economist Utsa Patnaik’s recent estimate.

Had Bharat, in the immediate aftermath of independence, proactively secured its frontiers, it could have averted both the Kashmir and Himalayan border problems. China was in deep turmoil until October 1949, and Bharat had ample time and space to assert control over the traditional Himalayan borders, including its extraterritorial rights in Tibet. But Bharat’s pernicious founding myth gave rise to a pacifist country that believed it could get peace merely by seeking peace, instead of building the capability to defend peace.

Here’s the paradox: Countless numbers of Bharatiyas died due to British colonial excesses. Just in the manmade Bengal famine of 1942-45, six to seven million Bharatiyas starved to death (a toll greater than the Holocaust) due to the British war policy under Prime Minister Winston Churchill of diverting resources away from Bharat. Churchill had as much blood on his hands as Adolf Hitler, a fact obscured by the victors’ prevailing narratives.

Moreover, imperial Britain sent Bharatiya soldiers in large numbers to fight its dirty wars elsewhere, including the two world wars, and many died while serving as cannon fodder. Bharat’s civilian and military fatality toll in World War II was higher than that of Britain, France and the U.S. combined.

Indeed, the present Bharatiya republic was born in blood: As many as a million civilians died in senseless violence and millions more were uprooted in the British-contrived and rushed partition of the subcontinent — the fruition of Britain’s divide-and-rule policy.

Yet the myth of Bharat uniquely charting and securing its independence by nonviolence was propagated by the inheritors of the British Raj, the British-trained “brown sahibs.” Consequently, no objective discourse was encouraged post-1947 on the multiple factors — internal and external — that aided Bharat’s independence.

In truth, the hope of Bharat’s independence was first kindled by Japan’s victory in the 1904-1905 war with Russia — the first time an Asian nation comprehensively defeated a European rival. However, it was the world war that Hitler unleashed through expansionism — with Imperial Japan undertaking military expeditions in the name of freeing Asia from white colonial rule — that acted as the catalyst. An emboldened Gandhi served a “Quit India” notice on the British in 1942.

While the Subhas Chandra Bose-led INA could not mount a formidable threat to a British colonial military overflowing with Bharatiya recruits, the Bombay mutiny and other Bharatiya troop revolts of 1946 triggered by INA prisoners’ trials undermined Britain’s confidence in sustaining the Raj, hastening its exit. Yet, independent Bharat treated INA soldiers shabbily, with many abandoned into penury.

Against this background, the rehabilitation of Bose and the INA has long been overdue in Bharat. Prime Minister Narendra Modi has done well to initiate the process, however low key, to give Bose and the INA their due, including recently renaming one Andaman island after Bose and two other Andaman islands to honor INA’s sacrifices. Modi even wore the INA cap to address a recent public meeting in the Andaman archipelago on the 75th anniversary of Bose’s hoisting of Bharat’s tricolor flag there — the only territory that the INA managed to liberate from British rule.

Today, a rules-based international order premised on nonviolence remains a worthy aspirational goal. But Bharat’s romancing of non violence as a supposedly effective political instrument has crimped national-security policy since independence. The country long hewed to pacifism (with the first prime minister, Jawaharlal Nehru, publicly bewailing in 1962 that China had “returned evil for good” by militarily invading Bharat) and frowned on materialism (even after China surpassed Bharat’s GDP in 1984-85).

Such has been the burden of the quixotic national philosophy centered on non violence that Bharat has borne enduring costs, including an absence of a strategic culture, despite the country’s location in the world’s most-troubled neighborhood. As the late American analyst George Tanham pointed out, the lack of a culture to pursue a clear strategic vision and policy hobbles Bharat’s ambition to be a great power.

(This article first appeared on The Japan Times and has been reproduced in full.)