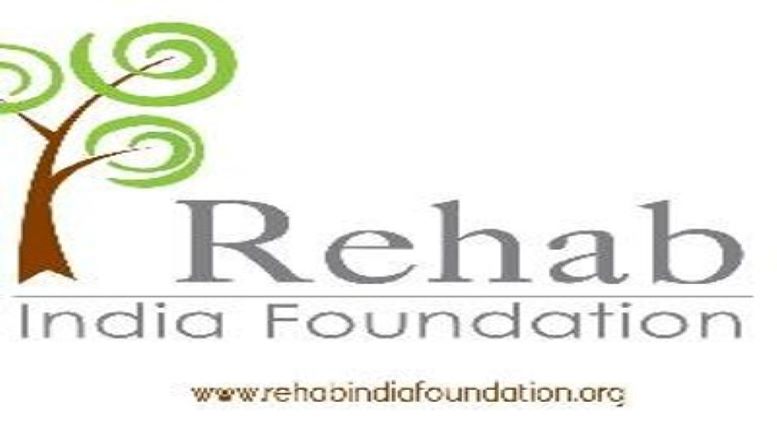 Islamist quasi-terror organisation Popular Front of India (PFI) came under the scanner for its role in anti-CAA and Delhi riots, and investigations exposed the involvement of ‘Rehab India Foundation’, an associate organisation of  PFI, which was used by the latter to mobilise funds to fuel anti-CAA (Citizenship Amendment Act) protests in the country.

According to the ED (Enforcement Directorate), PFI opened 27 bank accounts out of which 9 were held by Rehab India Foundation, and a total of Rs. 120 crores were routed by PFI through these and other accounts to fund the violence.

So what exactly is Rehab India Foundation (RIF)? Their website states that the foundation was set up on 17th March 2008 with the intention of ‘rehabilitating the marginalised section of rural India’. As per the information provided in their website they started out by adopting 51 families in a riot hit village of Assam and building homes for them. They followed this first ‘Rehab Model Village’ by adopting 60 more villages in Bihar, West Bengal, Assam, Karnataka, Tamil Nadu, Manipur, Uttar Pradesh and Andhra Pradesh. These so called village development programmes run for five years and are supplemented by various ‘important short term programmes’.

Many other pages of the website are non-functional, such as ‘Rehab Team’ and ‘Functionaries’. There is no information regarding the law under which the foundation has been established.

Who are Rehab India Foundations’ trustees?

The website’s downloads page has all dummy PDFs, bar one valid document on their Assam relief work carried out after the 2012 riots.  However, we found their 2019 annual report here, and it shows RIF’s trustees as below – AIUDF is a notorious Islamist political party based in Assam. Led by Deobandi maulana Badruddin Ajmal, it is known for facilitating illegal immigration of Bangladeshi Muslims, and making communal and genocidal statements from time to time.

3.) Dr. Zafarul Islam Khan – He is the Chairman, Delhi Minority Commission (DMC), and ex-Chief Editor of Islamist publication The Milli Gazette. He was in the news recently for an incendiary social media post threatening ‘Hindutva bigots’ that “the day Indian Muslims complain to the Arab and Muslim world, you will face an avalanche.” When charged with sedition and hate speech for that post, Khan promptly got legal representation from Lutyens’ ecosystem lawyer Vrinda Grover.

4.) Advocate Bhavani B Mohan is the only ‘Hindu’ name in the trustees list. He belongs to Tamil Nadu, and is a known Modi hater who was seen lecturing in an event organised by PFI’s political wing SDPI, and is also a Maoist sympathiser who appeared as a defence lawyer for Maoist Deepak.

Mohan had led a ‘fact-finding’ team after the 2013 bomb blast near the BJP office in Malleswaram, Bengaluru  and claimed that the blasts were carried out by BJP to ‘gain political mileage in the Karnataka assembly election’. However, in 2016 Mohammed Ali Khan, founding member of banned terror organisation Al-Umma, was arrested from Erode district, TN for the Bengaluru bomb blast. Khan was earlier convicted and sentenced to life imprisonment for the 1998 serial blasts at a Coimbatore rally of veteran BJP leader L K Advani in which about 50 people had died – but he was released in 2010 after just 12 years of imprisonment.

Professor Haseena Hashia from Jamia Millia Islamia (JMI) University is another noteworthy name in the RIF trustees list. JMI seems to have a close connection with the Foundation as its facilities are either used to launch RIF programmes or release their annual reports.

Clearly, while PFI has its roots in Kerala, it has now spread its tentacles all over Bharat, and the RIF trustee list demonstrates that geographical spread.

Their Partner Us page shows RIF is well embedded in the country’s mainstream CSR-NGO ecosystem:

Rehab India Foundation attended India CSR Summit 2018 and TISS Northern Conclave for building CSR and Sustainability. It has partnered with Tata Institute of Social Sciences (TISS), Amity University (internship and campus placements), SP Jain Institute of Management and Research (rural internship). As per its 2019 annual report, it also collaborated with Goodera and Amazon for volunteering, workshops and donation drives.

RIF’s bank details have been provided on the website along with an Income Tax 80G certificate for donations exemption. The 2018 annual report shows it received Rs 2.5 crores as donation in that financial year, and the 2019 annual report shows a donation receipt of Rs. 2.4 crores.

AFI programmes like its social entrepreneurship accelerator at IIT-Hyderabad are sponsored by the Dept. of Science and Technology, Govt of India. It also runs an annual Silicon Valley Challenge to select social enterprises from Bharat for a program held in California, USA.

Launched in 2012, AFI is inspired and guided by Sam Pitroda who was Chairman of Bharat’s National Innovation Council during UPA-2. Pitroda is also listed as AFI’s Honorary Chairman. He is a technology entrepreneur and policy maker with deep ties to Congress – as  Chairman of Indian Overseas Congress, he was in the thick of controversy last year for his dismissive remark “84 me jo hua so hua” (whatever happened in ’84 happened) when questioned over his party’s role in 1984 anti-Sikh pogrom. 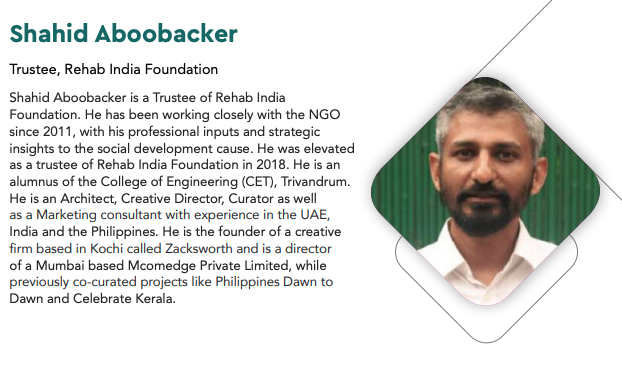 World over, Islamist organisations with supremacist, theological goals create facades of social development organisations, which sometimes do indeed perform genuine social work, to soften their image. PFI and LeT are no different as far as ultimate goals go.

An organisation whose cadre chops off a professor’s arm in Kerala for alleged blasphemy against their prophet, which is caught running terror training camps, which is notorious for brain-washing young men & women and sending them to join ISIS, creates a front organisation called Rehab India Foundation and is mainstreamed by Bharat’s NGO-CSR sector and even Government-linked agencies like AFI or Delhi Minority Commission. This should be a cause of worry for all right-thinking citizens.

The article has been updated with more details and some corrections at 14:15 hrs on 5 June 2020.