No Hindol, its not the affluent class but Nehruvian power elite who are responsible for Covid-19 crisis 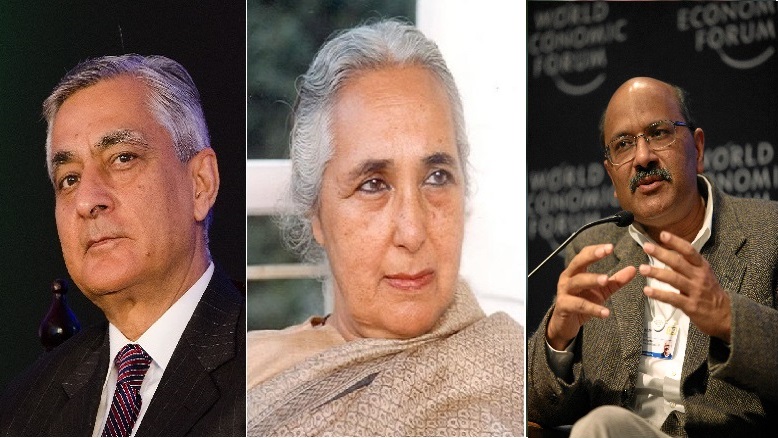 With the Covid-19 second wave raging through Bharat, commentary on need for introspection, systemic failures, societal attitudes, proposed solutions etc was expected. Such churning and questioning is good. After all, if we don’t learn from a public health emergency of the magnitude we are dealing with now, when will we?

But equally important is to question the hypothesis being put forward by analysts and public intellectuals who have access to recognized platforms. Are we recycling pet theories, which undoubtedly have a grain of truth, while skirting around the more fundamental issues that ail our polity?

Author, columnist and Editor-at-large at Fortune India Hindol Sengupta has written an article titled ‘When the rich fall ill’ with the sub-text “The second wave of Covid-19 is a moment of truth for India’s rich, and upwardly mobile middle classes”

The gist of his argument is this – the rich and upper middle classes are the source and biggest sufferers of the Covid-19 pandemic, and the current crisis is because of the lack of public health infrastructure which the affluent class did not care for as they were happy living in their comfortable bubbles, in gated societies, where private services could be bought. But the current crisis has shown how broken our health infrastructure is, with something as basic as Oxygen unavailable for even those with money. So although he is a free marker supporter, good public services especially in health and education are the backbone upon which any society stands.

He hopes that the Covid-19 crisis acts as an inflection point for the affluent class, that they realize their future is tied to better public systems.

I will admit that I am no fan of Bharat’s rich and upper middle class, many of whom are deracinated, self-alienated and disconnected from the grassroots. But let’s not forget that they form the 1% of the country which pays income tax. That they include the private sector industrialists who have generated wealth and pay corporate tax. Hindol’s article also doesn’t address two key issues:

1.) Is the affluent class responsible for the admittedly poor condition of most of our public health, education and other infrastructure?

2.) What exactly is it that he wants the affluent class to do to address the issue? His article mentions ‘mass petitions so that air pollution becomes a political, electoral issue’, but that’s about it.

I counter that it is not the entire affluent class, but a tiny section within that class, which is truly responsible for our woes. And that is the Lutyens’ power elite, or what we can term the Nehruvian elite. This ruling class is not limited to Delhi alone, but are spread across the country and include non-English speaking regional satraps as well. They are united by the Nehruvian ‘Idea of India’ (IOI) which essentially treats our country as an inorganic/artificial entity.

This IOI applies the same colonial lens used by the British to keep the majority community divided, while privileging the minorities who we are told have to be protected from majoritarianism. Through political euphemisms like ‘social justice’, ‘inclusive development’, ‘constitutional morality’ and by using an elaborate network to control the levers of power, the IOI lobby has conditioned the masses to believe that they are the sole arbiters who can give them a fair deal in a country where the general category (a numerical minority) is out to ‘oppress’ them.

The end result is that we have legitimized adversarial politics, victimhood narratives and feudal structures in which multiple groups are played off against each other, each striving to become part of the ‘in-group’, i.e. recipient of quota benefits, subsidy etc. Add foreign-funded agendas to the mix, tacitly encouraged by the IOI cabal to ensure ‘majoritarianism’ is in check, and you have the perfect recipe of a low-functioning society at war with itself. Even the Modi-led BJP government, for all the allegations of authoritarianism and fascism levelled at it, is forced to/chooses to mostly function within the boundaries of this framework.

The affluent class merely takes its cues from the Nehruvian power elite. So just like the power elite has safely ensconced itself in the salubrious confines of Lutyens’ Delhi, where they were insulated from deadly Delhi riots engineered by anti-CAA protestors just 10-20 kms away last year, the rich & affluent class have learnt to live in their gated societies.

The mess we find ourselves in is a creation of the Nehruvian IOI (Idea of India) power elites. The rich and affluent middle class in general carries little weight politically; at most, big corporates can buy the right to be left alone through campaign contributions and by funding NGOs, media houses and advocacy groups established by the IOI power brokers. The affluent class can organise all the mass petitions and rallies they want against air pollution in Delhi-NCR, they will never be able to get the farmers of Punjab to stop burning their stubble as the latter is one of the privileged groups in the IOI calculus.

Another piece by Manu Joseph which appeared in Livemint also trots out the familiar tropes of ‘Indian love for informality (jugaad), no talent for systems’ etc., as explanations for the current Covid-19 crisis. Joseph also claims ancient roots for this alleged national characteristic and mocks our ‘rumoured heritage’. But again, he’s focusing on symptoms, not the root cause.

Let’s take one example to see the kind of perverse incentives and harmful outcomes which our Nehruvian IOI system promotes.

A look at the latest union budget data shows us that the combined budget for health and education is 1.67 lakh crore, while it is 50% higher at 2.5 lakh crore for food and public distribution. 0.56 lakh crore is spent by the centre annually just to procure wheat and paddy from one state, Punjab, and the wheat is procured at an MSP greater than market price. We are procuring far more than our people need, with significant stocks in FCI going waste. MSP anyway benefits only 10% of total farmers in the country, and the skewed procurement system has led to corruption, ground water depletion and air pollution.

The three new farm laws introduced address these systemic issues in our agriculture sector, yet we are seeing vehement protests, backed by the IOI lobby. If we look at state and central schemes put together, we will find that lakhs of crores are going out as sops, as leaky sectarian schemes, instead of that same money being used to create lasting public infrastructure and improving public service for all. Every meaningful reform, whether in land, labor, bureaucracy or judiciary is opposed by the IOI lobby.

Bharat needs a fundamental reboot. We need to move from the Nehruvian Idea of India to a civilizational Idea of Bharat, to fashion a renewed sense of nationhood & harmony which alone can solve our systemic issues. Otherwise, just like Korea and other East Asian tigers overtook us from 1960-80,  China overtook us from 1990 onwards, we will be left watching as the likes of Vietnam, Sri Lanka, Bangladesh leave us behind.