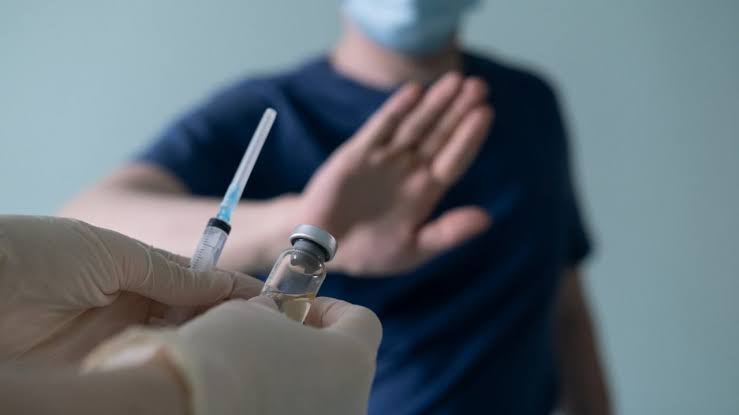 In Bharat’s capital Congressis are putting up posters questioning the government on its decision to send vaccines to other nations instead of giving preference to Bharatiyas. But in the Southernmost part of the country, Tamil Nadu, the rationalist state has been facing hurdles in curbing Covid-19 spread due to vaccine hesitancy. Media is full of reports on how patients wait on ambulances due to non availability of beds in the hospitals, how dead bodies are lined up in crematoriums and how in one case the newly elected MLA of thousand lights constituency who is doctor himself ordered the corporation officials to construct a second cremation furnace as bodies were piling up.

On the other hand relatives of people could be seen lining up in front of government hospitals to buy Remdesivir increasing the possibility of spreading the virus even more. While the newly elected government led by DMK is acting like a headless chicken, it actually contributed to making the situation worse when DMK was the opposition a few months back.

In the past Hindu Post has reported how evangelists spread canards about vaccines, scaring people by telling them that vaccines have Satan in them and that people will be monitored by the government if they take them. Now Tamil Nadu is one among the least vaccinated states and also the states where wastage is high. Fortunately it has come down from 10% to 4.13% now. The health secretary of the state observed that in the beginning even ‘healthcare workers and frontline workers did not come forward. In fact, they came after the senior citizens took the vaccine’. The state has vaccinated less than 10% of its population. However it was not only evangelists that spread misinformation about the vaccine.

Politicians who were concerned only about election victory were too eager in demonising the central government and ended up planting doubts about the vaccines, especially the indigenous Covid-19 vaccine invented and produced by Bharat Biotech, in the minds of people. TN CM MK.Stalin, in his urge to paint the centre and state ruled by AIADMK, an ally of NDA as inefficient, in one of his public meetings said, “Corona is a dangerous disease. We don’t know where it came from, who all it can affect or what is the medicine. There is news of a vaccine..(being invented) but it’s not clear how effective it is or whether it’s 100% successful..VIPs like PM or CM haven’t taken it. Only a few doctors and some others took it. Because it is like a test only”.

His speech gave an impression that the vaccines weren’t taken by the PM and CM because they are being tested on people for efficacy and so not reliable. However the truth is that at that time octogenarians were given preference as they were more susceptible to Covid-19 infection. When the vaccine was made available for those who were above 60 both the PM and CM took it and surprisingly Stalin also took Covishield at a private hospital(only Covishield wa.

It was not just Stalin, but Thirumavalavan the chief of DMK’s ally VCK party and MP of Chidambaram Loksabha constituency repeatedly raised doubts about Covaxin. In January when the vaccination drive began, Thirumavalavan demanded that the TN government should not allow Covaxin and allow only Covishield to be used. He alleged that the BJP government at the centre was favouring Bharat Biotech and that Covaxin would endanger the lives of those who take them. He repeated his request to the TN government to avoid using Covaxin.

However he got both doses of Covishield when they were made available for those above 45 but casted doubts about the death of Kollywood actor Vivek who received the first dose of Covaxin shot at a Government hospital to encourage people to come out and get vaccinated. He tweeted that the actor lost consciousness only after receiving the vaccine which created fear in the minds of the public and so the government must come out with the facts.

Such politically motivated comments about the vaccine largely contributed to people hesitating to take the vaccines in general and planted doubts and fears in their minds as to how a vaccine could be invented at such a short notice and that the governments might be using them as guinea pigs. This has resulted in vaccine vials being wasted as people didn’t turn up even though they registered for the same and sudden hikes in rate of infections due to the second wave. Stalin and Thirumavalavan who spread negativity about vaccination are now imploring the public to get vaccinated to keep them safe from Covid-19 virus. If only they hadn’t put politics before people’s welfare so many lives wouldn’t have been lost.

Apart from politicians, many YouTubers who are the go to nowadays for the public also not only spread misinformation but scared them into not taking the vaccine. Sumanth Raman, a doctor himself whose wife is a judge in the Madras High Court, often appears in media debates as political analyst, activist, etc. Even as he was casting aspersions on the studies of Serum Institute of India and Bharat Biotech, he had no qualms about criticising the government for not booking Pfizer and Moderna vaccines and ‘jeopardising’ vaccination drive.

Even though he didn’t directly link actor Vivek’s death with the vaccination, his tweet gave the impression that there might be a link between the two. Such celebrities also played a vital role in scaring the public into not taking the vaccine for mere likes and retweets despite the fact that they themselves got vaccinated once they were available for their age group. But the common man with neither the economical background nor the influence to procure medicine or a bed at the worst scenario fell for this propaganda and is on the path of destruction in all probability.