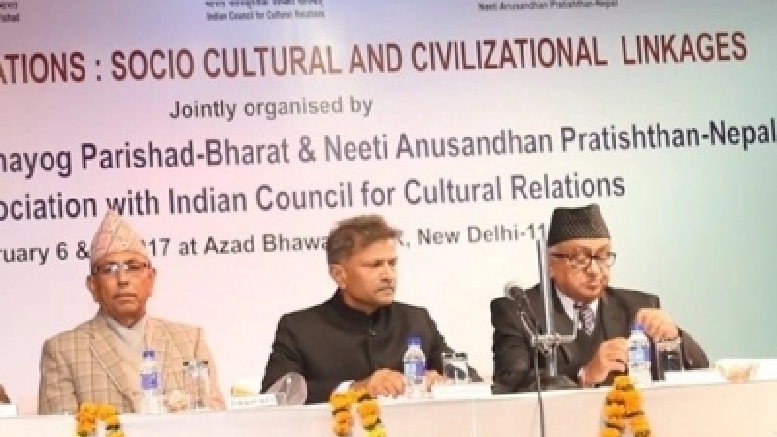 The Delhi-based Antar Rashtriya Sahayog Parishad (ARSP), also referred to as the Indian Council for International Co-operation, has been working on diaspora issues for four decades. It has forged closer ties with expat Indians which includes the Girmitya diaspora, the dollar diaspora and the Gulf diaspora. The ARSP also takes pride in running the Roma centre that has cemented bonds with the stalwarts of the gypsy community in Europe whose relations with India go back nearly 1,000 years.

Ambassador Gupta talks about the changing narrative of Indian diplomacy in a volatile world, how the diaspora looks at India with new-found confidence and how India should chart its foreign policy in the immediate future.

IN: How has Indian diplomacy progressed in the last seven decades?

Gupta: We have moved on from ideological moorings to purely national interest. I think we were rather delusional at one point in time in our foreign policy.

Now, we have gathered enough strength and courage to articulate our national interest properly. We are far more resourceful and far more confident because of the progress in economy and technology.

We should remember that this confidence of today oozes out of what we have made of ourselves since the time of independence.

IN: With major global developments happening around us, how do you see India’s foreign policy evolve in the future?

Gupta: Our foreign policy should keep in mind our national interest. We have achieved that litmus test where we know our strengths in today’s complex world.

An overreach can lead to disasters in foreign policy. We must be very focused in minding our own business and have our own global exposure. India believes in the policy of Vasudhaiva Kutumbakam (the world is one family), but this plays out in a large-term perspective.

Last year Afghanistan was in turmoil as the Taliban took over. Afghanistan is in immediate proximity. Once again people said that we should help bring about rapprochement among the various groups in Afghanistan. I do not think these are practical ideas and I think now we know where we stand in world affairs.

Also, I would like to look within. We still have a lot of unfinished agenda on the development front–poverty, housing, nutrition, education and electrification. Therefore, we need requisite exposure to global issues and have to be mindful of internal resources, and challenges.

IN: At the ARSP you are working actively with the Indian diaspora and engaging with foreign academics. Do the expats see us in a different light now?

Gupta: The diaspora sees a rising India and takes great degree of pride in associating with India. There also has been a greater degree of acceptance of India’s cultural and soft power. I would dare say, India has been put on the high pedestal of cultural power. Indian designs and motifs are becoming fashionable. India is the toast of the times and, I am not exaggerating.

I am doing a comparison between the last three-four decades till now. There was a time when you would see an Indian in New York and you would think he was an illegal migrant or the owner of a small shop. Now you see an Indian and you think he is creating software. India’s brand image has gone up considerably.

If I recollect correctly, Shashi Tharoor had narrated somewhere that there was a time when people from India’s neighbourhood would say that they are not Indians. Now those very people are happy to be called Indians, even South Asians, even when they know that they are not.

I remember clearly that as the High Commissioner in Trinidad, I was told that earlier the children in schools would not open their tiffins of Indian food in front of other students. They would eat their food in hiding. Then came a time when Indians would celebrate Diwali for 1.5 months. Every major government department would celebrate Diwali and roads would be lit up in a big way. People began to take pride in wearing their costumes and serving Indian food, even offering their friends to partake in the food and festivities. There is a sea change in attitudes.

I see a sense of pride in India as a country. There is a growing brand image of India.

Our culture has not changed, it remains the same. We have changed. Our people have developed the confidence to associate with our culture.

IN: How does the world perceive India now?

Gupta: The world sees India as a rising power and that explains virtually everything. As India rises, there is a new-found admiration in the world. So, what is the difference? At one time we were a colonised nation. The British rule left us impoverished, left us emaciated.

We were a weak nation. But we had the pretensions of being a world leader. Jawaharlal Nehru had a certain vision, he had great scholarship but was delusional in his understanding of the world.

The non-aligned movement (NAM) was a good thing. At that time it was not wise to join a camp and it proved right. We derived advantage from both the blocs- the Western and the Communist. The US thought that India was a Soviet satellite. Despite that, India was the recipient of the largest US aid. But the world never took us seriously.

We took pride in leading the NAM with well over a hundred countries. But we were not taken seriously.

I feel that our policy has not changed much since then. We are still ‘non-aligned’ in a sense but now, the world takes us seriously. For example – look at the stand India has taken in the Russia-Ukraine war. Both sides keep us in touch with their views. We kept our national interest in mind. The result is that Russia thinks we maintained our old friendship with them while we have been able to balance the US also.

India is seen as a tolerant and liberal society except for some nit-picking here and there. Take for instance the Gulf countries where we have good relations with both the Sunni nations as well as the Shia countries.

Now look at Pakistan. It is a very large country. It is also powerful. The world no longer looks at Pakistan as a reliable nation. In fact, it has become a liability to visit Pakistan. If you have a few visas for Pakistan stamped on your passport, you are looked at with suspicion by other countries.

IN: The ARSP has been doing considerable work with the diaspora. With the world changing fast, are you also changing in some ways?

Gupta: ARSP’s underlying motto is Vasudhaiva Kutumbakam and we approach our relations with the neighbours in that broad perspective. We are focussing a lot these days on promoting people-to-people contacts with Nepal, Bhutan, Sri Lanka, Myanmar and Bangladesh. We are promoting the concept of unilateral, non-reciprocal relations with our neighbours. This broadly means that India should not expect reciprocity with some countries in our relationship. Their welfare is our welfare too a concept Indians have to understand.

We must allow autonomous, sovereign space to our neighbours and they should not get the feeling that they are being dominated or overwhelmed by India. Indians should realise that some of the requirements in the neighbourhood cannot be met by India alone. Their requirements are far greater than sometimes what we imagine.