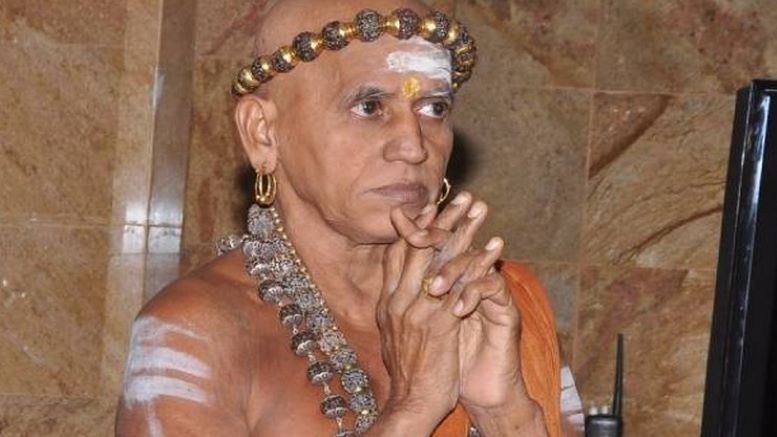 The piece also berated the 292nd pontiff of the Madurai Adheenam, the late Sri Arunagirinathar by terming his activities ‘joker-like’. The piece goes on to say that the activities of the current pontiff have angered HR&CE Minister Sekar Babu. It calls the minister an embodiment of ‘patience, devotion, and humility’.

“What happened to Chinnavaal (taking a sly dig at Brahmins), Jayendrar during the Jayalalithaa regime? We hope that today’s Madurai Adheenam remembers the incident when the ‘Mahaguru’ was made to count the jail bars. He was not just arrested and sent to jail. The many incidents that followed where his reputation was damaged, we hope the Madurai Adheenam realizes that. The Madurai Adheenam should not think that these incidents are being cited to threaten him”, said the Murasoli in reference to Kanchi Shankaracharya Jayendra Swamigal’s arrest.

The DMK mouthpiece said that the Madurai Adheenam should stop talking that will impact the law and order situation in the state. SM users have called out Murasoli for threatening the pontiff.

Murasoli also used BJP leader H.Raja’s remark where he said that Stalin is a bigger threat to Hindu Dharma than Karunanidhi to warn the pontiff not to make comments against DMK. The seer has been critical of the current TN dispensation and has criticized its policies on numerous occasions. He had even accused the HR&CE of corruption and called for it to be disbanded.

“The government does not interfere in the functioning of churches. The same goes for mosques. But the government interferes in the functioning of our temples through the HR & CE department. This department has turned our temples into a den for plunderers. It should be disbanded,” the chief of the Madurai Aadheenam, Harihara Desika Gnanasambantha Paramacharaya, said during a meeting in Madurai.

“They (temples) should be ideally given to us (Aadheenams), but we won’t mind even if they don’t give them to us. A judge with a panel of lawyers should administer the temples. The panel will also consult pontiffs and local people. This is how temples should be managed,” The Hindustan Times quotes the Paramacharya as saying.

Asking Hindus to not put money in temples he said, “You call our Gods ‘demons’ but are fond of its undiyal (donation box). Earlier there used to be five idols in a procession. But now, there’s a sixth one, an undiyal”. He accused the HRCE of corruption in handling the money collected through hundis.

It must be recalled that HRCE Minister had threatened the seer when he exposed the misdeeds of the department and also took the government to task for banning the Pattina Pravesam ritual. The minister said, “Don’t mistake our crouch for fear, we also know how to pounce. HRCE will not allow Madurai Adheenam to continue speaking like a politician”.